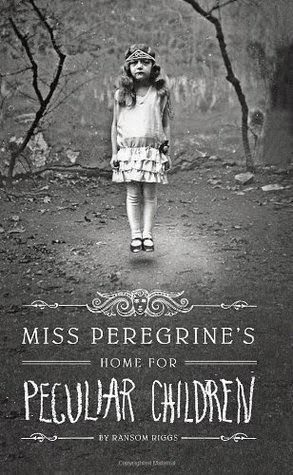 Just finished reading this book for my Young Adult Book Club 's September book club pick!  Here is the goodreads description:
A mysterious island. An abandoned orphanage. A strange collection of very curious photographs. It all waits to be discovered in Miss Peregrine’s Home for Peculiar Children, an unforgettable novel that mixes fiction and photography in a thrilling reading experience. As our story opens, a horrific family tragedy sets sixteen-year-old Jacob journeying to a remote island off the coast of Wales, where he discovers the crumbling ruins of Miss Peregrine’s Home for Peculiar Children. As Jacob explores its abandoned bedrooms and hallways, it becomes clear that the children were more than just peculiar. They may have been dangerous. They may have been quarantined on a deserted island for good reason. And somehow—impossible though it seems—they may still be alive. A spine-tingling fantasy illustrated with haunting vintage photography, Miss Peregrine’s Home for Peculiar Children will delight adults, teens, and anyone who relishes an adventure in the shadows.

I really thought this book was unique.
It was different then most YA Books I have been reading lately. I thought that the world that the author created was neat. I could really imagine the surroundings while reading. I did have a problem again though with the parents. Another YA Book that just removes the parents so the story can not have them involved. Sick of that.I enjoyed the pictures and thought that made for a real interesting book. These pictures are what made me pick the book up and read it so fast.  I found myself looking forward to whatever the next picture in the book was going to be.  And I found it interesting that these pictures are real, found at flea markets.  The author has said only two of the pictures have been altered (I am dying to know which two).
I was kinda bummed when I found out that there is going to be a sequel.  I love how the book ended and am disappointed that there is going to be another one. Everything seems to have to be a series anymore.

Spoilers: to be honest I thought this book was going to be more of a horror book but instead it was just a bunch of kids who are called peculiar people which reminded me a lot of Xmen and mutants.  So this would kinda be like Xavier's school for the Xmen.   It was a peculiar book!!But I found it interesting that this loop keeps kids the same everyday. I think though the Bird was selfish though. She couldn't removed the kids from that spot so they wouldn't die from the bomb and then their lives would've went on. But she insisted they live the same day over and over. The dead kid upstairs was CRAZY! The boy who murdered the little dolls he created-crazy! I think the kids started to just think that they could do whatever.

I couldn't really tell the age of the kids. After seeing the last picture in the book of Emma and Jacob's grandfather she seemed to more 17 or 18. But while reading the book everyone seemed like they were 10. The loop was confusing when they could travel around in different loops. What I mean by that is.. so they travel to Jacob's current world in the loop their in and so they age. So does that mean they always have to travel through loops before their time (since they are on the hunt for another loop right?)

I enjoyed the pictures and thought that made for a real interesting book. I was a little surprised that Jacob left his family though. But it seemed he didn't have a good family life anyways. I like how the book ended up in the air. Very Stephen King-ish. He does this a lot. Though now we will venture with them to find a new loop and save the birds. 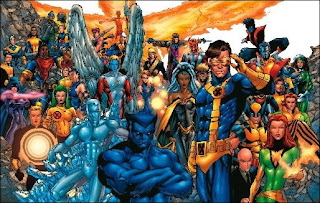