Looking for someone to read a YA Book with? 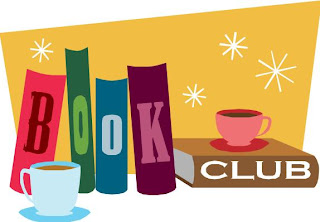 Hello!!  It's that time.. time to vote for the Young Adult Book Club 's book of the month.  We really have a lot of fun at my book club so if you are looking for a group that is active and really reads and participates then this is the group!  Here are our nominations this time:

Poll
What book would you like to read in January?

Beautiful Creatures by Kami Garcia Radiant Darkness by Emily Whitman The Opposite Of Chocolate by Julie Bertagna Raised by Wolves by Jennifer Lynn Barnes Send Me Down a Miracle by Han Nolan Under the Never Sky by Veronica Rossi Out of the Dust by Karen Hesse Spellspam by Alma Alexander Wanderlove by Kirsten Hubbard Dark Water by Laura McNeal
comments and details · show results · invite friends
Posted by Angela's Anxious Life at Tuesday, November 20, 2012 No comments:

Harry Potter and the Sorcerer's Stone by JK Rowling-Review 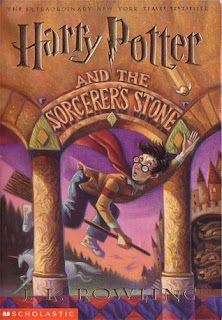 Harry Potter and the Sorcerer's Stone by JK Rowling

As some of you may have noticed I haven't posted anything in a while.  My dad was in a terrible motorcycle accident so I am in the hospital with him.  We have been on a roller coaster ride. I would like to take a moment before I go into my review to remind all of you who ride a motorcycle to wear a helmet at ALL times.  It saved my dad's life.  We have a journey to go through but he is here.

Since I had to leave home fast and am now in Utah I had to leave all my library books behind.  I have had so much going on that I just can't read any crazy serious books.  So at first I would play Angry Birds everyday... and then I finally started to relax.  I looked around my mom's house who has plenty of books and decided why not give Harry Potter a re-read.  Those books bring me so much joy and I don't think I've read them since book 7 came out.

Here is the goodreads description:
Harry Potter thinks he is an ordinary boy - until he is rescued by an owl, taken to Hogwarts School of Witchcraft and Wizardry, learns to play Quidditch and does battle in a deadly duel. The Reason ...

HARRY POTTER IS A WIZARD!

I am really excited about this re-read.  I have only read book 7 once so I am looking forward to getting through them.  I have actually been to the Wizarding World of Harry Potter in Orlando and it was amazing.  If you are a Harry Potter fan then you do not want to miss this park!!  They did such a good job of making you feel like you are really in their world. 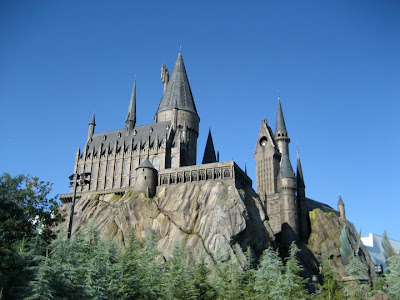 Well I will be reviewing the next Potter books.  Thanks for those of you who have been hanging around.  Once dad is home from the hospital and things calm down I should be back onto reading everything!

Here are my reviews of the other books:

This is the day of the week where we get to know each other better by answering a question devised by our lovely hostesses Parajunkee & Alisoncanread. We also gain new followers by joining each other's sites via GFC, so please let me know if you're a new follower. And now for this week's question....
Q.  What is a deal breaker for you in a book? For example, do you hate love triangles?  Or can't deal with bad editing?
Well for me I really try to finish every book I have read.  The few that I haven't finished was just because they were over 500 pages and I would quit with about 100 pages to go.  I just can't stand when a story goes on and on for no reason! It drives me nuts.
What about you?
Posted by Angela's Anxious Life at Thursday, November 01, 2012 18 comments:

Shatterproof - The 39 Clues Cahills VS Vespers by Roland Smith-Review 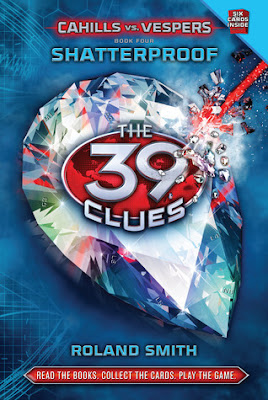 Shatterproof the 39 Clues by Roland Smith

I just love this series... obviously since I am still reading it and this is book #14 in the whole series!  Here is the goodreads description:


After pulling some spectacular heists, Amy and Dan have become two of Interpol's most wanted criminals. So when Vesper One orders them to steal the world's largest diamond, they know they're facing life in prison...or worse. But with the Cahill hostages still in peril, Amy and Dan have no choice but to launch a mission that leads them to an ancient city full of dangerous secrets. With a Vesper mole sabotaging the Madrigals from inside, Amy and Dan have to fulfill their enemy's request before it's too late. Vesper One has developed a taste for killing Cahills, and Amy and Dan aren't going to wait to see who's next.

Yet another great book in the 39 Clues journey.  I wish I didn't have to read the library version though.  I think the normal version has more items in it.  Such a bummer!! I see all these pictures on the website that goes with the book and I have no idea what the


I think in the series Cahills vs Vespers there are only 6 books.  Which is good because I want to start up this next series called Infinity Ring .  This series looks just as cool and it seems like they are going to do it about the same way.   This new series seems like they time travel!

Ok so enough about this new series... more about the book I am reviewing here!  I think this one had a much more young adult feel then middle grade.  One thing about this book is that there is a LOVE TRIANGLE!  Nooooo I don't even know what to think about the introduction of a love triangle with only two books left I don't know what will happen????  Also this book seemed shorter then all the other books in the 39 clue series.. though I did need a short read right now it just seemed REALLY short.

Posted by Angela's Anxious Life at Thursday, November 01, 2012 No comments: