My Spirit is Free

After a long 8 months living with a horrible roommate.. my life is free!  Last week felt soooo good.  My spirit felt good.  It's not that life was any different but I was just happy for the first time in a long time.  Thank God my life is back to normal!
Posted by Angela's Anxious Life at Wednesday, December 08, 2010 1 comment:

My so called "roommate" and I don't get along at all.  We don't speak, we don't even look at each other.  Frankly it pisses me off.  For a while there I would say hi everytime we saw each other (which is what my mom told me to do).  Then one day I thought I would test it and see if I said nothing if he would say anything.  Well the answer to that is no.  Nothing.  Straight walks past me.  I can't believe someone has the audacity to do this.  You live in my house for free, eat my food for free.  Oh yea you've started paying a little money lately only because I told you to.  You are moving out only because I told you to.  But I don't care if I EVER see or talk to you again!  Seriously.  He has never respected me since he moved into this house.  Has never tried to get involved with anything.  For a while there I thought it might be me... so I kept making effort after effort of just getting along for a few days.. and then to be let down again.  So then I made a list... which is advice that is always given to people.  And I just don't see how the relationship failure is mine.  I mean I specifically asked you to simply clean the bathroom every two weeks.  Vacuum your room once a week, and clean your sheets every two weeks.  Totally ignored.  So I have to do it.  I don't care if this seems like harsh cleaning.  It is what I do and you are in my house.  When you FINALLY go..... I hope to not have to see you again.  I don't wish you ill... but I do wish you to stay out of my life!
Posted by Angela's Anxious Life at Friday, October 22, 2010 No comments:

Haven't blogged in a while.  Funny that when blogging I try to think of something inspirational or smart sounding to write about.  For example... I have a friend on facebook who always writes the best posts!  Here are a couple....

I can't stand it when people misuse their, there, and they're, where, and were, to, too, and two. On that note, there is also a vast difference between saying dunno instead of don't know, and misusing the words to/too. The word "to" is a preposition/part of an infinitive, whereas "too" means also, or tambien for our ...Spanish speakers. These small illiteracies can make one seem illiterate... Happy Sunday!!

I may be the least observant person on the planet. When some people give directions they use landmarks as a directional indicator, "Oh yeah it's next to the furniture store by the bakery." I could live next door to these places for years and not know. I'll drive home and ask myself "When did they build that?" I could ...be sitting in a lawn chair, in the dead center of a construction site, and probably not even notice.

Does anyone really like the yellow Starburst? I mean the orange Starburst is already pushing it. And every time someone wants to bum one from you, you conveniently delve out the yellow one. It's the same with Skittles. No one really wants the yellow or green and somehow the package is always full of those. I'm guessin...g the price on red food coloring is higher. It's hard to "taste the rainbow" when there is none...

My posts are never that fabulous!  I read read read yet I can't write for anything!

Well I am getting excited to go home.  I can't remember the last time I went!  There is nothing in the world like going home!  I get to see my childhood pets, get home cooking from my parents, do some fishing, and relax!  Hoping to even do some tourist type stuff!
Posted by Angela's Anxious Life at Monday, September 27, 2010 No comments:

Finally the new season of TV shows is starting. I realize I watch mostly reality.  I love it.  Is that sad?  That we love to watch other people's lives go to crap?  Maybe?  I enjoy listening to it in the back ground while I read.... just goes to show that I don't need to pay much attention to a reality show. Just half my brain cells.

Why is it that August-October tends to have no movies come out in the theater?   What a crappy time for movie goers.  Yes I catch up on all the rentals I missed out on. Plus our BBV gift card is done so now I have to really get all my movies from the library.  At least those are free.  And then our TV breaks so now everything I watch is either on a 100 inch screen or a 32 inch screen.  No middle.  At least Halo comes out this week!

I HATE electronics.  They always break around me... and I mean the littlest things.  I do nothing to them and they break.  But I also hate them because they cost so damn much and break in no time. For example we have had many computers break within 3-4 years.  Just boom... obsolete.  We even stupidly sent in our last laptop thinking it was still under warranty when Gateway let's us know that it was users fault.  How is the screen coming off users fault?  Because we opened and closed it???  Then we get the computer back... and they broke it WORSE!  So within a week... tossed.  Our little digital camera.. broke from sand.  More phones then you can count have broke or become old (especially cell phones).  Dvd players get too hot or just break.  Cable boxes... just threw out three.  And now our 5 year old DLP TV just... woosh... broke.  The bulb goes out.  OK fine we know those TVs do that.  Why though do we order a new bulb put it in and the whole system crashes?? ??   And an expensive TV at that.  I sure do miss the quality of old electronics.  CRT TVs... I still have two.. one of them from the 80s, I sure do miss them.  The old hard ass big phones... those never broke.  Oh electronics... I have a love/hate relationship with you! 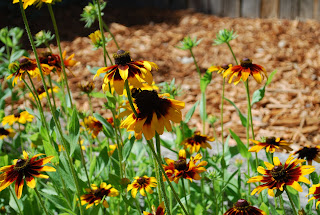 OK soooo I've had this fancy camera for a long long time.  I think it's about time I learn to use it.  I am going to go downstairs get this fancy book we have and read through it.  Today I tried to take some cool ones of flowers.  I planted a bunch of wildflower seeds in the backyard and only one type came up!  The bees are all over the place out there that's for sure.  Now why won't the birds ever come visit?
Posted by Angela's Anxious Life at Thursday, September 09, 2010 No comments: 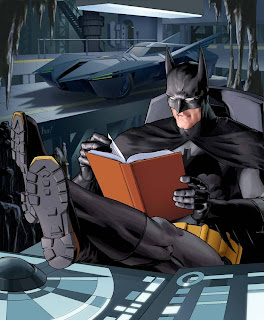 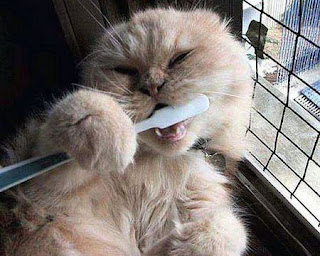 Sitting here alone.... so I had a total freak out last week.  I was sooo worried about whether or not I was going to have to have a root canal.  I lost sleep over it... finally I got brave and went back into the dentist.  And BELIEVE me I did not want to go.  But I got up the courage and then I go in and it turns out that I just need to use prescription toothpaste.  I mean WHO knew there was even such a thing?  So here's hoping that helps and that there is no root canal in my future!

I think I officially have a squatter at my house... I can't be sure but all signs point to yes.
Posted by Angela's Anxious Life at Wednesday, September 08, 2010 No comments: 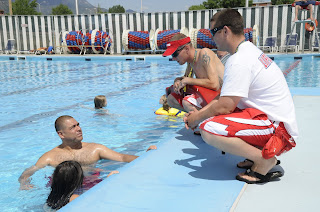 Well this was a full weekend.  Though I did well!  Went to see King Tut, and the Taste of Colorado.  Both which were very busy.  Tut you could barely see the artifacts.  But I am glad I went.  I do hate crowds.  I have learned to focus on my feet though and not think about just how many people are smashed in the room with me.  On a positive note.. Harrison Ford was the narrator for the King Tut tour!  Can't believe summer is over, today was the last day for the pool. (That is my pool above) I will miss it so much.  It is so relaxing to float on my back.  It is as if I don't have a care in the world.  Just me the water and the sun.
Posted by Angela's Anxious Life at Monday, September 06, 2010 No comments: