The Graveyard Book by Neil Gaiman-FREE

Hello all!   The Graveyard Book by Neil Gaiman is one of my favorite books AND it's FREE! 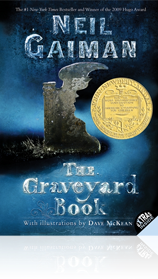 Go to the above hyperlink and check out the book.  If you haven't read it before perfect!  If you have read it now is your chance to listen to Neil himself read it! Here is a goodreads description incase you have never heard of it:

After the grisly murder of his entire family, a toddler wanders into a graveyard where the ghosts and other supernatural residents agree to raise him as one of their own.

Nobody Owens, known to his friends as Bod, is a normal boy. He would be completely normal if he didn't live in a sprawling graveyard, being raised and educated by ghosts, with a solitary guardian who belongs to neither the world of the living nor of the dead. There are dangers and adventures in the graveyard for a boy. But if Bod leaves the graveyard, then he will come under attack from the man Jack—who has already killed Bod's family . . .

Beloved master storyteller Neil Gaiman returns with a luminous new novel for the audience that embraced his New York Times bestselling modern classic Coraline. Magical, terrifying, and filled with breathtaking adventures, The Graveyard Book is sure to enthrall readers of all ages. 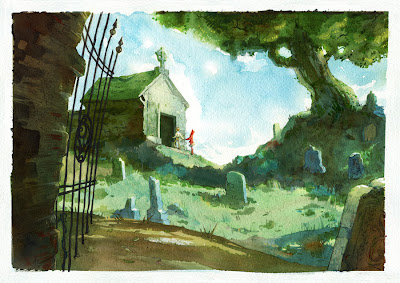