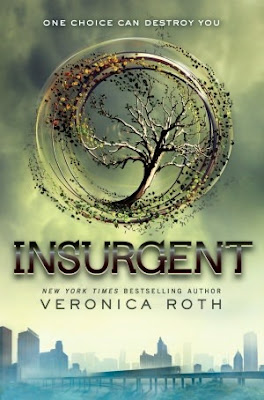 I love Veronica Roth's writing!  She tells such a good story.. though this did remind me of a lot of the movie The Village. Here is the goodreads description:
One choice can transform you--or it can destroy you. But every choice has consequences, and as unrest surges in the factions all around her, Tris Prior must continue trying to save those she loves--and herself--while grappling with haunting questions of grief and forgiveness, identity and loyalty, politics and love. Tris's initiation day should have been marked by celebration and victory with her chosen faction; instead, the day ended with unspeakable horrors. War now looms as conflict between the factions and their ideologies grows. And in times of war, sides must be chosen, secrets will emerge, and choices will become even more irrevocable--and even more powerful. Transformed by her own decisions but also by haunting grief and guilt, radical new discoveries, and shifting relationships, Tris must fully embrace her Divergence, even if she does not know what she may lose by doing so. "New York Times" bestselling author Veronica Roth's much-anticipated second book of the dystopian "Divergent" series is another intoxicating thrill ride of a story, rich with hallmark twists, heartbreaks, romance, and powerful insights about human nature.

I waited for so long this book to come out! And now I have to wait forever for the next one!! ERRRR This was a great follow up to the first book Divergent... though I liked the first book better. Sometimes in this book I couldn't figure out why we were doing what we were doing. We kept bouncing from faction to faction and that kind-of annoyed me. And I agree with others that since this books starts off exactly where the other book leaves off with no re-cap whatsoever that it is a little confusing at first if you are like me and haven't read Divergent since it came out a year ago.

Spoilers to come:  Honestly it had been so long since I had read Divergent I forgot there was an "outside" world.  So I was quite surprised at the end to even learn about the outside hahaha!  But then of course I remembered.  I have to admit I really loved the blog campaign that was going on for this book!  It was a lot of fun to watch even though I didn't actually participate.  (wasn't really sure how to join a team).

All in all I enjoyed the book... it was missing that WOW factor that Divergent had which is why I gave it four cats instead of five.   By the way... my faction is totally Dauntless! 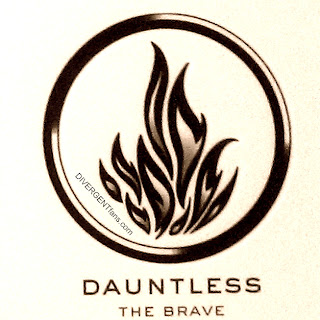 My review of Divergent by Veronica Roth