This issue I talk about The Gigantic Beard that was Evil, Batman Vol 8 Superheavy,  Y: The Last Man, and  Aquaman volume 7. 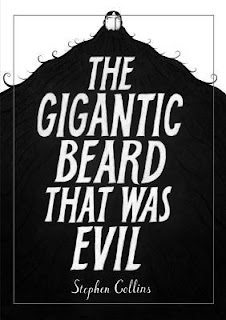 This graphic novel was crazy!  I'm so glad I discovered it.  The artwork is amazing. The comic is about a guy, Dave, who lives in a place called Here. It a town where everything is normal and nothing is different. Everything is perfect... reminds me a little of the Lego movie where everything was awesome.  Dave is a little different from the other people.  He has a nose hair that won't go away.  Every time he cuts it, it grows back. The town fears a place called There.  There is where bad things happen, though no one really knows what. No one has been there and returned.  There is supposed to be full of chaos. One day... Dave has terrible things happen. That hair that keeps growing back suddenly grows out of control! His hair causes a lot of drama in the town where everyone starts to stand outside Dave's house to watch his uncontrollable beard. His beard is eventually outlawed because it can't happen Here.  The town comes up with a plan to make sure Here is protected.  The story is a little preachy but really a nice tale of people conforming to what society wants.   5 out of 5 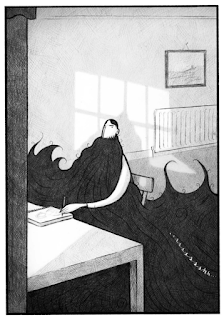 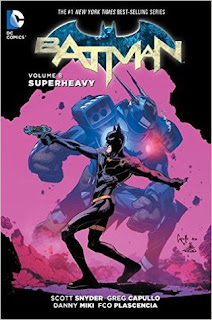 So I've been trying to finish the Batman series in the new 52 and maybe they just need to end it.  Batman has been replaced by Jim Gordon.  It's like Bruce Wayne get amnesia but then doesn't.  He has no interest in being Batman again.  Jim is chosen to be the new Batman and so now he's out and about trying to fight crime. Chosen by some group called Powers Corp.  I had to look at other reviews and realized I wasn't the only one who didn't know who that group is.  I guess it's being introduced in this comic.  Whatever. There is a sunflower villain in this comic.  I wasn't sure what I was seeing at first.. but yeah, a sunflower.  Bloom is his name.  He hands out seeds to people and it gives them superpowers. Bloom is going to be in the next volume and I would be interested in seeing where that villain goes.  Sometimes having the same villain over and over again gets boring.  Bloom is taking a chance on an entirely new villain which can be hard to get used to when I'm so used to all the villains from before. 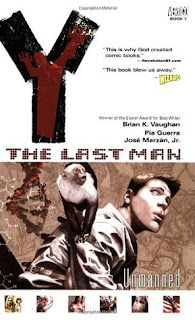 I remembering hearing so much about this comic so I had to go and read the first volume.  I've been waiting a while to write up some reviews and honestly I can't remember anything about this comic.  I have to go back and look at reviews to refresh my memory. So all the men in the world die, except one. This one man wants to go and find his girlfriend so he sets out into the world.  While out and about he meets all kinds of women.  Including a group who swears that if they find any living men they are going to murder them.  I thought this was odd because don't they want to populate the world again? Or just have a relationship with a man?? The even cut off one of their boobs so they are able to shoot at these men better because apparently women warriors used to do this.  I think I had planned to read more into this series but I totally forgot I was even reading this series so I'm going to just pass.  Which is really too bad because I've been trying to read more outside of superhero comics. 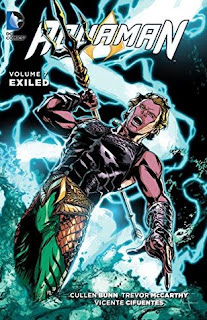 This issue seemed to be a filler volume.  A story we have read before.  Aquaman's wife wants to kill him and she is taking over Atlantis. He is banned from Atlantis for not wanting to take over another world. Arthur never really questions why he's called a traitor for this. The people from Atlantis who are on Arthur's side still kind of think he's a traitor.  They never really take his side until things are revealed.    Mera's sister Siren is in this volume and I did enjoying that.  This volume kind of goes way off topic from the story we've been following since volume 1. The artwork is changed up in this volume, it is much darker. Justice League makes an appearance which was the best part of the comic.  I'm not too worried about finishing this series since the New 52 is coming to an end so I'll for sure finish out Aquaman.


This counts for 45 comics towards my 2016 Graphic Novels Challenge.