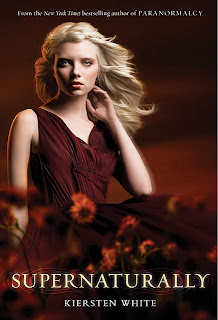 I read this book because I enjoyed the first book Paranormalcy which I read for my YA Book Club.  The second book is just as good!  Here is the goodreads description:

Evie finally has the normal life she’s always longed for. But she’s shocked to discover that being ordinary can be . . . kind of boring. Just when Evie starts to long for her days at the International Paranormal Containment Agency, she’s given a chance to work for them again. Desperate for a break from all the normalcy, she agrees. But as one disastrous mission leads to another, Evie starts to wonder if she made the right choice. And when Evie’s faerie ex-boyfriend Reth appears with devastating revelations about her past, she discovers that there’s a battle brewing between the faerie courts that could throw the whole supernatural world into chaos. The prize in question? Evie herself. So much for normal.


I love the new characters in this book and the old ones as well. Some great new paranormals. There is still the great humor in the book... for example when Evie is always saying "bleep" instead of a curse word! That is fun! I like that Evie is trying to be on her own and grown-up. I had a few problems with some of the things that happens with the fair world... for example she enters it but for like 5 minutes and then leaves and nothing but a ship bombing happens. I do like that that Evie is moving on to college.  I thought it was great though and a fast beach type read. 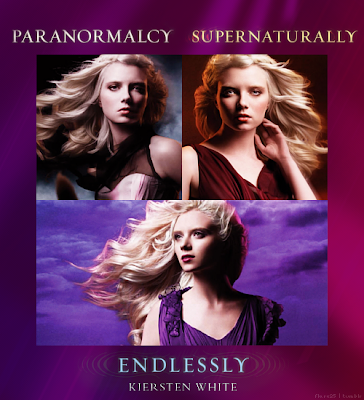