This week I am excited for Reached by Ally Condie!  I have been waiting to see this cover for a long time.   After announcement and cover reveal of Reached Ally was featured in Entertainment Weekly... here is a link to the interview .  Here are some interesting points about this cover from Ally's website:
* People have asked if we planned to do the three books the colors of the three tablets. YES. That was the designer’s brilliant idea from the very beginning, with the first cover of MATCHED. We’ve always known this cover would be red. The green tablet was important in MATCHED, the blue tablet was the focus in CROSSED, and the red tablet will be center stage in REACHED.
*You’ve also likely noticed that the second letter of each title is slightly skewed (the A in MATCHED is missing the line across the middle, the R in CROSSED is backwards). In this title, the E is missing one of its lines–but the three lines in the middle are there, and they are all equal. This has symbolic meaning for the three main characters/voices in the story–Cassia, Ky, and now Xander.
*People have been asking about the November 13 release date showing up on Amazon. While I know that we plan to release in November sometime, my publisher has not told me the date yet. So as far as I know, that’s not official. But if I do get confirmation on a release date, I will be sure to keep you posted. 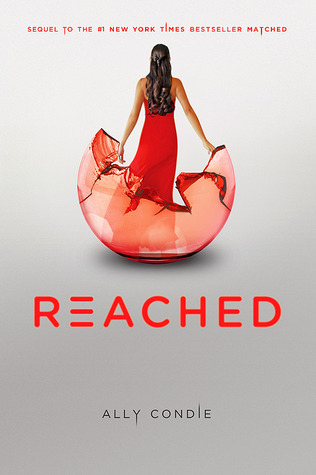 What are you waiting for???