The Book of Lost Things by John Connolly Review 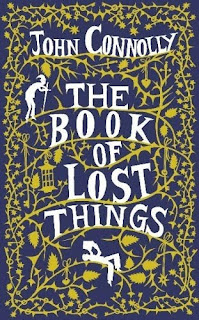 The Book of Lost Things by John Connolly

I read The Book of Lost Things for my YA Book Club .  It was a cool book.. here is the goodreads description:


High in his attic bedroom, twelve-year-old David mourns the death of his mother, with only the books on his shelf for company. But those books have begun to whisper to him in the darkness. Angry and alone, he takes refuge in his imagination and soon finds that reality and fantasy have begun to meld. While his family falls apart around him, David is violently propelled into a world that is a strange reflection of his own -- populated by heroes and monsters and ruled by a faded king who keeps his secrets in a mysterious book, The Book of Lost Things. Taking readers on a vivid journey through the loss of innocence into adulthood and beyond, New York Times bestselling author John Connolly tells a dark and compelling tale that reminds us of the enduring power of stories in our lives.

This book is soooo interesting! I love how the prose is in the book. Very neat. Spoilers to follow: I am not sure what to think of the ending. Poor David's life when he came back to the real world just seemed sad. When he goes back to the other world and the Woodsman is his dad that was nice. And his wife and child are there. But was David young again? It's like David missed the point of coming back to the real world. Trying to enjoy the life he had. I guess the book started with Once Upon a Time... and then the ending wasn't a happily ever after ending like I expected. David’s dad and Rose get divorced, Georgie dies in a war, David’s wife and child die, and he lives alone for the rest of his life. The ending felt rushed. The rest of the book was so detailed and then in the end David wakes up from a coma, lived and died.

One big debate about this book is if it is a young adult book or not? I think this is a young adult book. But it has to be a mature young adult. It is very descriptive and takes thought and time. Some young adult books to me can be fast and the language is for basic high school (think of the Twilight writing). A lot of teens like that though so those will sell more. Some of the material is tough to read about.. though not graphic at all. The torture chambers, sexual references, are for older teens/adults only. The title... The Book of Lost Things.. has so much more meaning to me now that I am done. I just love the title, and I think it is about life. When we are young we all think things are perfect and nothing can happen to us. Jonathan and David both become men in the other world and lost that childhood innocence. I believe that is what the title means.
The Young Adult Book Club is also having a big debate about the portrayal of women.  Some people think most women in the book are portrayed as evil...  be sure to check out this debate here.  What do you think?  Are the women evil or not? 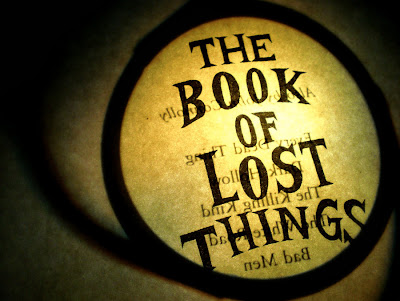 Again I would like to mention that John Connolly the author will be stopping by the YA Book Club on May 15th, 2012 to take YOUR questions.  Please stop by and welcome him and ask anything!  Question and Answer with John Connolly


Oh also my copy is SIGNED.  I got it from the best book store ever... The Tattered Cover  which carried random signed copies of books around the store and I happened to find this book autographed! 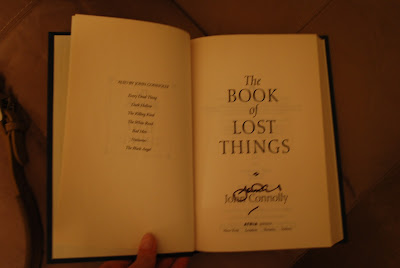