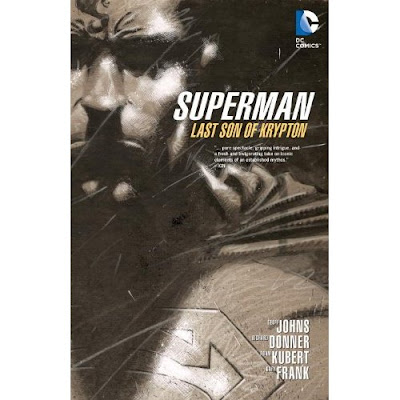 I love a good graphic novel.. and I love comic book superheros.  This graphic novel was amazing.  This comic is actually written by Geoff Johns and Richard Donner.  What makes that so cool is that Richard Donner is the writer of the Superman movie.  Here is the goodreads description:

Geoff Johns' (JUSTICE LEAGUE, AQUAMAN, BLACKEST NIGHT, GREEN LANTERN, THE FLASH) two most acclaimed stories of his now classic ACTION COMICS run are now collected here, for the first time together! Along with co-writer Richard Donner (director of the original Superman feature films), Johns will take us on a epic journey that will leave Superman re-examining everything about himself. A rocket lands in Metropolis containing a boy Superman thinks is from Krypton. Along with figuring out what that means to him, Superman must protect young Christopher Kent, who has become the most valuable child on the planet thanks to his immense power. Will Superman be able to protect him against both Lex Luthor and his new Superman Revenge Squad, as well as the Phantom Zone criminals General Zod, Ursa and Non? This all sets the stage for Superman's showdown with one of his greatest foes: Brainiac! With art by Adam Kubert and Gary Frank, this new collection contains ACTION COMICS #844-846, #851, 866-870, and ACTION COMICS ANNUAL #11

The story in these comics are really good.. and the art is incredible! I love that Lois and Superman look like how they did in the movies. 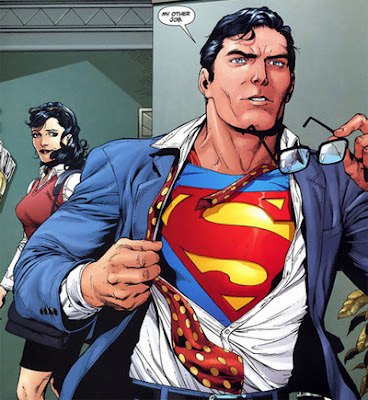 In this comic.. a new Kryptonian comes to earth.. which just so happens to be superboy.  When then find out this boy is the son of General Zod who is released from the Phantom Zone.  By the way I love the Phantom Zone!!  So anyways... a battle happens and oh did I mention that we get to see some great villains (Bizzaro) and the JUSTICE LEAGUE???  Yes!! Who saves the day??  Well not superman but superboy.  It's a sweet story.

The copy of the book I got from the library also includes the story about Superman VS Brainiac.  Again great artwork! 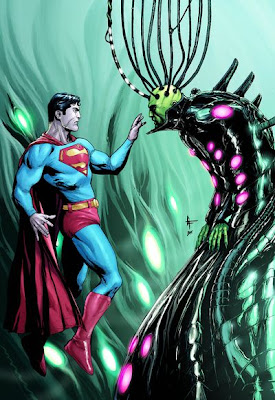 Brainiac is actually really scary.  The art made me realize just what a scary villain he is.  In this story superman stupidly goes to find Braniac who has been looking for him for years and years.  Brainiac then captures Metropolis in one of his glass jars and it seems like superman won't escape.  But with the help of supergirl all is well.  This story arc is actually what the next DC Universe Animated Movie about Superman coming out in 2013 is going to be about. This was announced at Comic Con 2012.

This comics have made me even more excited for the new movie.  I know no one liked the last movie Superman returns, but I actually enjoyed it.  I thought it was a good build up to the next movie Bryan Singer was going to create but never got a chance to. 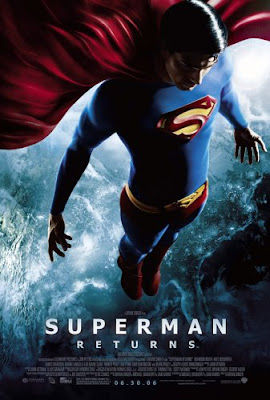 But the new movie I am totally stoked about and yes... I'll be camping out over night for it as usual!! 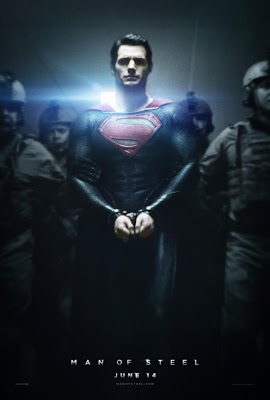