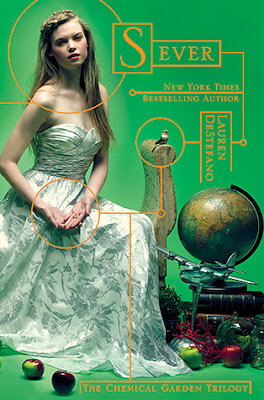 As some of you may know.. I have made it a mission to finish up the series that I have been reading.  I end up starting them through the Young Adult Book Club, and then we keep reading new books every month and I wasn't ever going back and finishing the series.  Well now I am!  And this is the last book in the Chemical Garden series.  Here is the goodreads description:


With the clock ticking until the virus takes its toll, Rhine is desperate for answers. After enduring Vaughn’s worst, Rhine finds an unlikely ally in his brother, an eccentric inventor named Reed. She takes refuge in his dilapidated house, though the people she left behind refuse to stay in the past. While Gabriel haunts Rhine’s memories, Cecily is determined to be at Rhine’s side, even if Linden’s feelings are still caught between them.

Meanwhile, Rowan’s growing involvement in an underground resistance compels Rhine to reach him before he does something that cannot be undone. But what she discovers along the way has alarming implications for her future—and about the past her parents never had the chance to explain.

In this breathtaking conclusion to Lauren DeStefano’s Chemical Garden trilogy, everything Rhine knows to be true will be irrevocably shattered.

I really thought this was a nice wrap up for a trilogy. It did not end in a bow.. there were still things wrong in the world, but we at least felt satisfied with knowing what happens to the characters. One thing that really drew me to this trilogy is the cover art.  I have found some people to really not like it .. but I think the covers are amazing: 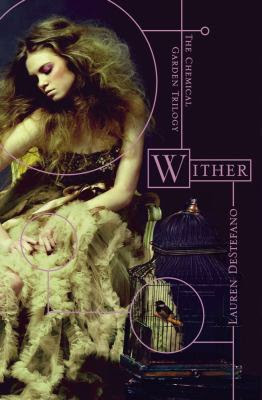 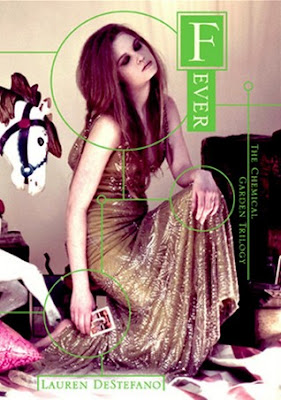 I love all the little clues in each picture for the stories.  Just beautiful!

Spoilers to come:
OK... so as you know with the last book I was really disappointed that we left the mansion only to end up back at the mansion.  Well to tell the truth when I picked up this book from the library I couldn't remember for the life of me what exactly happened at the end of Fever.  I looked all over the internet trying to find a summary of the 2nd book.  Wikipedia didn't even have one! (shocker!!).  Sooo I just had to wing it off my memory.

At the beginning of the book we are starting to find Rhine's brother finally... and forget about Gabriel.  It's like the people in the book don't really care about him.  We'll go find him when everything is all over Rhine decides.  Well he is a boring character anyways.  I feel we never really get to know him. This book I really have grown to love Cecily.  I think she has really matured and found out what the world is really like. Vaughn is still a good villain but now I am not so sure if he really was a villain or not.  Clearly he found the cure for everyone. And yes he went about it in terrible ways, but he did it.  I am not sure if he had just told the truth would the twins have just participated and helped the world?

Now Linden... Linden is a character I love sooooo much.  He is so in the dark .. but yet comes to the light.  I hate (big spoiler don't read ANY further if you haven't read the book).

when he dies.  I was so shocked and surprised, and yes I was surprised when Vaughn dies too.  But Linden I really wanted to see happy.  I wanted to see him and Cecily and their son live happily ever after.  The end of this book was nuts!

I love how the carnival gets mixed up in the story again.  I thought that was important because I knew that somehow after reading Fever that the carnival had to more then one story.  The twists and turns and the fate that the carnival location brings is amazing.   I do wish we could've learned more about the virus.  Why only the US?  Where was the rest of the world?  Was no one helping?  Why would Hawaiians not even know that the continental US had a virus.  Vaughn said that the people there didn't know.  Too many questions here for me.

The crystal balls says:
Clouds are covering! A read that lets me down every now and then but peaks out of the clouds!