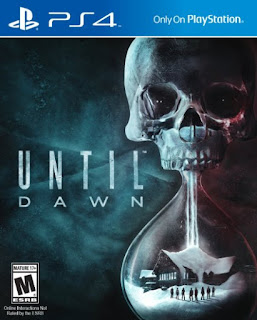 Stop everything you are doing and go and pick up this game.  A friend of mine loaned this to me and I am shocked I hadn't heard more about it.  Apparently, there is a lot of controversy behind the game with is too bad being it is one of the best game of this type I've played since Heavy Rain. Until Dawn was originally supposed to be for the Playstation Move on the PS3.  Sony pushed it back mainly I think because the maker of Until Dawn also had a game out called The Order 1886 and it wasn't as good as Playstation wanted. It's a shame but I suppose in a way it's good because since I haven't seen or heard about this game it was all pretty much a surprise to me. 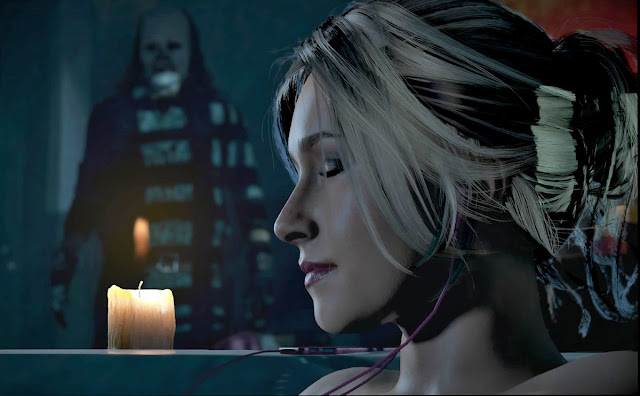 The game is basically about a group of teenagers who are friends that go up to a cabin for a weekend. There is a of course a psychopath on the loose up in the mountains with them.  While they are up on the mountain in the cabin bad things start happening and the teens have to figure out ways to survive till the morning.  This game is similar to me to the style of Taletell games. You make choices and based off those choices determines what happens at the end of the game.  Your choices may kill one of the characters off! You don't run around picking up amo but you do run around and find clues.  You will jump when monsters jump out in scenes.

I discovered that some screenwriters wrote this game!  Which is probably why the horror in the game was so cheesy and fun. For example two teens head off to a cabin to have sex only to have scary things happen to them.  The teens are actors whom you might recognize while playing the game. For example here is Hayden Panettiere: 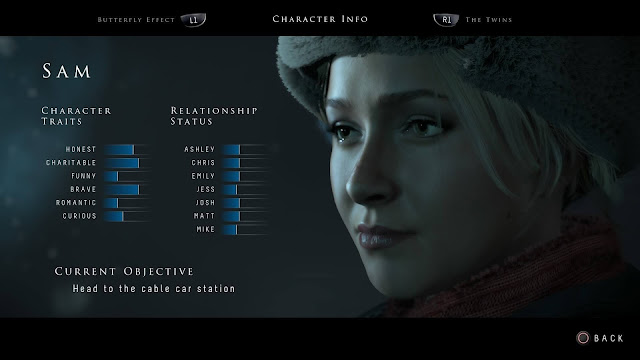 I really wish I could've played the game in one sitting to keep the momentum going.  It kind of slowed down my nerves when I had to quit the game and then start it back up again the next day.  So if you have a whole day to dedicate to this game then play it all day... preferably in a dark room. There is a reason it's rated M.  Swearing, lots of blood, monsters, murder and frights.  I loved it.