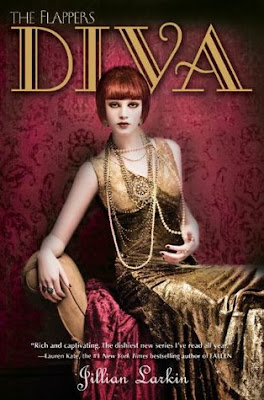 I am continuing my mission to finish the series I read in my Young Adult Book Club .  This is one series I really enjoyed!  I received this book from NetGalley! Here is the goodreads description:

Parties, bad boys, speakeasies—life in Manhattan has become a woozy blur for Clara Knowles. If Marcus Eastman truly loved her, how could he have fallen for another girl so quickly? Their romance mustn't have been as magical as Clara thought. And if she has to be unhappy, she's going to drag everyone else down to the depths of despair right along with her. Being a Barnard girl is the stuff of Lorraine Dyer's dreams. Finding out that Marcus is marrying a gold digger who may or may not be named Anastasia? A nightmare. The old Lorraine would have sat by and let the chips fall where they may, but she's grown up a lot these past few months. She can't bear to see Marcus lose a chance for true love. But will anyone listen to her? Now that the charges against her have been dropped, Gloria Carmody is spending the last dizzying days of summer on Long Island, yachting on the sound and palling around with socialites at Forrest Hamilton's swanky villa. Beneath her smile, though, Gloria's keeping a secret. One that could have deadly consequences . . .


I wanted to read this series the moment I saw the cover of the first book.  The covers are beautiful.  Plus I really love reading about flappers.  It is such a fascinating era to me.  Where women were women who were fabulous and everything they did seemed to be on the edge of being rebellious, and men were gentlemen.   The third book in the series is my favorite.  It's like the author is getting better and better at writing.    Though I do think Jerome and Gloria's story was kinda avoided.

I wish I could've seen all the outfits and places described in the book.  The ensembles of the ladies I tried to picture in my mind but I am not sure if I gave them justice!    I did think the book finished in a little bow.  I thought it finished a little quick.  We went from a big wedding party to just two more chapters and then it was over.

I just think the book could've been a little longer... a few plots line seemed hurried.  Otherwise, I am sad the series is over.  Thanks NetGally for the ARC!!!