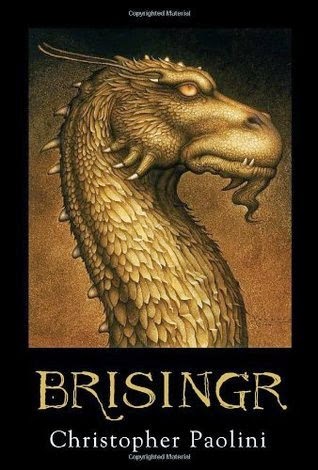 
Oaths sworn... loyalties tested... forces collide. It's been only months since Eragon first uttered "brisingr", an ancient language term for fire. Since then, he's not only learned to create magic with words — he's been challenged to his very core. Following the colossal battle against the Empires warriors on the Burning Plains, Eragon and his dragon, Saphira, have narrowly escaped with their lives. Still, there is more adventure at hand for the Rider and his dragon, as Eragon finds himself bound by a tangle of promises he may not be able to keep. First is Eragon's oath to his cousin, Roran: to help rescue Roran's beloved from King Galbatorix's clutches. But Eragon owes his loyalty to others, too. The Varden are in desperate need of his talents and strength — as are the elves and dwarves. When unrest claims the rebels and danger strikes from every corner, Eragon must make choices — choices that will take him across the Empire and beyond, choices that may lead to unimagined sacrifice. Eragon is the greatest hope to rid the land of tyranny. Can this once simple farm boy unite the rebel forces and defeat the king?

I am so happy to be moving along in this series still!! Yeah!! The books are so long so it does take me some time to get through them. This one was almost 800 pages!  Wowsers! I am really enjoying reading the journey of all the characters in the book so I keep reading on.  I will mention as I did in the reviews for the first two books in the series that this book is wordy.  Paolini goes on and on about details.  The color of the grass... the color of the sky.  There have been a few details that I have rolled my eyes at that they were even mentioned.  Did I have to read that Saphira the dragon stopped so Eragon could "relieve himself".  Um no... I figured he would have to go pee every now and then and not have to read about it.

This book like the others is all about traveling .. a collection of subplots really. We follow Eragon as he travels from one place to another back and forth.  This book he goes to the where the dwarf live while they select a leader.  He has to go there in person to sway the vote apparently.  Then we head back to where the elves live and finally go to the battle.  Brisingr was supposed to be the final book in the series.  I remember when I found out there was going to be a fourth book I was like "NOOOOOOOOO"!!  These books are so long... I didn't want another one.  But it does work... I mean it reads just like the other two so if you like that sort of thing this is an OK third book. 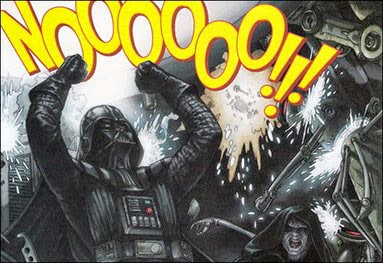 The most important event to happen in the book is the making of Eragon's sword.  Which of course is the name of this book.  Brisingr.  I love that name and the events of making the sword were fun to read about. In this book we get more chapters about Roran, Eragon's cousin. These were the most interesting chapters in the book for me.  Roran's story is all about action and plot rather then Eragon's where we are always reading about what he is thinking.  Roran is a great character because we see him grow from just a farmer to a person who has a lot of responsibility.  He is kind of like Batman.  He really has no special powers expect his own strength and whit.

The book is slow though... until the very end.  All of a sudden the plot thickens!  I finally get to see some of my favorite characters.. Angela, Oromis and Glaedr. Who all get too little parts in the book.  I want everyone to finally meet with Galbatorix who is the illusive villain that the readers have been waiting to see and meet.  Obviously we will get to meet him in book four... I do think though maybe he should've made and appearance a little sooner then that.  I am hoping that book four, Inheritance, is a little bit faster paced.  More action.  Though it is just as long as the first three books so I am sure there will be a lot of details in it.

Again this series is long winded.  Details Details Details.  Even sometimes my mind wanders as a I read along and I have to go back and re-read a paragraph here and there.  If that is not something you enjoy the skip this series.  Whenever I read the reviews on goodreads that is the biggest complaint.  On to the next and final book!!

Other reviews of the books in the series: