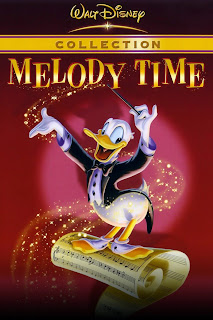 This week's Project Disney is Melody Time...another lesser known Disney movie.  Released in 1948, this film is a collection of music sequences similar to the previous Disney films Make Mine Music, Fantasia and Fantasia 2000.   This was a difficult movie to find since it has not been rereleased since 1998 (and was never released from the theater till then!) so I got it through interlibrary loan. Melody Music is of course not remastered or in HD.  I could really tell... I think the anthology would be beautiful when redone.   The beginning of the film has a pretty little introduction musical.  So fun to listen to ... "Melody Time" is a catchy tune.   The film though is a little... boring.  I hate to say that but I can see why Disney hasn't bothered in releasing it again.


The first video in the collection is Once Upon a Wintertime.  This is based off an old Christmas song that really isn't popular anymore.  The segment shows a couple during their courting time through their memories. They go ice skating and there is almost an accident until there is a great rescue. This is beautiful!

Bumble Boogie is the next musical we get to enjoy.  This song was originally from an opera and titled “Flight of the Bumblebee” by Nikolai Rimsky-Korsakov.  In the opera the bee is actually a prince who is turned into an insect so he can fly and visit his father who doesn't know he is alive.  It is quite a beautiful song.... Disney's version puts a little bit of jazz into the track.  In the Disney interpretation there is a bumble bee who is trying to escape different objects like flowers shaped as piano keys and trumpets. It is a surreal psychedelic video that is colorful and was even considered to be included in Fantasia.

Next up we have The Legend of Johnny Appleseed.  This song shows the story of Johnny Chapman who was a real frontier man.  He would go through Ohio, Indiana and Illinois planting apples on the assumption that by doing this he was insuring a better afterlife (based on his religion). He was planting the trees for profit though, for example he would trade the apple seeds for supplies and what not.  He did die in his sleep as well.  The song for this segment "The Lord's Been Good to Me" is a real hymn that was song prior to the making of this short. Some parts of the story are not true and are apart of the folklore of Johnny Appleseed including the tin hat you see in the video. There is a lot of reference to religion in this short and I am sure Disney would not do this today to not offend anyone... though Johnny's religion was a big part of why he was doing what he was doing.

I checked out the book American Tall Tales by Mary Pope Osborne from the library to read this story.  Of course this is a story with the authors spin on it since that is what all Tall Tales are. I love that Disney presents this tale the way it does... what a fun way to learn about American literature. Disney is one of the places I was first introduced to characters like Pecos Bill, Paul Bunyan,  and Johnny Appleseed.


Little Toot is based off of a book by Hardie Gramatky and since it's quite popular the book is easy to find since it is still in print. The book even went on to be a book series where Toot goes to San Fransisco and even meets the Loch Monster! I enjoyed the story and the watercolor illustrations in it which were also done by the author.  I was unable to find a video of this one .... so you will just have to go and find the DVD to watch it.  This one is a little scary... not just the animation but the song too.  It's the video I remember watching as a kid (probably because it's sad and scary).  That poor Little Toot!  He is just out to have some fun instead of working. In the book we find Toot experiencing a lot of different emotions which is probably why this is still a popular book today. It's about redemption, betrayal, depression, bullying, forgiveness, you name it! 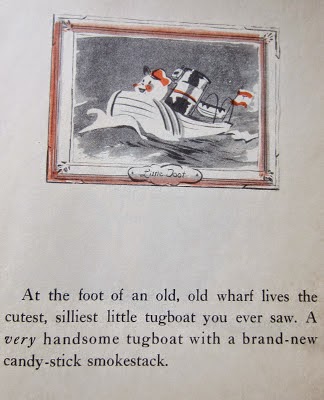 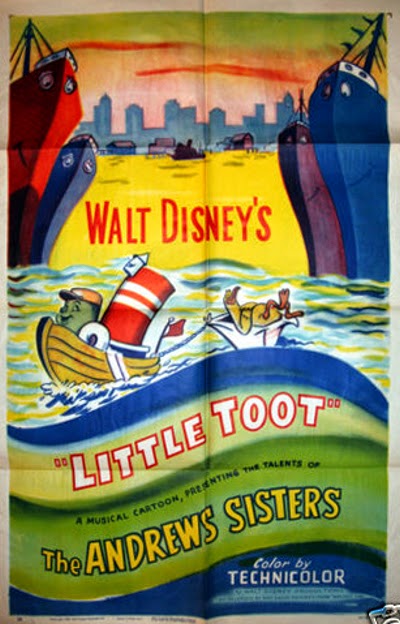 Trees is a musical based off the poem of the same name by Joyce Kilmore.  I'll be honest... this one also has a little bit of religions symbols.  At the very end the tree looks like the Cross on a hill.  Another thing Disney will probably not do again. This is the one film that I would think could be put into Fantasia rather then Bumble Boogie. I was able to find the poem online so here it is:


This next colorful song is Blame it on the Samba which is an English version of “Apanhei-te, Cavaquinho,” by Ernesto Nazareth, a Brazilian composer.  In the video Donald an Jose are bored until Aracuan shows them the Samba.  Donald Duck, Jose Carioca, and the Aracuan bird reprise their roles from The Three Caballeros another feature Disney film. This is a fun song and had me wanting to dance around... there is even some live action footage mixed in.

Pecos Bill is next up.. I am sure you probably saw this one back in the day on the Disney channel, you know before is stopped showing Disney cartoons. Some of the footage was edited when released on home video in 1998.  In the original cartoon Pecos is smoking a cigarette so there are some odd hand movements from Pecos in the home video edition.   One thing I learned from this Project Disney is that Pecos Bill is not real folklore!  WHAT!  I know... he is actually a created story presented as if it was American folklore.  Confusing??  Pecos Bill falls under the category of fakelore. Fakelore is where a character is created and the author makes it seem like they were a folk hero of the American West.  The musical segment for this song includes some live action shots too.  I thought it was neat and the music is catchy.

Pecos Bill was invented by Edward J O'reilly and eventually collected in a book (though I couldn't find that exact book).  I read the Pecos Bill story in American Tall Tales by Mary Pope Osborne which was a fun story to read. I was unable to find this video on youtube but I did happen to find an unedited version on the internet if you are interested in watching it. You can just play it and watch it.  In this one the Indians are still in it and Pecos Bill is still smoking his cigarettes.


Have you seen this film???

Be sure to check out my other Project Disney:
Snow White
Cinderella
Peter Pan
Treasure Planet
Sleeping Beauty
The Great Mouse Detective
The Hunchback of Notre Dame
The Princess and the Frog
Pinocchio
Fantasia
Beauty and the Beast
Lady and the Tramp
Alice in Wonderland
The Rescuers
The Rescuers Down Under
Tangled
Oliver and Company
Mulan
The Little Mermaid
Bambi
101 Dalmatians
Frozen
Fantasia 2000
The Jungle Book
The Emperor's New Groove
The Sword in the Stone
Aladdin
Atlantis
The Aristocats
The Lion King
The Many Adventures of Winnie the Pooh (1977)
Winnie the Pooh (2011)
Robin Hood
Hercules
Pocahontas
Dumbo
The Black Cauldron
Mary Poppins
Lilo and Stitch
The Adventures of Ichabod and Mr. Toad
Make Mine Music
Tarzan
Fox and the Hound
Posted by Angela's Anxious Life at Saturday, January 10, 2015