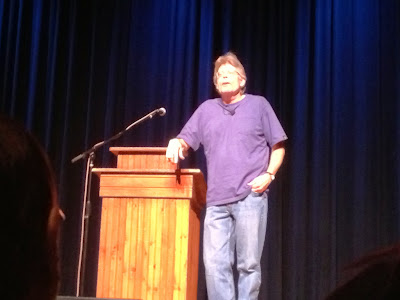 I am so excited... last night I got to attend the Stephen King Doctor Sleep event in Boulder Colorado.  It took place at the Chautauqua theater. For those that don't know this is where the whole journey started for the Shining/Doctor Sleep.  So of course King had to come back here.  If you have read the Stand this theater is where the good guys first meet up when they come to Boulder.

I have loved King for so long.  In fact.. in case you don't know I am the moderator for the Stephen King Fan group on goodreads. Thanks to my mom for introducing me to his books.  I wish I would've had better pictures of King but I have an iPhone and the pictures on Apple phones have always been crap.  I saw everyone around me who had HTC phones taking excellent pics!  Sigh.... 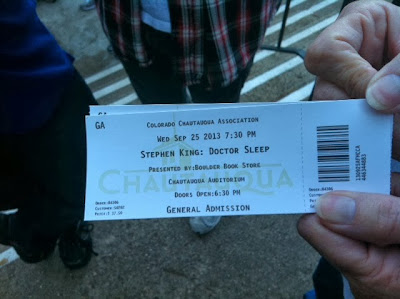 Uncle Steve (which is how his readers refer to him) was so fun to listen to.  He read two passages from his book and then answered some questions at the end (which the moderator read to him).   At the end of the program everyone received a copy of Doctor Sleep.  Out of the 1300 books given out there were 250 autographed copies randomly given out.  My mom actually got one!!  We couldn't believe it! 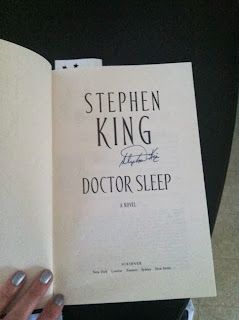 I did get a little tiny video of King when he came out... again the iPhone doesn't have the best camera!

Going to see King was a chance of a lifetime. I really really had a lot of fun. I met a couple King fans in the lines too and that was a lot of fun. We sat in line for 6 hours to get to sit in the second row and it was well worth it. I even wore my awesome Constant Reader shirt! 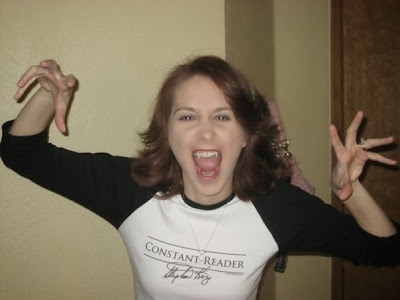 Be on the look our for my review of Doctor Sleep!! 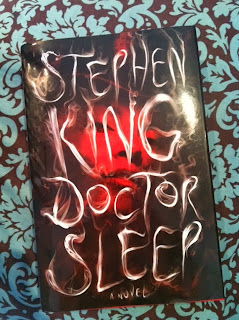