I was excited about Shadow of Mordor when I first heard about it.  Then I heard it is a mix of the Batman games and Assassin Creed games.  I love the Batman games but can't stand the Assassin Creed games.  So I gave it a shot. Honestly it is way too violent of a game for me.  I am going through some anxiety right now so things that are too violent bother me.

We do actually get to go in and see Mordor though it is not how I would picture it at all.  People are living there.  You run around an open world fighting a bunch of different Orc bosses.  If they end up killing you then that Orc continues to level up.  You can level up your weapons too.  It's crazy... every time you go to face a new Orc captain there is a whole intro scene for that Orc.  The Orcs also have hilarious names.

The constant blood everywhere and beheadings just weren't for me.  I am not usually sensitive to violence but it was just too gory.  I play a lot of first person shooters and just like my violence to be more pretend.  Shooting aliens and what not with fake looking blood.  Eventually a friend came over and played the game and I just read while he was doing it so I didn't have to watch all the gore and just looked up during cut scenes. 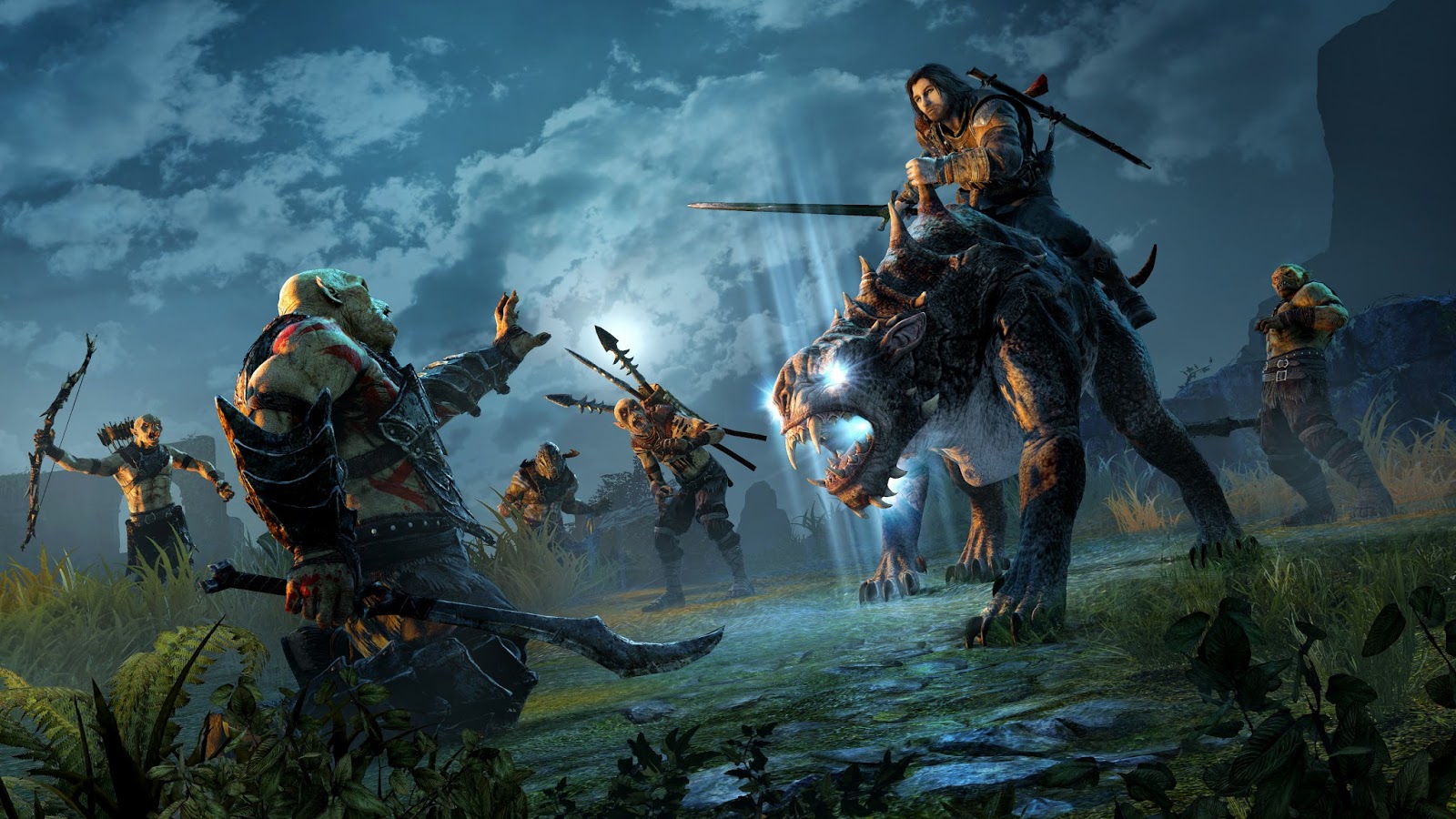 I didn't love this game... but plenty of people out there do.  It has a high score from reviewers so I guess it just depends on what you are looking for.
Posted by Angela's Anxious Life at Friday, November 07, 2014