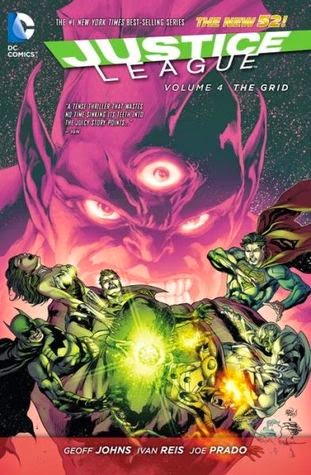 I have really enjoyed the Justice League series so far from the New 52. Since this is a volume 4 we are expected to be caught up with not only this series but a few others.  I didn't find this one confusing though with the merging of other comic series. I did put Justice League Dark on hold and Justice League of America on hold after reading this one.  I would like to learn more about those teams. I can't decide if I like Superman and Wonder Woman together.  Well I love them both but I have kinda always liked the Batman/Wonder Woman love story.  This comic has a lot of villains in it and we get to see a bunch of different heroes villains in one comic.  We get to see the Justice League start to recruit more members like in the TV show.  There is amazing art work in this one too.  We get two full page spreads and for this I am glad I had a physical copy from the library instead of a digital comic.  I give this one 5 out of 5! 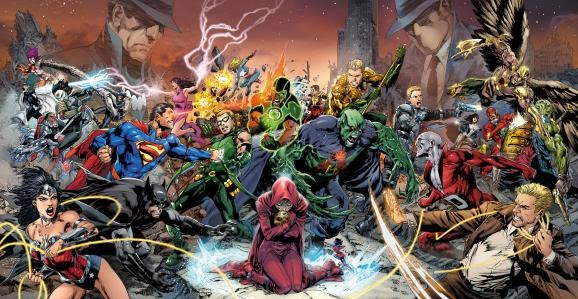 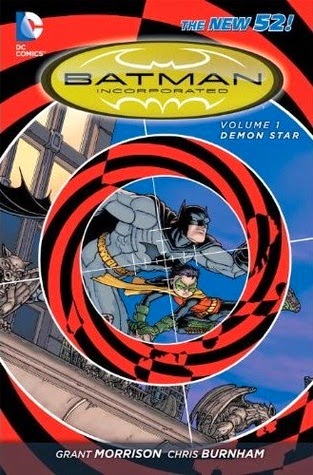 I am only reading Batman Incorporated because this is where (spoiler for Batman comics) Damien dies. I found out about Damien's death through other comics and thought I would jump into this one to lean about how that happened. But... this just doesn't do it for me. Perhaps I've read too much Batman. There are a lot of Batman comics going on right now.  I think I am tired of them.  I don't know.  This was a confusing comic to me.  Lots of characters just thrown into the comic that I hadn't heard of before.  Some were only present for like 2 pages. The art isn't really my style either so that didn't engage me in the comic.  I am going to pass on the rest of this series... and since I know pretty much what I need to know from these comics. 2 out of 5 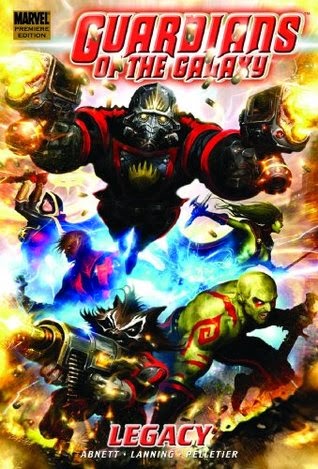 I have been trying to figure out the order of Guardians of the Galaxy.. and this is the issue published in 2008. So I decided to read it to see if it is the beginning of the series.  I don't think it is.. but it was still a good and fun issue.  I could tell something happened before this.... but I wasn't confused.  This issue talks about how the team ends up becoming a team.  We get to see Thanos come in and become the villain.  Interesting that he is the main villain in the next Avengers.  Will the universes cross???  Probably.  I really enjoy reading Guardians.  I love the dynamic between the team members.  I really do love this comic and have but the newer ones on hold too.  So I'll be read the new Guardians at the same time as the old comics.  4 out of 5 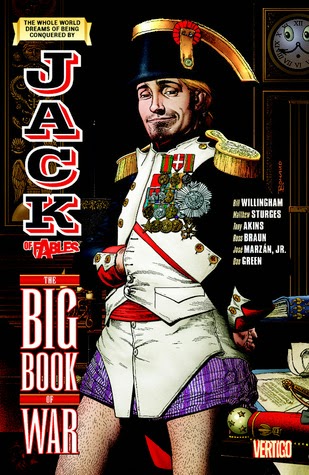 Next up we have Jack of Fables vol 6, which is the issue right before the big crossover issue with the original Fables series. This is the first Jack of Fables I really enjoyed. I am just glad that this big battle we have been building up to forever is finally over and Jack can go onto a new story line.  Of course there are only 3 more issues left in this series. We get a big reveal about Jack in this book... and it's funny.  This is the first issue to me where Jack is funny and not just obnoxious. Mr Revise and his fables face off against Bookburner and his fables. The ox Babe is awful in this book just as in the rest.  I can't stand that Babe gets several pages to ramble on about nothing.  He is supposed to be the comedy and I just don't get it.  3 out of 5

I am now up to 58 books towards my Graphic Novel Reading Challenge!