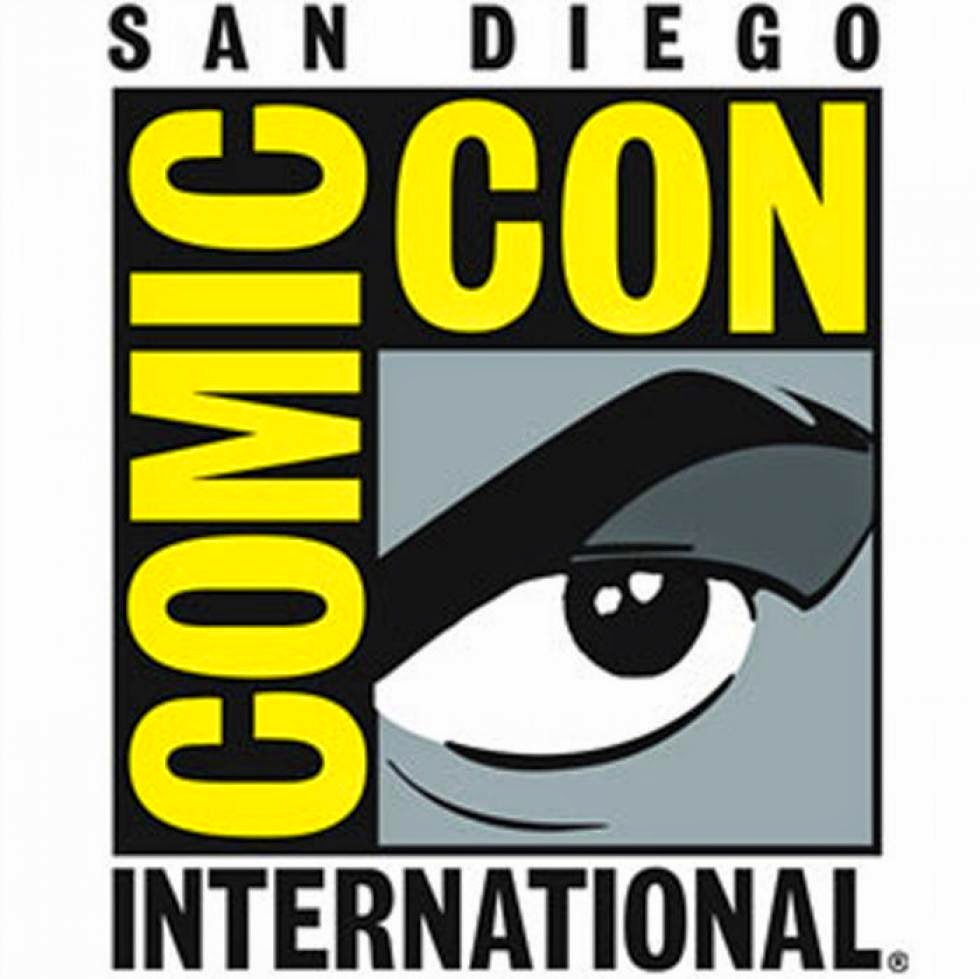 I just got back from an amazing time at San Diego Comic Con.  If you don't know what that it.. well it's the biggest Comic Con in the United States and is very very hard to get a ticket to.  I did also go to the Comic Con back in 2012 too.  This is like heaven for geeks.  It's not just comics.  It's movies, TV shows, celebrities, authors, publishers, video games, EVERYTHING.  So much fun!


For those that don't know.. a few months prior to the event Comic Con announces that they will finally put tickets on sale.  We all crowd around different computers and as soon as it's time to log in we do!  Then you sit around and get put into random waiting rooms online.  You may or may not get accepted into a room with tickets.  We had three people trying and one of us got in.  Each person is allowed to buy three tickets so it worked out. These tickets are non-transferable. After you play the game of trying to get a ticket, then you play the hotel game.  The hotels around the con do set aside rooms for people but that is a limited number as well.  We were able to get one on the shuttle route.  So that was lucky also.  Plus.. it ended up being a beautiful hotel.

Now is the fun of fighting crowds. We were able to get preview night tickets which is where they only allow a limited number of people onto the convention floor where all the vendors are. Of course we had drove all day to get there and so I was so tired by the time I hit the floor.

Thursday there were a few author panels I wanted to see but we ended up doing some San Diego touring. Friday I spend the day in Ballroom 20.  Here I saw the Legend of Korra panel, Bones,  Marvel TV panel (so some sneak peaks of Agents of Shield, and Marvel's Agent Carter), we skipped Hall H this day because we had already attended Walking Dead and Game of Thrones panels in 2012.  We did have to leave Ballroom 20 early to get in line for Hall H.  So I missed the Arrow panel I wanted to see, though I did see them at the Denver Comic Con so I wasn't too bothered.

So let's talk about Hall H shall we???  If you are unfamiliar with Comic Con and how it works and what the halls are .. well here we go.  Comic Con has some huge panels (meaning the crowds).  So they added onto the convention center a section called Hall H.  Hall H is fun.  It is where all the big things happen.  This year Comic Con did something sooo stupid to me.  They decided to implement wristbands.  NIGHTMARE.  Hall H is already hard to get in.  People usually get in line early in the morning, 5 am.  This year.. since these wristbands were being handed out and you had to have them to get in the first panel of the day in that Hall there was a mass of people getting in line at 2 pm on Friday for Saturday.  We ate dinner and headed into line at 530pm.  We didn't get wristbands until 1130 PM.  Thousand and Thousands of people were camped out for this. On concrete.  I tried to mak it.  If you follow my blog you know that I camp out for a lot of things.  Movies... whatever.  We didn't have any camp gear.  Meaning sleeping bags, pillows, we didn't have anything. Everyone ended up bringing stuff from their hotels.


Comic Con attendees were talking about this all over social media.  If you follow me on Twitter you may have seen that I was retweeting and talking about Hall H all night that night.  People were mad.  I still can't believe I end up going to the Con the year they decided to try this out.  I didn't even get to see what I wanted to see in Hall H.  My husband was able to make it.  He stayed the whole night.  About 1130 when we got our wristbands I decided that I wasn't going to do it.  We had planned on someone going back to the hotel and picking up some items so he stayed in line and I took the hour to go back and forth from the hotel get him some clean clothes for the morning, sheets from the hotel, food, money and to try to charge his phone a little.  I would've gone and just met him in the morning like I normally do when we camp out for something but we had a friend with us who was trying to do the same thing and I didn't think it was right that my husband should have to camp out there alone for both of us so I just skipped Hall H.   Really sad that I went all the way to San Diego and didn't get to do what I was dying to do. Since he did get to go, I'll post the pictures he took.


So while my husband was off in Hall H I walked around.  I went to the Xbox Lounge, and out to Seaport Village, I did walk the floor again but it was jam-packed with people.  So I didn't really get far.  I tried to go to the Joe Hill panel for his Locke and Key graphic novels but I didn't get there in time.  I went to the famous Masquerade Ball which is where the cos-play people go to put on a show.  Honestly.. it wasn't that great.  I expected this to be the Superbowl of cosplay.  But it was a lot of amateur people. Not that it's bad.. but I really thought I was going to see some amazing costumes and I just saw stuff that was dull.  I saw a lot of better cosplay on the convention floor. 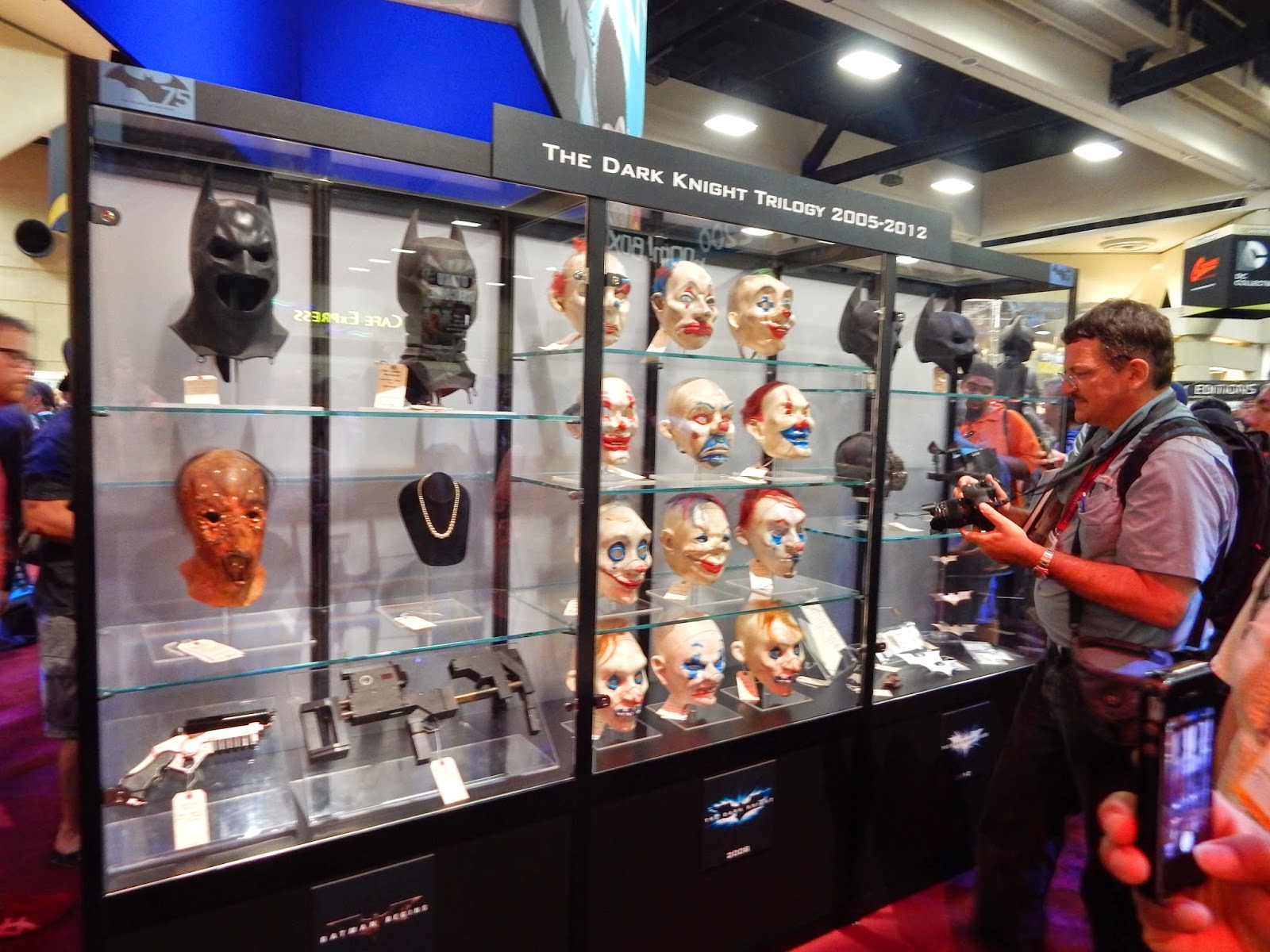 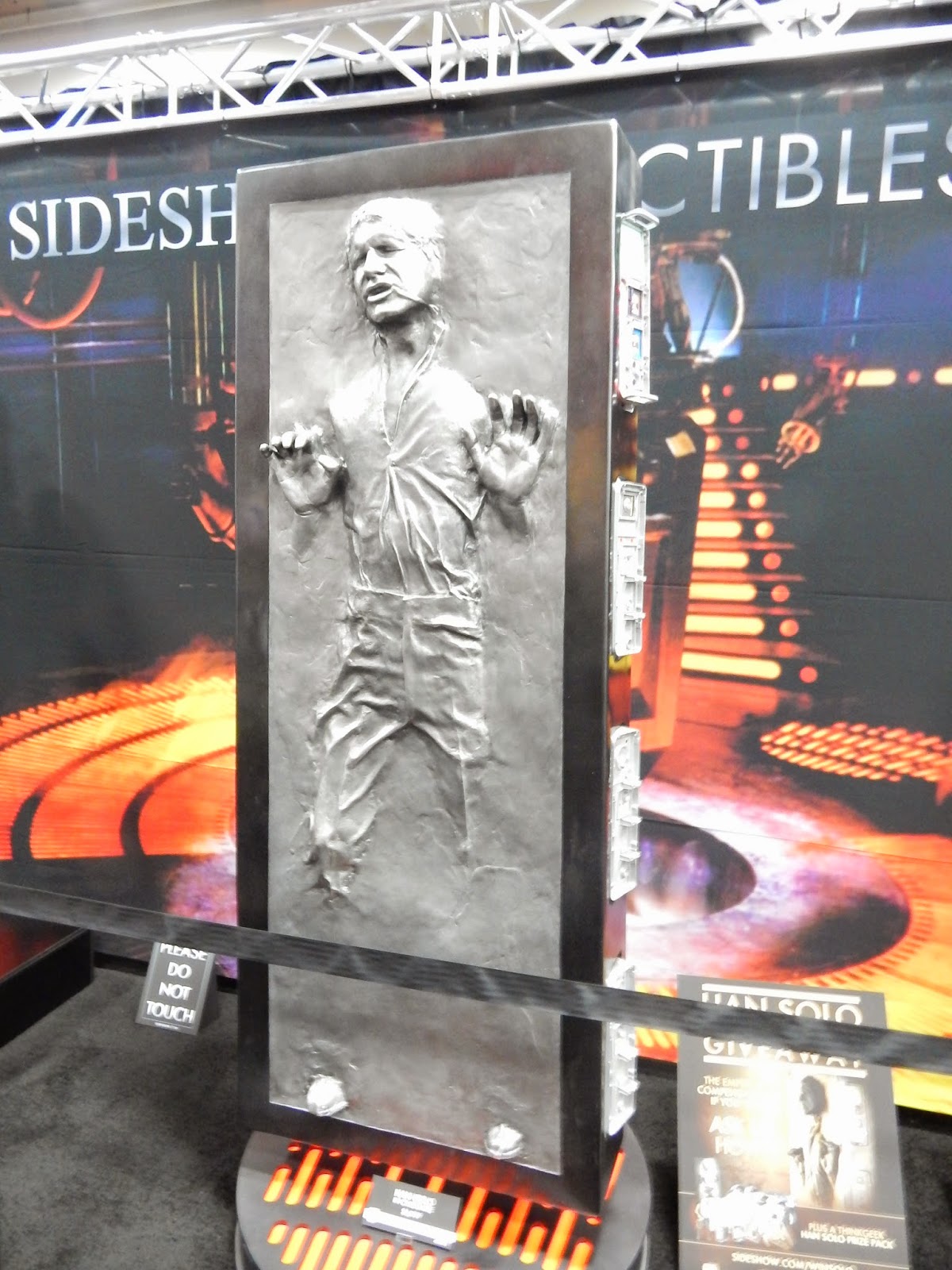 There are several publisher booths here.  Well maybe like 10?  It is not like BEA at all.  There aren't ARCs on the tables to be handed it.  If you are lucky and you walk by the booths at the right time you can get a sample of a book and you might find an author signing books.  You have to pay for those books and then get in a line.  I was never on the floor though during the time of book signings. Plus the swag.. boy is that hard to get at Comic Con.  Every time I did find a line for some there was a person at the end not letting anyone else in line.  I even heard this year on Sunday they ran out of the bags they give you when you get your badges. 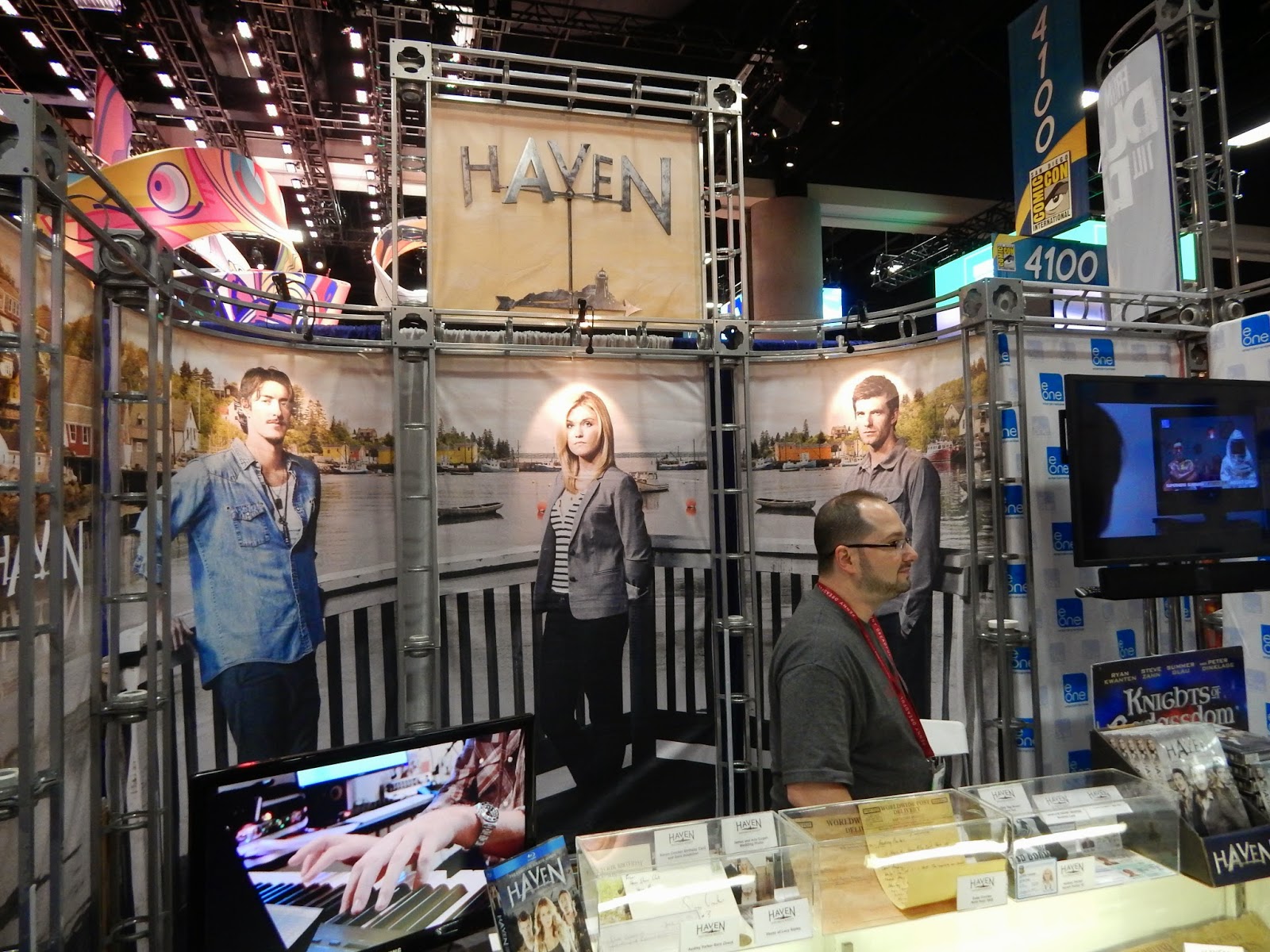 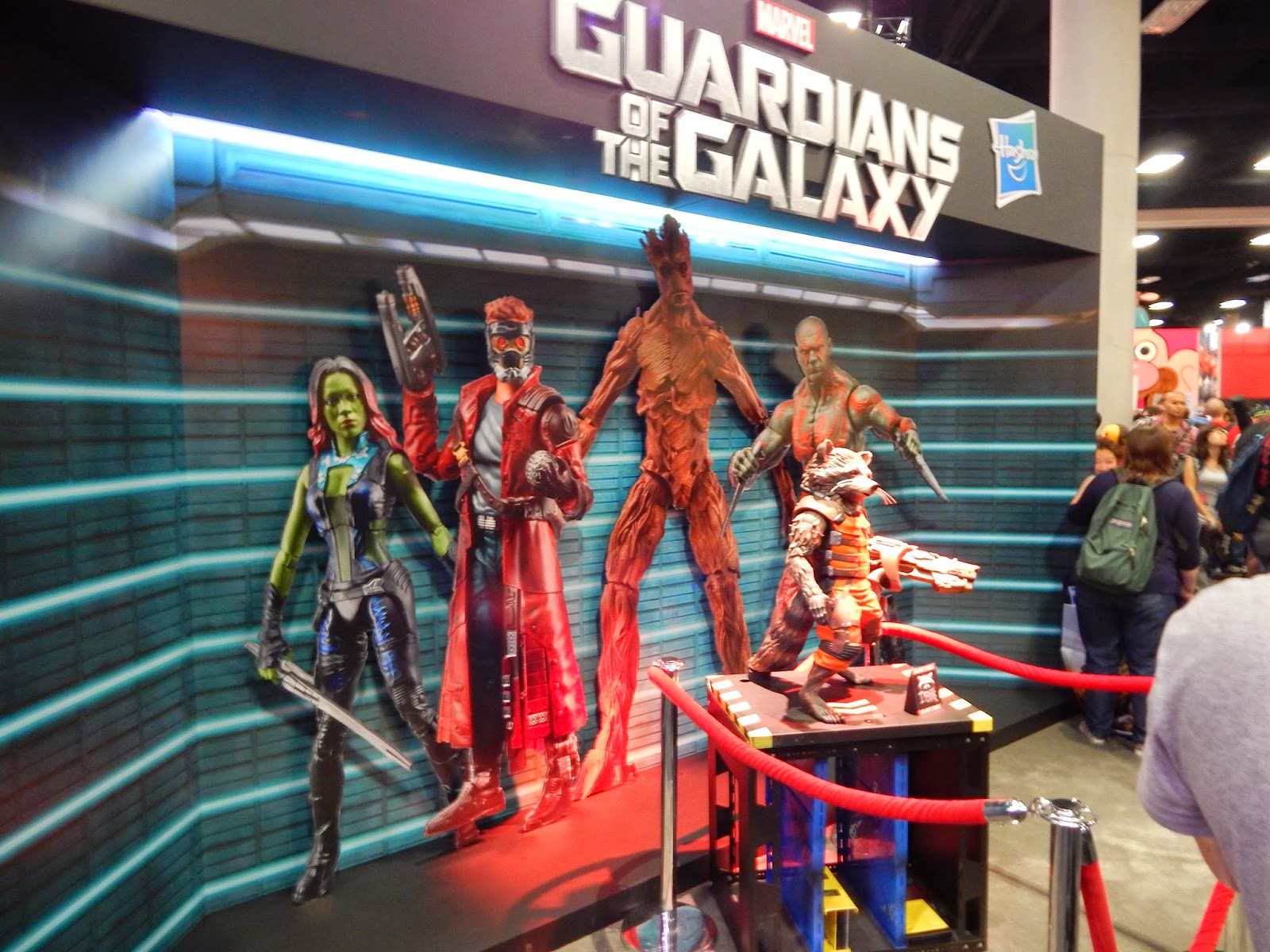 For me.. the most fun this year was the convention floor.  There is sooo much to see. Watching people dressed up is super fun. and being with all the geeks at one time is just a blast too.  We also did a lot of touring in San Diego and that was something we didn't get a chance to do a few years ago when we went to Comic Con. The whole area around the con is just full of comic con themed events. There was even an option to go to the Game of Thrones experience and sit in the Iron Throne.  Though we didn't get around to that.  I did get to see the cast of Game of Thrones right in front of my face when they had to cross the crowds outside. It was a mad house when that happened.  I love Comic Con! It is a crazy time though and you really have to be ready for the ups and downs.