This issue we chat about Guardians of the Galaxy Vol 2. Angela, Olympians Goddess of Love by George O'Connor, Damien Son of Batman, and Supergirl Vol. 2 Girl in the World. 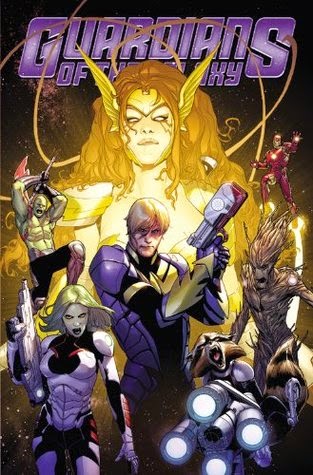 Again Guardians of the Galaxy comes out strong.  What a really great series.  Sometimes the jokes come off a little corny but I still really enjoy it.  The crew of the Guardians are fun, and this time around we are introduced to another character, Angela, who seems like she will stay around for a little while. As usual, earth is in trouble.  So the Guardians step up their game to protect it.  We get references to the Avengers and even get to see Iron Man join up with the team.  What I also really like is that there is a tie in here with another comic, one I have never read or heard of.  But I like how Marvel handles this unlike DC.  They throw in a little page that tells us about the war event and what comic it's in and then carries on with the story.  This I like.  I didn't feel lost or have to wonder what was happening.  DC should take a cue from Marvel here.  The art is again outstanding in this issue.  4 out of 5 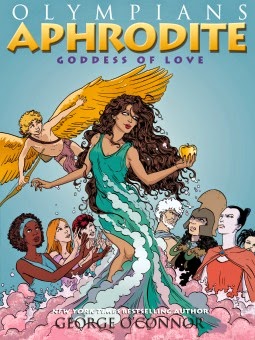 I love the Olympians series by George O'Connor.  The 5th book Aphrodite just came out and I couldn't wait to read it.  These books are pretty accurate to Greek mythology.  They are really a good way to learn about the gods and demi-gods.  I have always been fascinated by Aphrodite.  She just seems fabulous and well.. of course as a woman I want to be attractive and lovely.  I feel like if she was real and alive today she would be so fashionable.  The book now includes more and more new mythology characters.  This book of course included Cupid. Plus it includes the story about the golden apple when Hera, Athena and Aphrodite compete for it (who is the prettiest).  We know that Paris shows up to judge and then Aphrodite pretty much starts the Trojan war right here.  Really great and I still think these graphic novels are appropriate to have in a classroom setting to help kids learn more about mythology.  5 out of 5 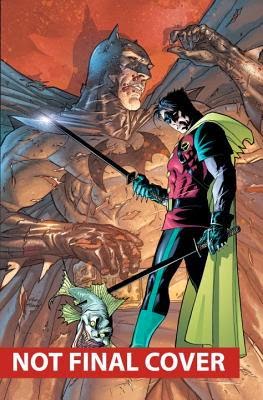 Damien Son of Batman I received for review from Edelweiss for free for my opinion on the book. This ARC was not very good.  First I was a little confused as to how this matches up with the other new 52.  In those Damien has passed away.  In this one Damien is still alive and becomes Batman. Odd things happen.  Like Alfred dies but becomes a strange cat???  This is in the future so Batman is old ... or dead?  It is hard to tell.  One minute Batman is there and dies and then the next minute he is just an old retired man. Ughhh I hate to give this such a bad review especially since I have never given an ARC a bad review before.  Someone wrote a post 10 reasons I hate Damien Son of Batman and it is well put together.   I am just going to tell you... avoid this book.  It's not good at all. 1 out of 5 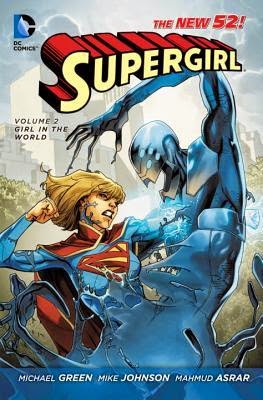 Supergirl Vol 2 Girl in the World wasn't as good as the first but still decent.  Honestly I always
thought Supergirl would end up in the world and be helped by Superman.  But in these comics she avoids him like the plague.  She does end up getting help from another girl in this comic who of course turns out to have special powers herself (Silver Banshee). There are lots of flashbacks in this one to Krypton and I enjoyed seeing that. I hope that the story gets stronger later. There is a Supergirl/Superman scene in this volume but she talks to him for like two seconds and then flies off declaring again she doesn't need him.  I guess I was always under the impression that they were buddies.  3 out of 5

I am now up to 66 books towards my Graphic Novel Reading Challenge!