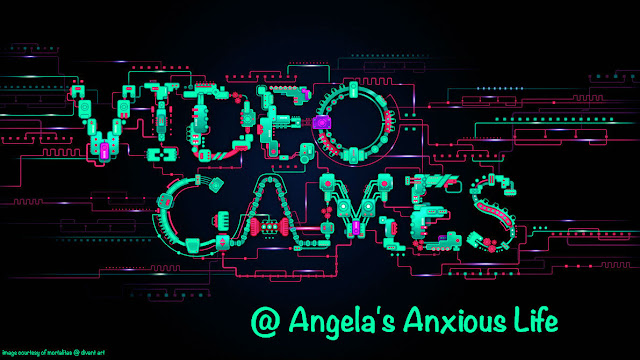 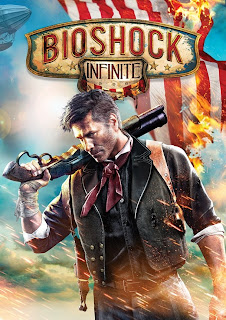 I am a little behind on my video game reviews.  I played this a while back... it is an amazing game.  I rented Bioshock Infinite from Red Box and played it on the Xbox 360 (my preferred platform).   It is a first person shooter game that has amazing graphics.  I loved Bioshock 1 & 2 but this one is completely different.  The first two games in the series takes place in an under water world where this one takes place on a city in the sky.  The city you play in is called Columbia and it is a town launched in the air in 1893 during the World's Fair. 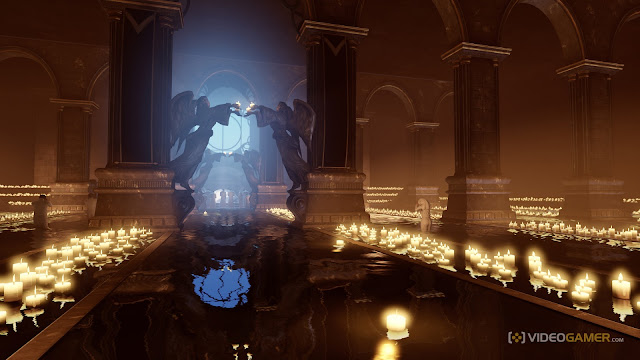 In the game you play as Booker, who is on a mission to save Elizabeth who has been a prisoner on the air island since she was a child. Elizabeth's character is such a great edition to this game.  She helps Booker out on many adventures and really does well interacting with him in the game.  During the game Booker gets mutated abilities from some drinks (Tonics) he finds around Columbia. Which really add to the fun of the game.  You spend time search for them and then you spend time ranking them up. You are able to use a skyhook throughout the game that help you grip onto freight hooks, sky rails, and dismounting with a knockout of foes.  This really makes the game more exciting and again the graphics here are excellent. 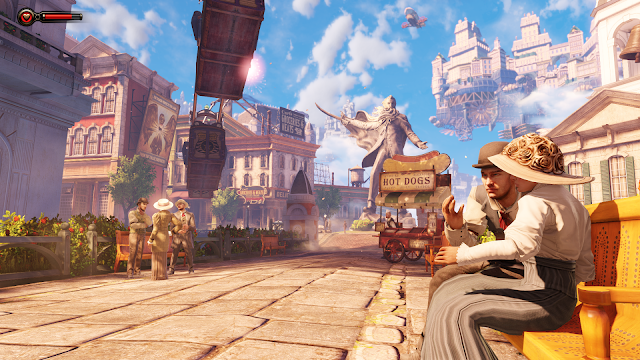 The story plot for this game is simply amazing. It really reads as a novel. The end will blow your mind.  People are still talking about it and it seems to me that everyone thinks something different happens at the end.  I love how at the end we get a nod to Rapture (which is the world the first two Bioshocks take place in). Pick up Bioshock Infinite game up soon!