I love cute little comics. I love Star Wars. I am a Geek. So when I heard about these books I was really excited to read them.  Darth Vader and Son and  Vader's Little Princess are wonderful comics. I had heard about them in passing.. and then I went to the Denver Comic Con and Jeffrey Brown was there at a booth.  I didn't actually stop by the booth since I hadn't read them yet and now wish I had.  These comics are about Darth Vader trying to raise Luke Skywalker and Princess Leia.

What makes these books great is seeing the Vader family doing everyday normal things.  I have loved Star Wars since I was a little kid... so whenever I see a fun spin on it I get super excited!! The artwork in the book is done in colored pencils... which is a really unique look and I love it. Darth Vader and Son follows Luke when he is a little boy and how Vader tries to work with him around. 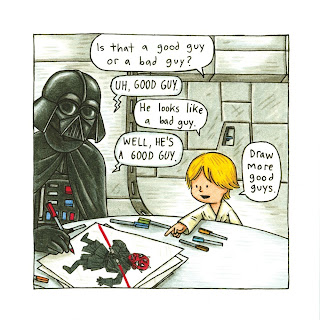 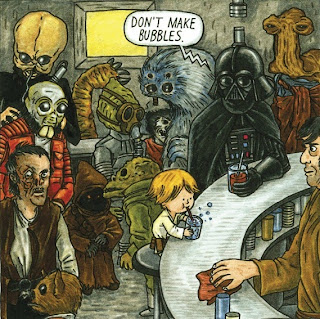 I do think though if you are not a Star Wars fan you may not get the humor in these books. I guess you could call them Star Wars inside jokes. The Vader's Little Princess book not only covers Leia when she was a little girl but also when she is a teenager.  Which is so fun to read and look at the art! I have seen a few people complain that Brown makes Leia a stereotype teenage girl but that is what makes it fun. The sense of humor Brown has is just clever! 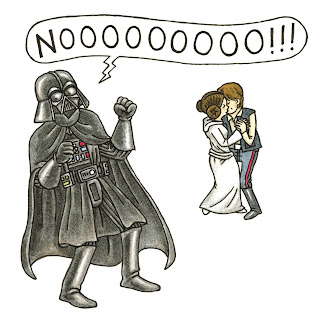 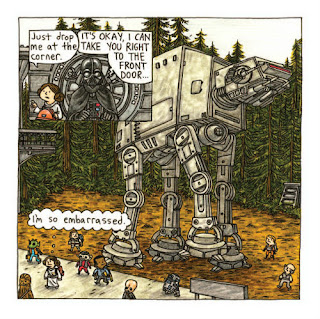 Looks like in August Brown is releasing a book (not a comic) called Star Wars Jedi Academy.  It will be interesting to see the reviews on this book.  I didn't know about Jeffrey Brown prior to these comics and it turns out he has plenty of books to his name.  These books are fun.. for Star Wars fans.. comic book fans, and geeks. A perfect gift!

Sun is shinning!!!  Great day to go outside and read this book.
Posted by Angela's Anxious Life at Saturday, July 20, 2013