This week's issue we talk about Wonder Woman Volume 4 War, Jack of Fables vol. 5 Turning Pages, Aquaman Volume 4 Death of a King,  and Batman and Robin Vol 4 Requiem for Robin. 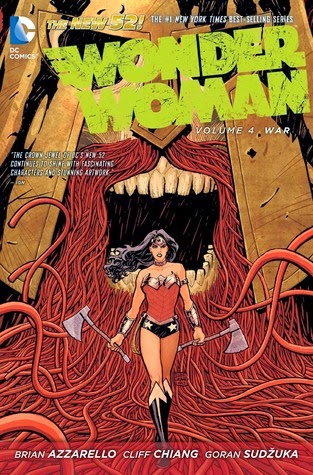 I love Wonder Woman... she is my favorite.  I have enjoyed this series with all the mythological themes.  Most of the series has been about Wonder Woman saving a little baby (Zeus's son) from the other Gods of Olympus.  This baby will eventually rule.  Great fight scenes in this volume and we even see Wonder Woman at her best (though ultimately she still fails). The art work is still good though to be honest it looked a little different to me this time though it's the same artist. The "First Born" who is the new villain was not that great to me though.  I liked it when it was the Gods... like Hades.  I am curious if there will be a cross-over with the whole Wonder Woman/Superman story line.  I am hoping not but DC seems to be doing cross-overs of all their comics lately.  3 out of 5 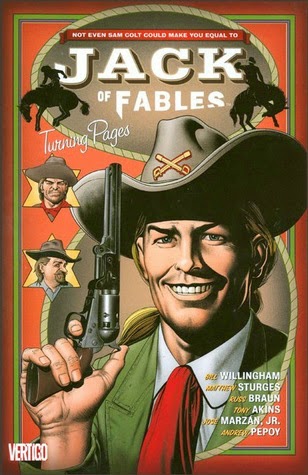 Yes.. I am still suffering through the Jack of Fables series which is the spinoff from the Fables series by Bill Willingham. After this one I only have 4 more in the series so I am going to suffer through.  The beginning of this volume confused me a little.  Turns out they included the last issues from vol. 4 in this one.  So I skipped some of the story that I had already read.  This volume starts pushing the story closer to the big crossover issue that Jack has with Fables vol 13.   I just don't get the whole literary characters (rather then Fables).  I am not a writer so I think I miss a lot of the meanings behind the characters in this series.  2 out of 5 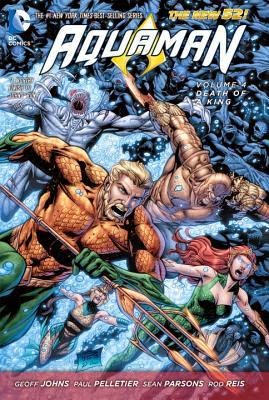 I received Aquaman Vol 4 Death of a King as an ARC copy from DC and Edelweiss.  Thank you!  This copy was received for free for an honest review.  I love Aquaman's New 52 series. He is way cooler then I ever thought before I started reading about him in comics. This volume is about Arthor (Aquaman) trying to become a good King of Atlantis. He is trying to clean up the mess Atlantis has caused the surface world.  The comic has a few plot lines going on at once which I like.  One group of Atlantians is trying to free Orin, one group is battling someone who claims to be the true King of the Seven Seas (Atlan), and the the third group is trying to save Mera. Lots going on but it's a good plot line.    There are a lot of big battle scenes which were fun to look at.  4 out of 5 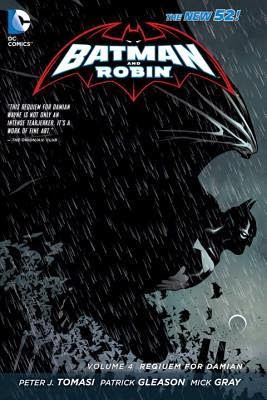 Batman and Robin Vol 4 Requiem for Robin is truly an amazing comic. I would suggest reading this after you read the Batman Incorporated series.  I missed (Spoiler for a death) when Robin Damien died in Batman Incorporated since I haven't read that series but I just picked up volume 1 to read all that.  So this volume is really Batman trying to deal with this.  He visits Frankenstein (which is another DC comic I haven't read yet), Red Robin, Nightwing, Batgirl they are all here trying to help Batman.  I really loved the ending though when we get to see how much Alfred loved Damien.  There is a girl in this comic whom Damien was taking acting lessons from and I am interested in seeing where that plot line goes.  I tried to google if there is going to be a Batman and Robin vol. 5 but didn't see anything about it.  I received this comic as an ARC copy from Edelweiss and DC comics.  I would like to thank them for providing me with this for free for an honest review.  5 out of 5

I am now up to 54 books towards my Graphic Novel Reading Challenge!