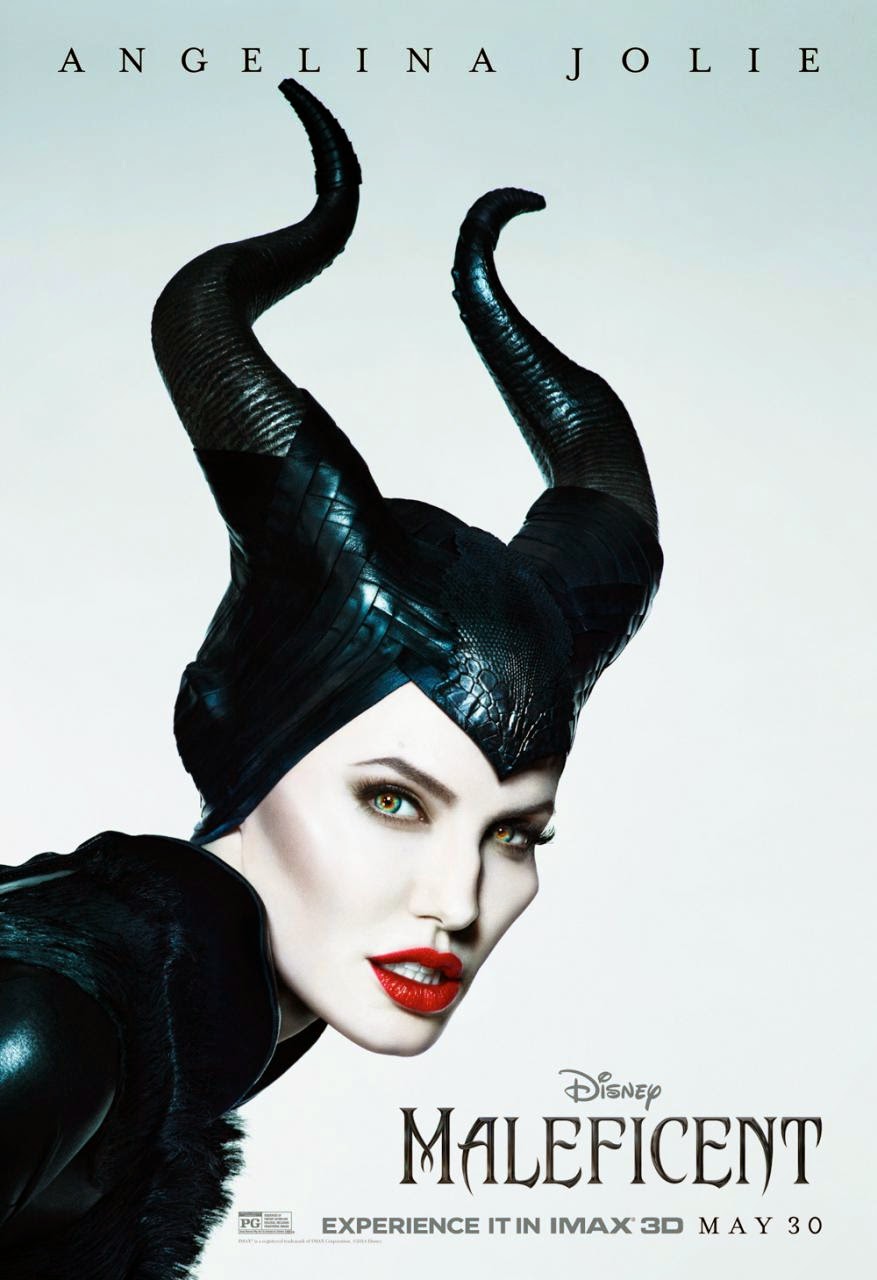 Maleficent
I have been waiting for this movie for a long long time.   When I heard about it I was blown away that this movie was being made.  Maleficent is my all time favorite villain. As some of you know who follow the blog, I love Disney and have already done a Project Disney on Sleeping Beauty.  Angelina Jolie cast as Maleficent was so spot on.  I couldn't imagine another actress playing Maleficent in a movie.   The movie though.. kind of fell flat though.

My first problem with the movie is Maleficent is evil.  She is evil people!! The movie let's her be evil for only a short time.  Then she is all nice and you feel bad for her. It reminded me a little of Wicked by Gregory Maguire where the Wicked Witch of the West is just misunderstood. The movie does follow the Disney scene where Maleficent enters the party for Aurora practically spot on.  I loved this scene.  They do change the line from "Prick her finger on a spinning wheel and die" to "Prick her finger on a spinning wheel and fall into a deep like sleep."  I read that this just fits the film better.  I think it could've been fine with the original version but that's just me.

The CGI in the film was beautiful.  I loved to see the magical world that Maleficent lived in. It was neat. But to me ... making Maleficent good changed the dynamic of the film.  Otherwise ... I love the retelling.  I liked the parts about Sleeping Beauty. The film shows Maleficent as a young girl who meets a human boy and falls in love.  He eventually abandons her for the human world and leaves her in the dust. He betrays her and becomes King Stephan.  The three fairies (Flora, Fauna, and Merryweather whose names are changed in the film) are supposed to be comic relief and I didn't find any humor in them.  They were kind of annoying.

In the end I had high high hopes for the film.  I liked the story and it is a movie I would watch again on HBO.   But to be honest it was just missing that umph.  I didn't feel connected to the movie.  I did enjoy when Maleficent was on camera.  I could barley take my eyes away from her beauty.  But the story itself was just a little dull.  C+

Oh and how fabulous was Angelina Jolie's outfit for the opening of the movie??? 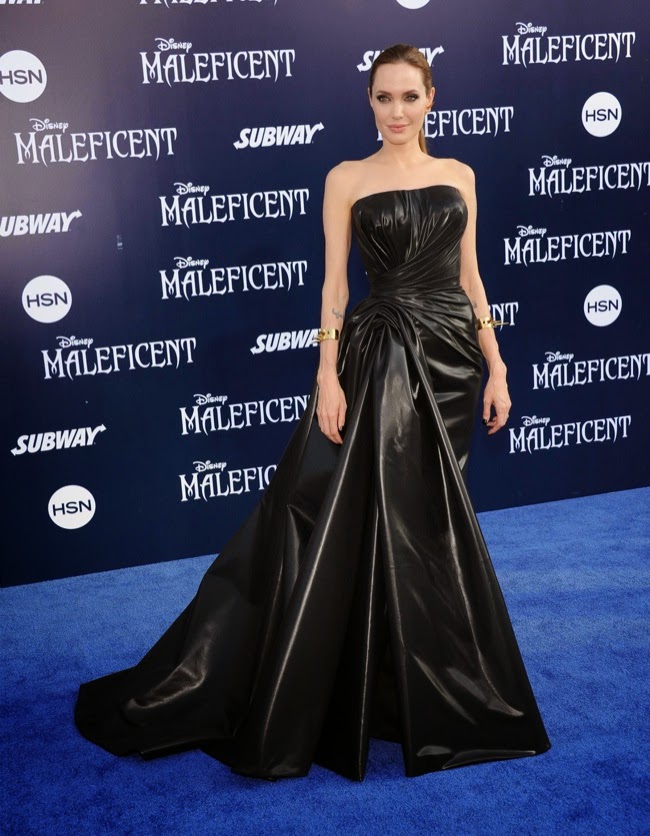