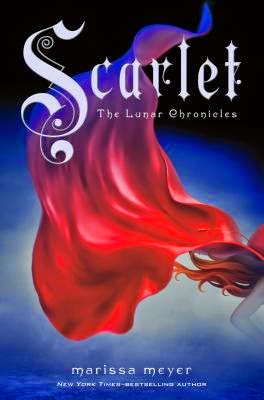 There was no way I could wait much longer to read this book... which is the second in the series of the Lunar Chronicles.  Plus Cress the third book just finally came into the library so I had to really hurry. Here is the goodreads description


Cinder, the cyborg mechanic, returns in the second thrilling installment of the bestselling Lunar Chronicles. She's trying to break out of prison--even though if she succeeds, she'll be the Commonwealth's most wanted fugitive. Halfway around the world, Scarlet Benoit's grandmother is missing. It turns out there are many things Scarlet doesn't know about her grandmother or the grave danger she has lived in her whole life. When Scarlet encounters Wolf, a street fighter who may have information as to her grandmother's whereabouts, she is loath to trust this stranger, but is inexplicably drawn to him, and he to her. As Scarlet and Wolf unravel one mystery, they encounter another when they meet Cinder. Now, all of them must stay one step ahead of the vicious Lunar Queen Levana, who will do anything for the handsome Prince Kai to become her husband, her king, her prisoner.

I love this series so much.  One of the better series I have read in a long time.  Could be that I love fairy tales so much???  I had no idea if I would like this book or not.  I mean... how many times has a second book in a series been awful?  Or just doesn't really move the series along? This is an excellent second book.  A few new characters are introduced and I think that is what really keeps this one going.  Plus we get to see Cinder (from book 1) and Scarlet's stories merge together into one... so while you are reading the book you are anticipating for this to happen.

These books also have a great cast of men.  And not those normal guys you read about in Young Adult books.  We have Kai, Thorne, and Wolf.  All enjoyable strong characters who are all completely different from one another.  My favorite so far is Thorne who has a great sense of humor.  His chemistry with Cinder is great. What I also liked about this book is there is a lot of back story going on here.  We are learning about the characters and this makes us feel connected.  I still like Cinder's story better then Scarlet.  Probably because since she is the first character we get to know.

I thought when I picked up this series that the whole series was out... well turns out there is a fourth book Winter still to come.  Sooo... I'll have to wait around for that one.  It was announced though that there will be a 5th book called Fairest that will be a prequel to the series.  What!!  It comes out in January so the good news is that it will hold me till November 2015 when Winter comes out. I just adore the cover! 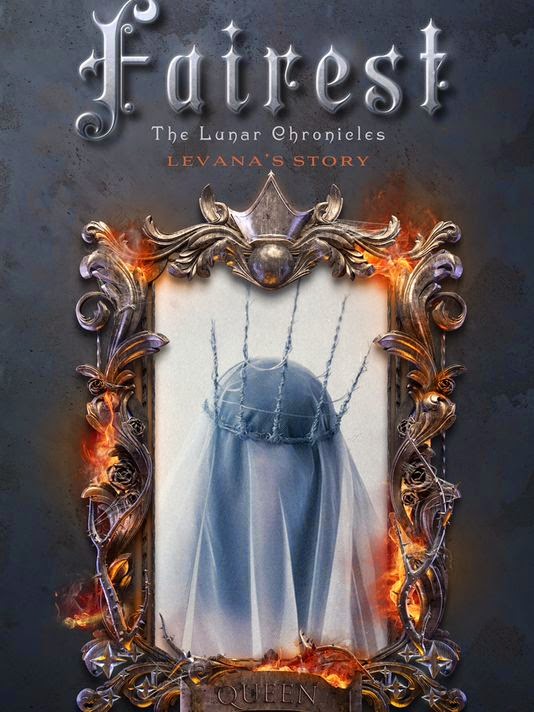 The one thing about this series is we are never left guessing what is going to happen and who is who.  I remember discovering who Cinder was early on in her book and then in this book I guessed the connection between Cinder and Scarlet early on.  I suppose this is to make us want to just yell at the characters and tell them what is going to happen.  I love this series.  Well written plots and characters!