I attended the Denver Comic Con this weekend... for those that follow this blog you probably know I am pretty geeky.  I was actually going to skip it this year though.  I of course attended Denver's first comic con in 2013 and that was a disaster! So we said for sure there was no going back.  Why go there when we could save our money and go to the big San Diego Comic Con every other year (which we are attending this year FYI). But then there was the announcement that Stephen Amell was attended.  For those that don't know who he is.. he is the star of the show Arrow on CW. 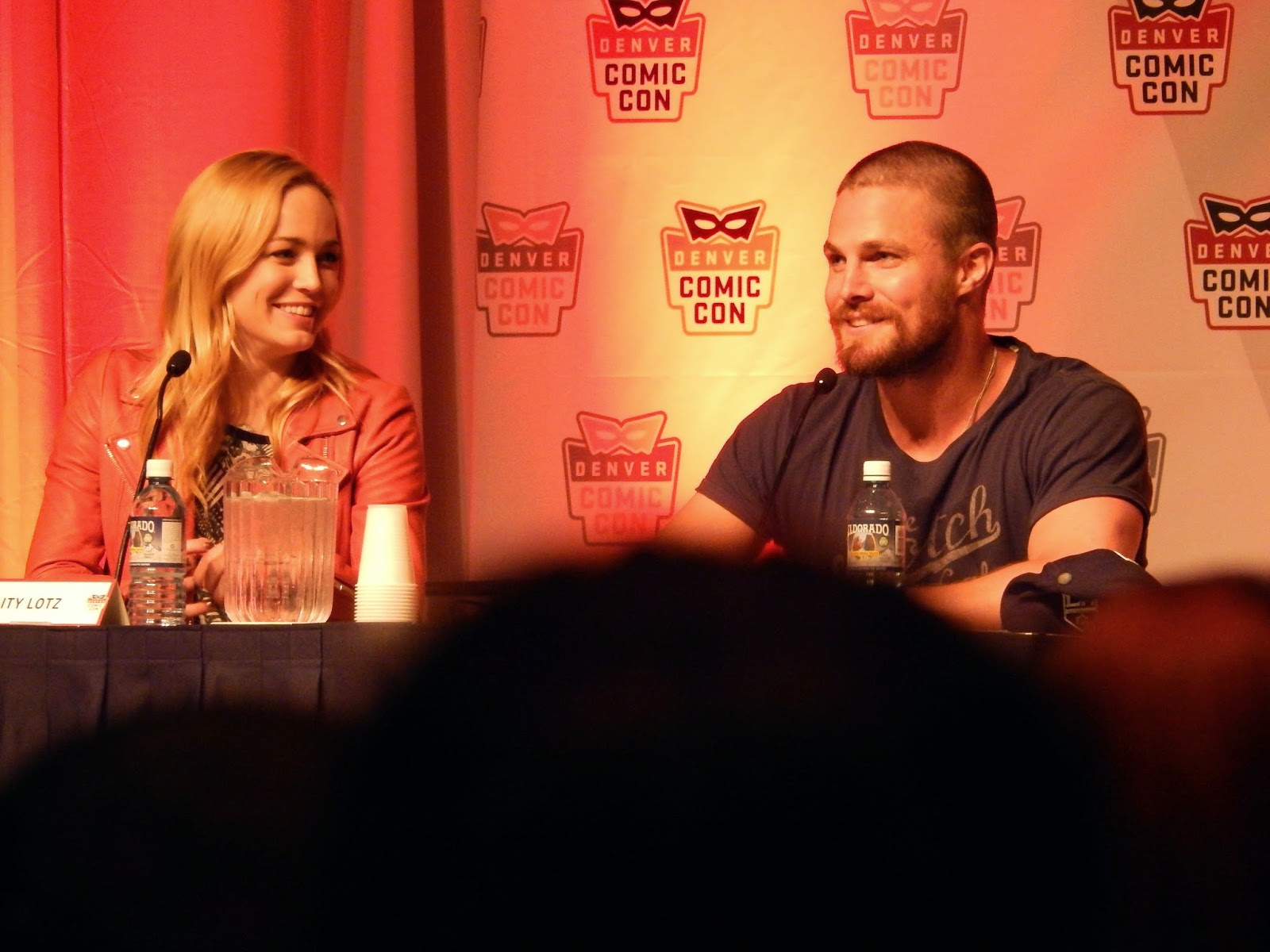 So of course we packed our bags and headed up there.  I would like to say that this year Denver Comic Con got their stuff together.  We were allowed to wait in lines, no drama with the badges, it was really a much better experience.  I was able to attend the Oatmeal panel which was so freaking exciting for me.  I have a review of his book, How to Tell if Your Cat is Plotting to Kill you which actually gets the most views on my blog.  Crazy I know.  The author Matthew Inman had some new material for the panel.. and trust me this panel was not for children.  He talked a lot about penises and sex (in nature) but people still brought their kids.  If you read the Oatmeal you know it is not for kids! 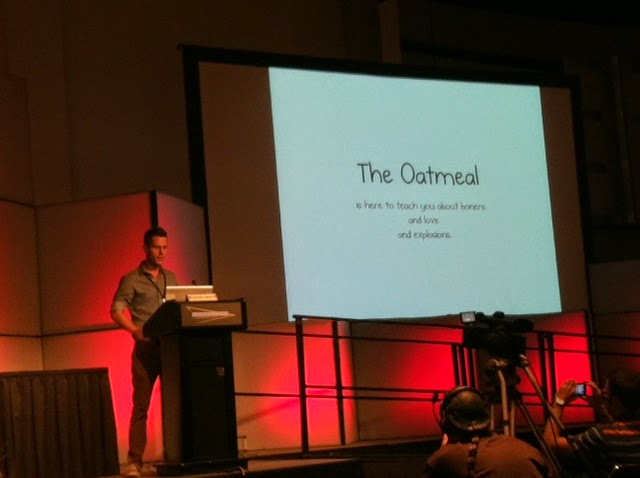 Right at the end of this panel was a panel with Max Brooks which I wish I could've attended but the two overlapped.  Also... we needed to line up for the Arrow panel sooo I had to make hard decisions. Which you end up doing at any con.  One of my favorite parts of Comic Cons is the "floor" where you walk around and see all the booths.  This year I didn't buy anything.  I was a lot more busy then last time so I just walked past everything.  There was a Weta booth (they make the weapon in Lord of the Rings) but I am pretty sure it is the same booth from San Diego Comic Con a few years ago. Still fun to see. 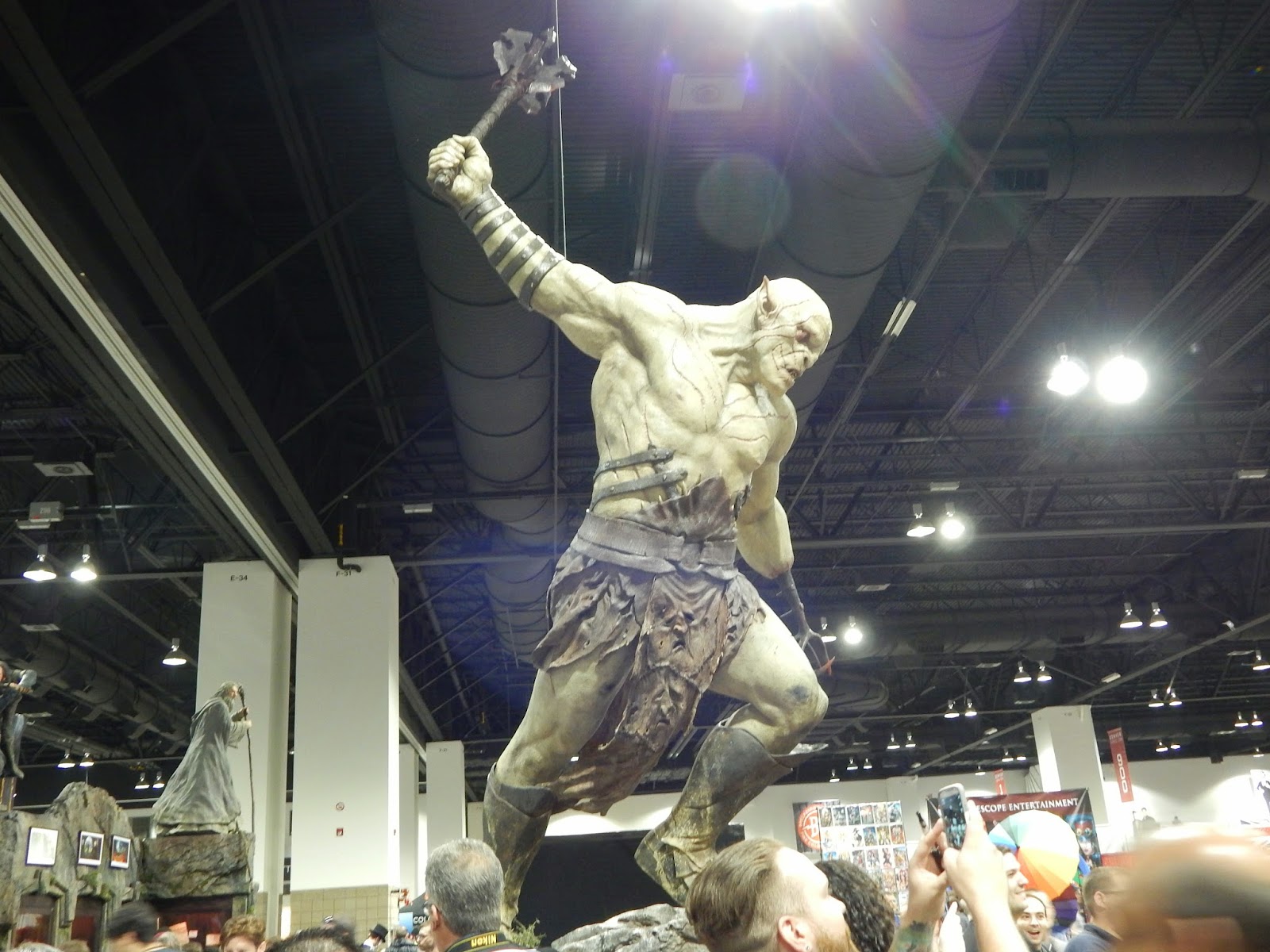 My husband was able to get Stephen Amell's autograph.  I wish I had a picture of him getting it.. but we have a brand new camera and I wasn't really familiar with it.  Soooo I didn't get one.  Such a bummer.

I love Comic Cons.  Watching all the people dressed up in costume is great..  there were a few bookish booths but I didn't really stop at any. I had swore off the Denver Comic Con but they did a good job so if there is a guest that's worth it next year I suppose I will go again. I will say Denver Comic Con is expensive though.  $40 for one day $60 for the three day.  San Diego Comic Con costs the same and it is literally 10 times bigger.  But I suppose for Stephen Amell I'll pay it. ;)  Fun times! 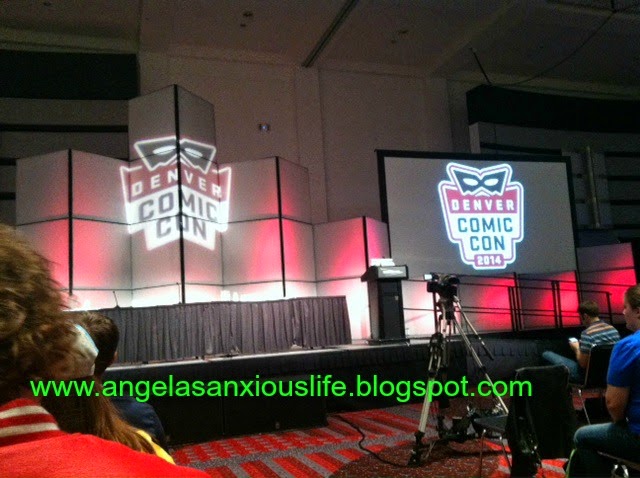