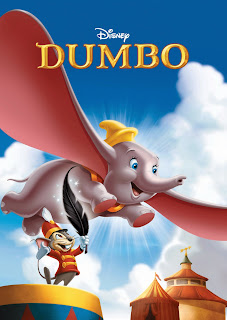 Honestly this is the Project Disney I was least looking forward to. I haven't seen Dumbo in years and years. It was always so sad to me as a kid so I didn't ever really bother watching it as an adult.  I did the same thing with Bambi but I have to be honest.. I really enjoyed watching that one as an adult. I'll start off by talking about the book Dumbo by by Helen Aberson and illustrated by Harold Perl.  This book really can't be found.  I looked everywhere.  The book is a Roll-A-Book which would've looked something like this: 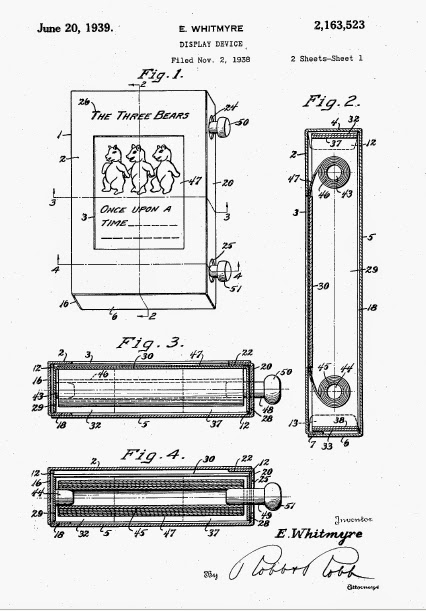 This type of book was suppose to be new and revolutionary for children's books. Disney actually does not have a copy of the original Dumbo book.

I still find the movie very sad.  Dumbo's name was actually supposed to be Jumbo.  Then the stork brings him to his mother and she loves him.  When he is revealed to have large ears all the other elephants call him Dumbo.  So mean!  Dumbo is a total underdog story similar to the Ugly Duckling story.  Dumbo is the only leading Disney character that never speaks in the entire film.  I think this makes me even feel more feels for him.  I am happy when he is happy, sad when he is sad.  You might even recognize a few voices in this film from other Disney films.  This is back when they used voice actors instead of famous actors as voices in the films (like Tangled and Frozen for example).

Dumbo's mother is amazing.  She truly loves him for who he is no matter what.  This is how all parents should be.. and reminds me of my own parents. At first it seems she is his only friend in the world until Timothy Q. Mouse comes on screen.  He is a great friend.  When Dumbo feels down Timothy takes him to see his mom who has been looked up as a mad elephant for sticking up for Dumbo when he was being made fun of. The song "Baby of Mine" is sung in the back ground and is so touching.  Beautiful.  The love between mother and son is just touching. 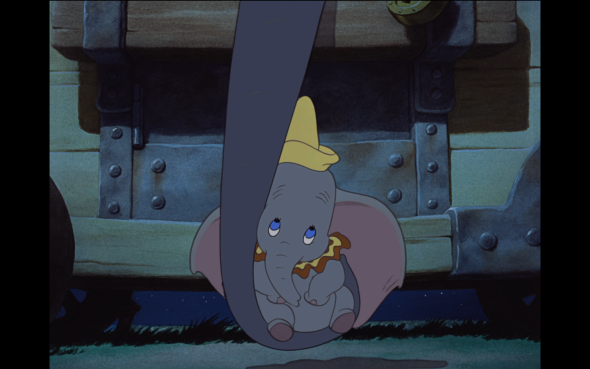 Timothy and his buddy Dumbo accidentally get drunk together.  Parents today will probably not like this part at all.  Though when I was a kid and watching this movie I didn't realize they got drunk... I don't even know what I thought was happening to be honest.  The psychedelic part of Dumbo has always blown my mind. I am like.. umm.. wha???   It's a little scary too. I think that part of the movie is more like an acid trip then getting drunk! The animation and color here is good so I wonder if the animators threw this in to see what they could do. Plus as I understand this film was made cheap to make up for money last on Pinocchio and Fantasia so the "Pink Elephants on Parade" scene was probably cheap to make.

Now I suppose we should talk about the crows in the movie.  Everyone says they are racist crows.  Some of the earlier Disney films are part of the time they were made but at least Disney has tried to remove these from being exposed anymore.  Take Song of the South for example (not sure if I am going to be able to find a copy to watch when it's time to do that for Project Disney since it has never been released for home video). Fantasia also has a black centaur that is now removed from home video copes.  These crows fall in that category.

The crows are mean to Dumbo and the Timothy make such a great speech that they feel bad for being mean to Dumbo.  They give him a magic feather to hold and next thing you know Dumbo is flying!!  So he heads off to the circus to show them he can fly.  Dumbo loses feather... panic panic!  But it turns out he can fly without the feather after all!!  Now people are actually cheering for him instead of being mean to him.

This movie is very short.. I think maybe 60 minutes?  But in that time you will have so many emotions.  Dumbo is still not my favorite Disney film... not because it is a bad movie but because it does make me sad.  It makes me realize people are mean for no reason at all.  I am so glad though there is a happy ending.  Be sure to check out my other Project Disney:

Snow White
Cinderella
Peter Pan
Treasure Planet
Sleeping Beauty
The Great Mouse Detective
The Hunchback of Notre Dame
The Princess and the Frog
Pinocchio
Fantasia
Beauty and the Beast
Lady and the Tramp
Alice in Wonderland
The Rescuers
The Rescuers Down Under
Tangled
Oliver and Company
Mulan
The Little Mermaid
Bambi
101 Dalmatians
Frozen
Fantasia 2000
The Jungle Book
The Emperor's New Groove
The Sword in the Stone
Aladdin
Atlantis
The Aristocats
The Lion King
The Many Adventures of Winnie the Pooh (1977)
Winnie the Pooh (2011)
Robin Hood
Hercules
Pocahontas
The Black Cauldron
Mary Poppins
Lilo and Stitch
The Adventures of Ichabod and Mr. Toad
Make Mine Music
Tarzan
Fox and the Hound
Melody Time
Posted by Angela's Anxious Life at Friday, June 13, 2014