The Wind in the Willows by Kenneth Grahame- Review 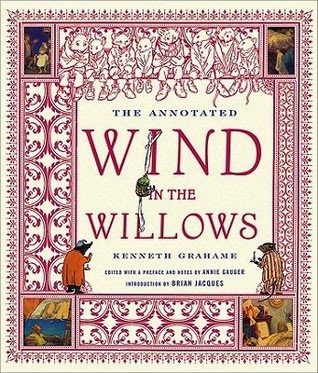 Meet little Mole, willful Ratty, Badger the perennial bachelor, and petulant Toad. In the almost one hundred years since their first appearance in 1908, they've become emblematic archetypes of eccentricity, folly, and friendship. And their misadventures-in gypsy caravans, stolen sports cars, and their Wild Wood-continue to capture readers' imaginations and warm their hearts long after they grow up. Begun as a series of letters from Kenneth Grahame to his son, The Wind in the Willows is a timeless tale of animal cunning and human camaraderie. This Penguin Classics edition features an appendix of the letters in which Grahame first related the exploits of Toad.

I have been wanting to read The Wind in the Willows for a long time and am glad that I finally had the opportunity. I recently did my Project Disney on the Adventures of Ichabod and Toad which is a lesser known Disney movie. This movie uses The Wind in the Willow as a source for the story about Toad so of course I got to pick this book up and read it.  It is a beautiful fun story.

We get to follow the adventures of Mole, Water Rat, Badger, and of course Mr. Toad. Most of us have probably heard of The Wind in the Willows since it is still relevant today.  There is so much art work based off the characters, there are plays, and people even quote the book. Pink Floyd's first album is named for a chapter in this book.  I first checked this book out from the library and read that copy.  I did go to my cousin's house and look at her copy (which is the one featured in the picture above) and discovered that my copy was actually an edited version.  I probably wouldn't have noticed but the annotated version talked about a chapter that includes an adventure with Pan that is usually an edited out chapter.  I looked in the book I was reading and sure enough that chapter was missing.  What is really odd about this though is that the version I was reading includes a picture of Pan on the cover! So that was a little disappointing that it wasn't more obvious that there are edited versions out there, nothing on the cover told me this at all. 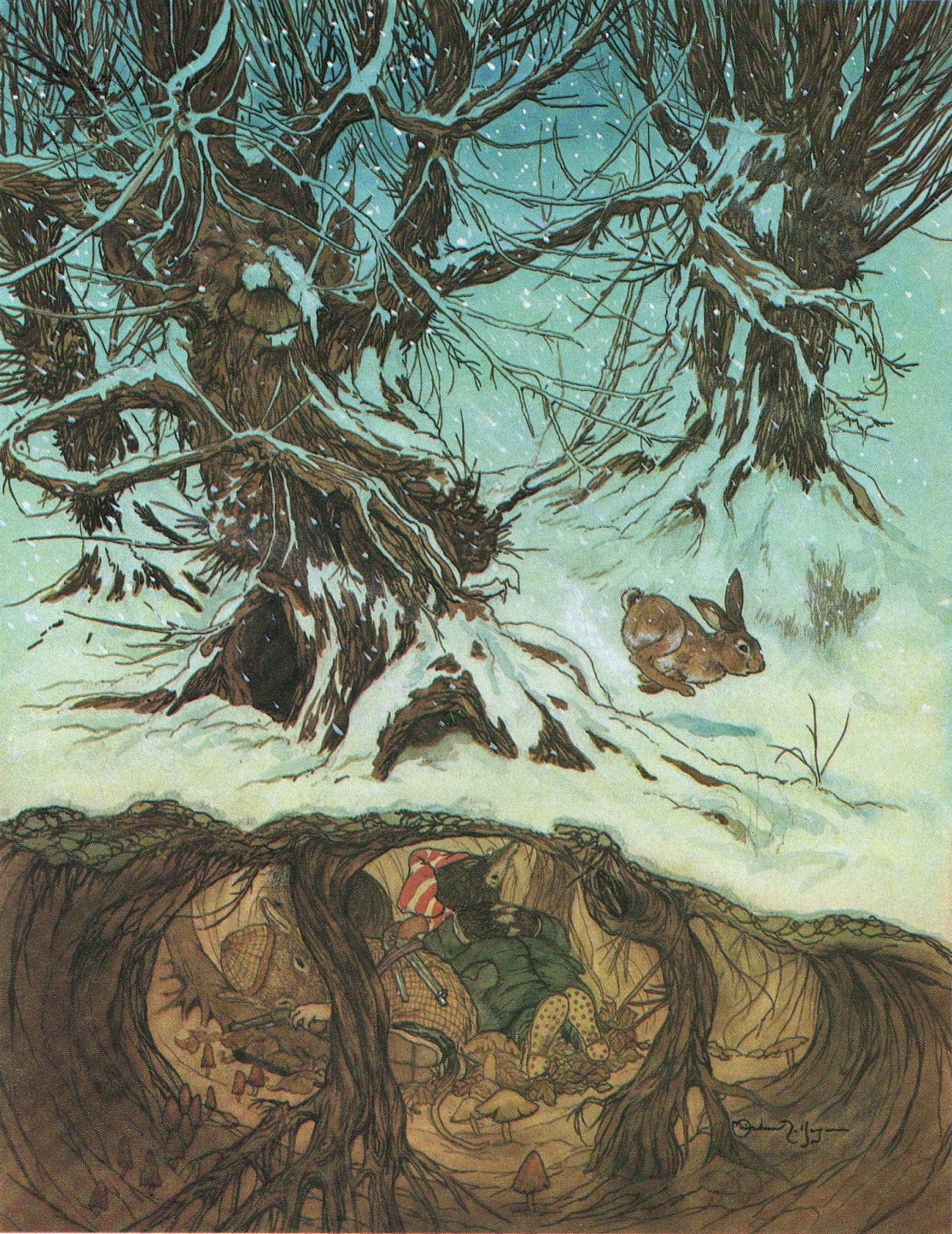 I enjoyed this book.. but to be honest I think as a kid I might not have been interested in it.  I think the story is a little dated.  It is more of a literary classic now.  I think there are several stories going on at once. We get to follow the characters through their different home environments ( on the river, in a mole hole, Toad Hill).  I enjoyed reading about each one's home and the illustration in the book I read really drew in detail the rooms in each house. 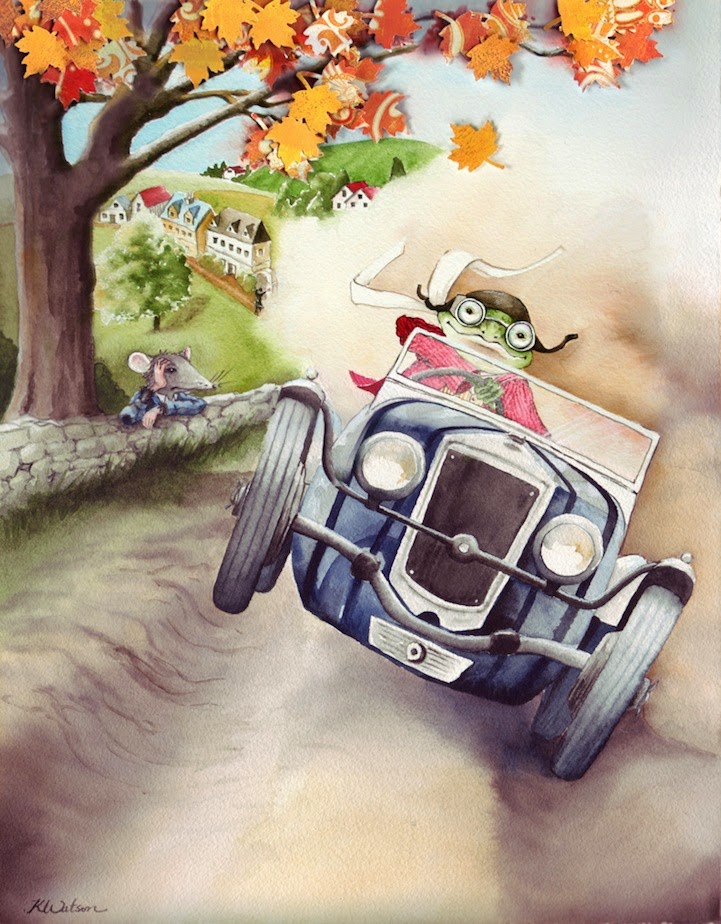 Mole, Badger, and Ratty are always trying to help Toad get out of trouble.  Toad is very adventurous.  He eventually falls in love with cars and must have one.  So he goes and steals one, goes to prison, escapes prison dressed as a woman and then fights to get his home back from weasels. Quite an entertaining story. Toad is naughty!  I do love though the other part of the book that follows the friendships of Mole and Ratty.  The become unlikely friends when one day Mole goes outside his hole. He finds the Water Rat in his home by the river and Mole wants adventures and to live a different life. 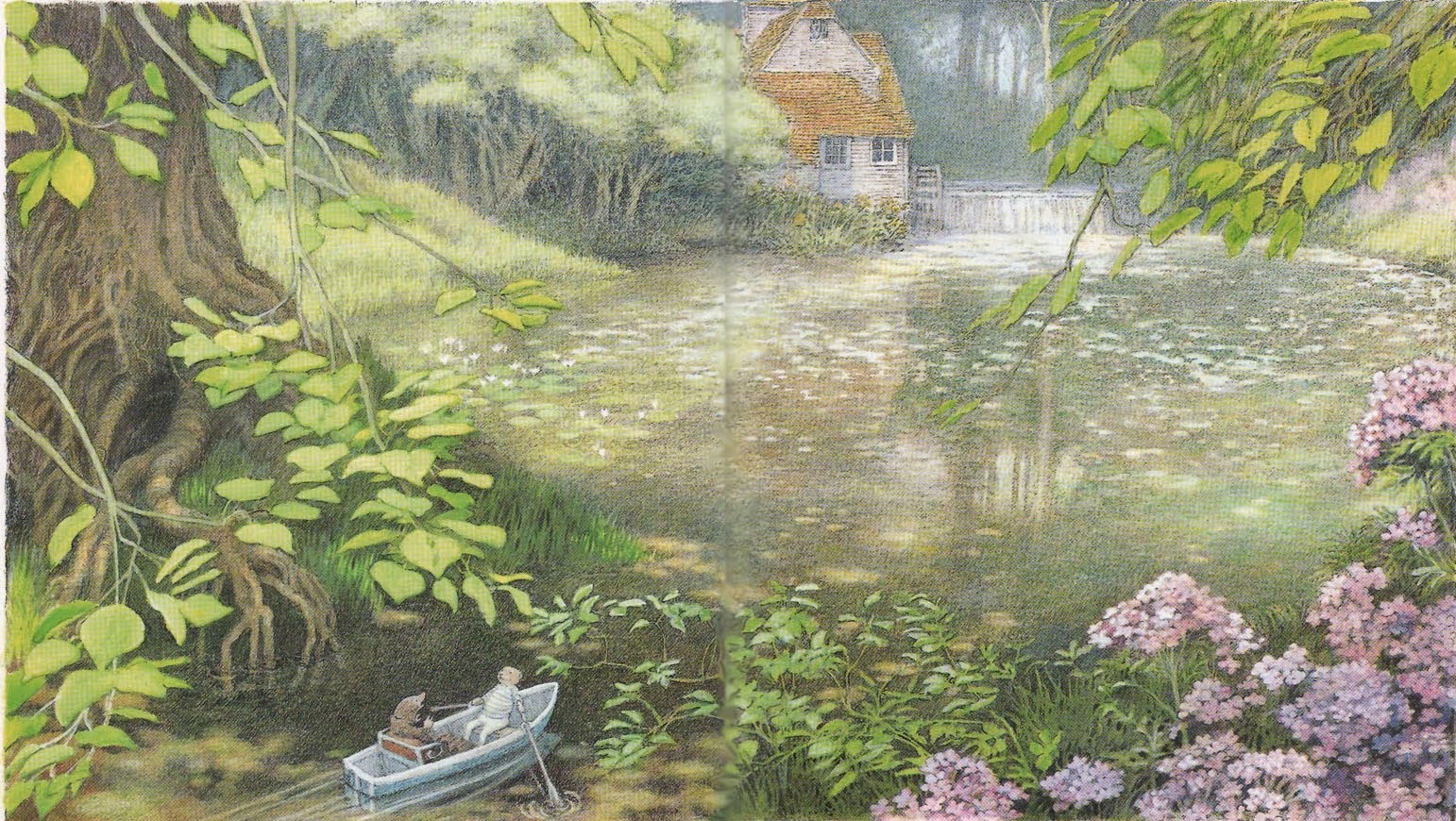 It is a beautiful story.  I just love all the different artwork that the book has inspired. Some of the artwork depicts the characters without clothes and their actual size.  So Mr. Toad is a small toad.  Some artwork depicts them in clothing.  Just wonderful.


Clouds are covering! A read that lets me down every now and then but peaks out of the clouds!
Posted by Angela's Anxious Life at Sunday, August 17, 2014