Guardians of the Galaxy- Movie Review 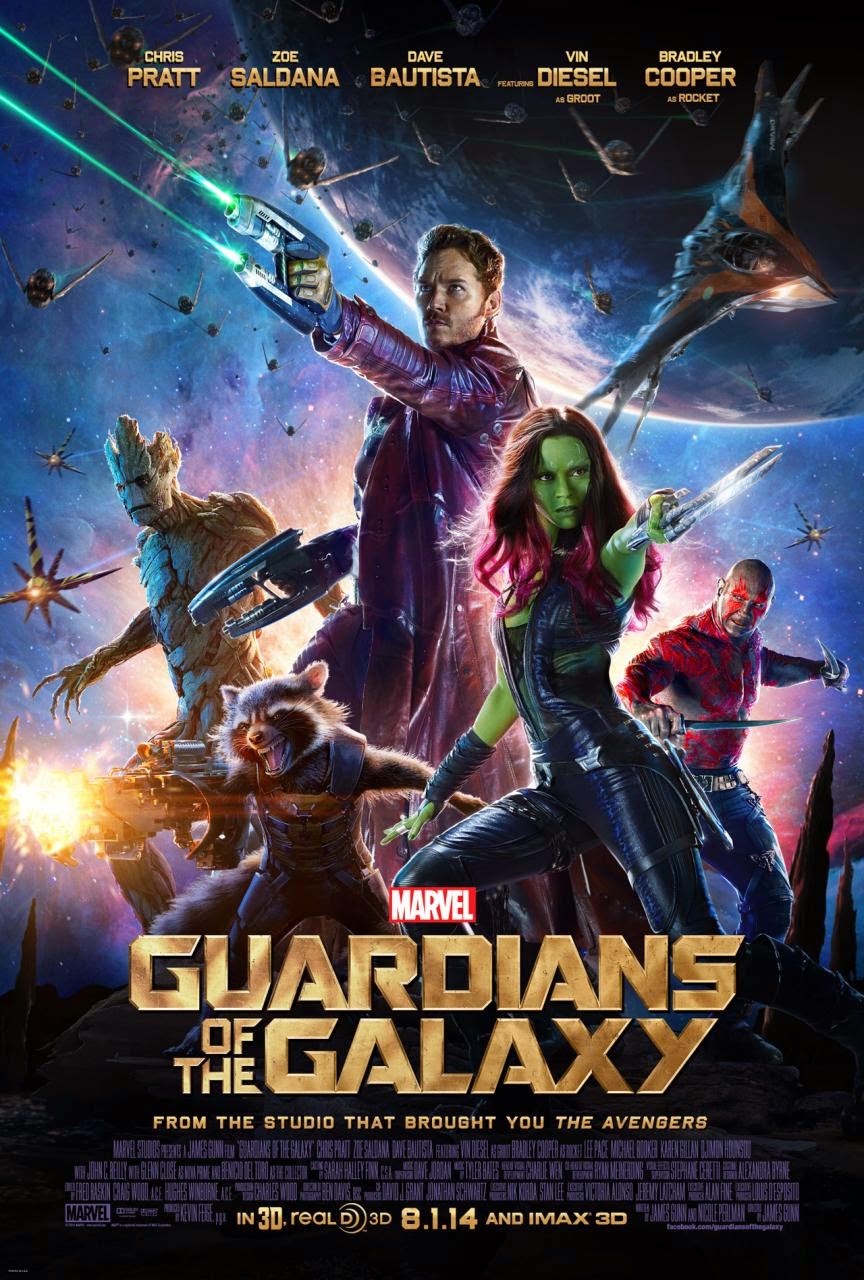 I
Guardians of the Galaxy

This is the movie I had been waiting for all year!  I didn't really think there were any huge hits this summer, other then Captain America. So I had really been anticipating this film.  I even ran out and read the Guardians of the Galaxy comics real quick before the film was released. The movie did NOT let me down.

I of course went opening night and saw it in 3D in IMAX.  The 3D was worth it.  This is a movie about a team of unlikely Superheros who join up together as a group only to help each other make money.  They become a group though nothing turns out how they plan.  The teams includes Gamora who is an assassin and the daughter of Thanos for those who read comics, Drax the Destroyer who is all muscles, Rocket a crazy raccoon who goes out and collects bounties on people, Groot who is a walking tree, and the star of the movie Peter Quill who is just your average Earthling. Each of these characters brings something unique to the team.

The most unique thing about this film to me is the humor. Yes, humor.  That is rare in these superhero films of today.  There are some jokes but most superhero films are very serious. This film is HILARIOUS.  It is a breath of fresh air.  There is even an 80s soundtrack to the film (which you probably heard in the trailer for the movie) that really makes the film enjoyable.  I also like that there were also heartwarming parts to the film.  You really get to travel with this team as they dislike each other and then really become friends.  No cheesiness to me either. 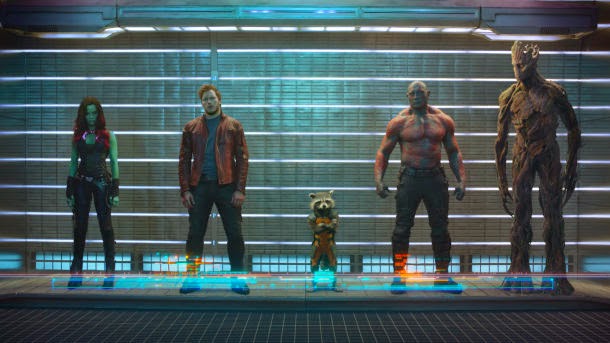 I was disappointed in the added scene at the very end of the credits.  All Marvel films typically have this (which is why you never see people leave a Marvel film until the bitter end). This time the end credit really had nothing to do with future films, or well anything.  It did have something to do with a character in the Marvel universe but still it fell flat and made me wish I hadn't bothered staying.  Just google it.

Really this is a great great film.  I recommend everyone seeing it.  I do hope this to be a successful franchise that can stand on it's own. For those who have seen the film Entertainment Weekly has a great article on it, though full of spoilers for the film so beware. It has interesting theories on a few topics. Have you seen the film?? What did you think?? I give this movie an A+.