Hobbit- The Battle of the Five Armies Review 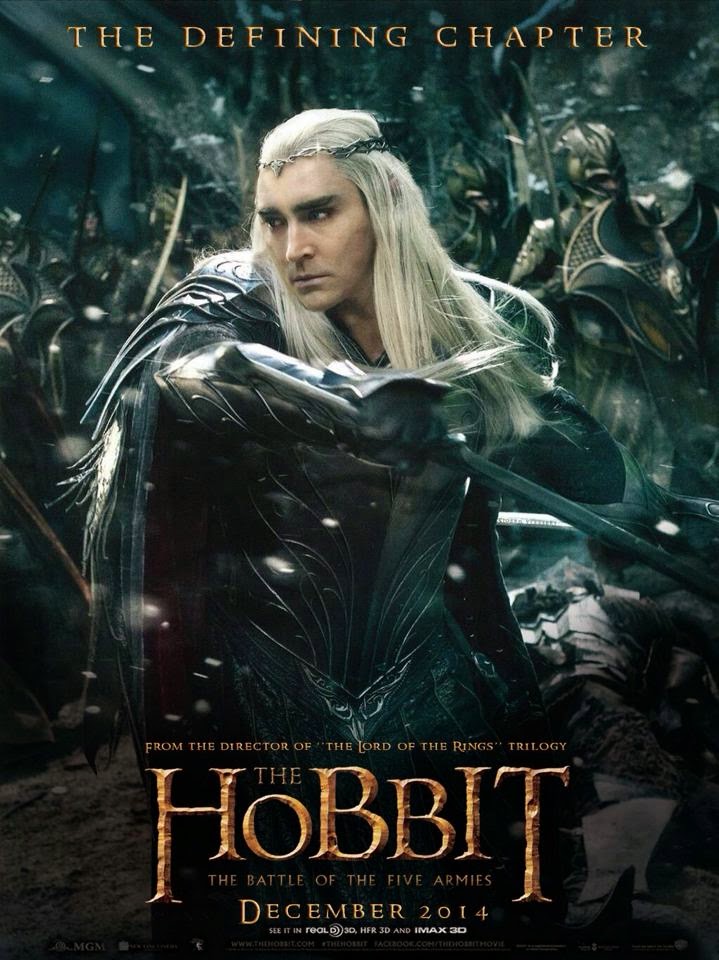 Finally the long awaited ending of the Hobbit trilogy. I didn't love the Hobbit... I liked Desolation of Smaug a little more an this one I liked a lot. I still didn't love it but compared to the other two it's my favorite. The pacing was much better.  I still don't think the Hobbit should've been split into three movies. Maybe two.  The first two movies squeezed into one and then this film. As I understand it, the Battle of the Five Armies is based off the Silmarillion by JRR Tolken.  I have tried to read that book a couple of times.. never got through it.  Just... hard to read for me.  It's written as a bunch of stories that have like whole sections of who is son of who!  Since I haven't read the book I have no idea how the movie compares to the book. Though I suppose I could Wikipedia it.

This movie picks up off from where Desolation of Smaug ends. There is a big showdown with Smaug... which looked good in IMAX.  It is amazing how much damage a dragon can do with fire. So now a big chunk of the film covers The Lonely Mountain.  Thorin becomes King and obsessed with the gold in the mountain.  He is desperate to find the Arkenstone .. an heirloom from his ancestors.  Bilbo finds it and hides it from him since he seems to have gone mad.  The big battle is taking place around the same time.  Elves and the men of lake town want payment from Thorin from all he has promised.  Of course Thorin doesn't want to pay... so we go through all the negotiations and what not.  Meanwhile... Gandalf comes back to warn them the orcs are coming.  No one pays attention to him until the orcs actually show up.  Then there is that big battle.  Battles Battles!  They win that battle and the rest you see in Lord of the Rings.

I did enjoy this movie.  I wasn't bored like in the first two.  Yes ... bored.  I can watch them but I never loved them.  This one is fun.  Hobbit films though will never compare to the Lord of the Rings trilogy for me.  I don't know what it is.... I feel that there was just too much stuffed in to make Hobbit three films. Bilbo should get more screen time.  His story is the main story in the books but in the films there are just so many subplots.  Finding a leader of lake town, a romance between an elf and dwarf, and then a character named Alfrid who is supposed to be the comedy.  This film though is pretty to look at though.. the action is great.  It is my favorite film out of the Hobbit trilogy and was great to watch in IMAX.

My review of Hobbit Desolation of Smaug

PS Thranduil is a bad ass! 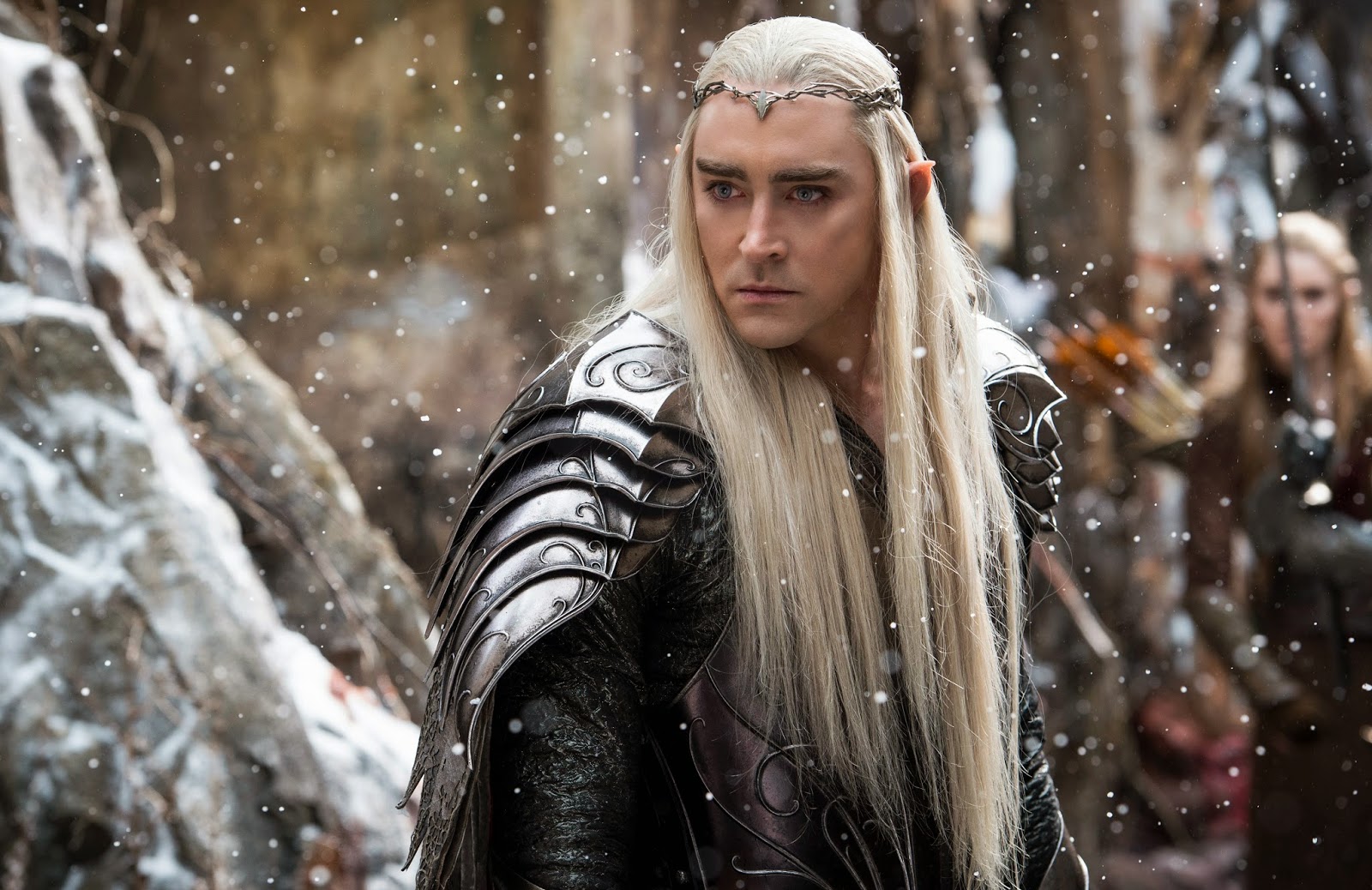