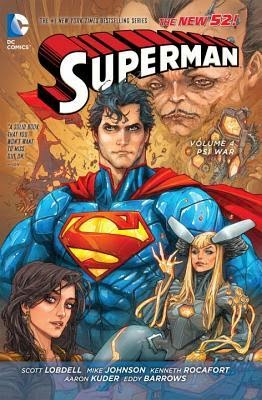 I received Superman Volume 4 PSI War from Edelweiss and DC for free for an honest review.  I was not paid for this review. So this comic is carrying on the fact that Clark has quite the Planet and is now a blogger.  He is teaming up with a woman (I forgot her name) to start a blog that will get all the inside information.  He of course still has feelings for Lois but she has moved on and he is with Wonder Woman (who does make an appearance in this comic).  One thing I did like about this comic is when the comic references a different New 52 comic there is a little note saying which issue.  I sometimes find any crossover information in the new 52 confusing so this helps out. I did think this was a bigger issue then normal. Quite a few villains and since they were all psychically powered beings Superman has a hard time versing them.  3 out of 5 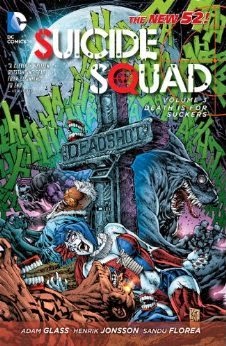 Next up we have Suicide Squad Volume 3 Death is for Suckers.  I really like this comic.  I love the fast pace story.. and the fact that these are villains.  I was able to skip some of the beginning of the comic because it covers Harley Quinn when she was in Joker's Death of the Family comics.  The only thing odd about this comic is that characters die.. and then a few issues later they are back.  I suppose there is some sort of hidden reason for this that will be revealed later. I will say though that this volume makes it like the Suicide Squad starts to like each other and would work together whether or not there was a bomb in their necks.  I feel like if this was a squad of truly evil characters they wouldn't give a crap about each other.  So we'll see if this whole "team" feeling continues on in the next volumes.  I know that Suicide Squad ends after volume 5 (which comes out in October) and now there is a new revamped one that will come out called "New Suicide Squad" which kind of looks like a joke to me. The cover shows that Joker's Daughter is in it, Deathstroke, Harley, Amanda Waller, Black Manta, and Deadshot.  So who knows what that one is going to be about. 4 out of 5 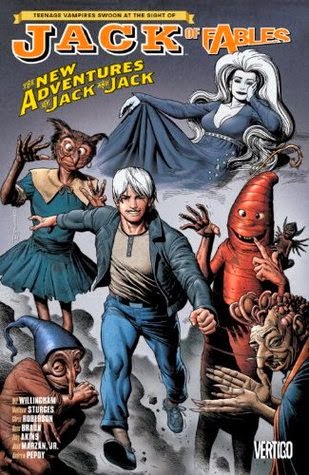 I haven't really enjoyed the Jack of Fables series which is a spin-off from the Fables series by Bill Willingham.  But this issue was finally a breakout issue.  I think that whole Literals war was just boring and shouldn't have covered 6 issues.  This issue finally gets more into other fable stories and was quite enjoyable.  Jack Frost has a huge chunk in this book of his own story which is quite entertaining.  Jack Horner also has his story going and is quite amusing.  I even think this could be a great comic to read for Fable fans even if you haven't read the other Jack of Fables comics. The cover of this comic is very odd though.  It has nothing to do with anything inside the comic book at all.  None of those characters are present except Jack Frost.  I am actually looking forward to the next two episodes which will finish out the series.  5 out of 5

Fables Volume 16 Super Team is another great edition to the Fables world. I love it.. this time the Fables try to dress up like Superheros to take out Mr. Dark.  Again here is the Fables writers taking care of story lines before they get too boring.  I like that we are still getting glimpses into the mysterious child of Beauty and Beast, Miss Sprat will have an interesting story now that Mr. Dark is gone, and Pinocchio and  Ozma might be going some where romantically.  The artwork is still so wonderful.  I love the details in the backgrounds of the panels. I really do feel like I am in the Fables World.   I thought this volume does a neat little nod to the Superhero comics we are used to.  Even the cover to each comic volume looks like a superhero comic book cover which I think is just fun. 5 out of 5. 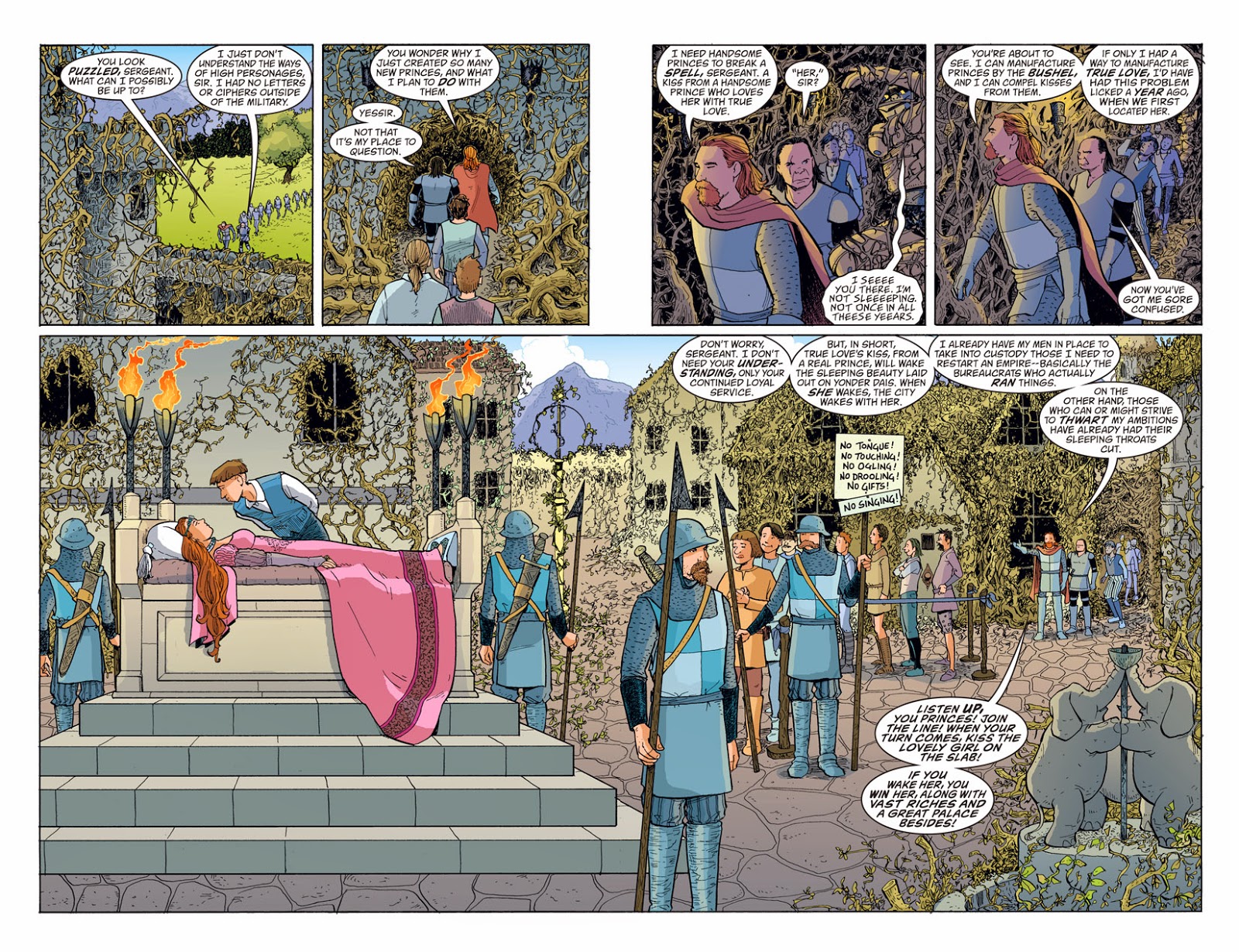 I am now up to 72 books towards my Graphic Novel Reading Challenge!