Bookish Games- who will win?? 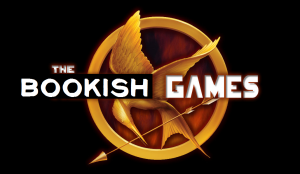 In case some of you may not have seen on the a Bookish Heart blog, Asti is hosting an event based off the Hunger Games.  It is really quite fun and you can read about it here.  Basically us (the bloggers) are put on two teams, the Tributes and Team Katniss.  It is a secret what team we are on.  From her blog  It’s “Team Katniss” versus “Team Tributes”.  The goal of “Team Tributes” is to get rid of everyone who is on “Team Katniss”, including Katniss herself.  They do this by voting for who they want to get rid of during each “Day” phase of the game.  Majority vote at the end of the “Day” results in that person being eliminated.  The goal of “Team Katniss” is to outlast all of the players of “Team Tributes”.  This can be done by avoiding getting voted out during the “Day” and killing players at “Night”.

Here is what is happening in Week 1.  You can see we are all suspecting each other!  If you want to comment about the games and what you see happening here is the Spectator Arena where you can talk about it.   The games might seem a little confusing to those of you reading along, we were each sent individual emails to explain it a little better.  But once you start reading along I think you will pick up what is going on.  I think it's a lot of fun so I wanted to let my followers know about it so they can pop over there and check it out and maybe play the next round (next round meaning when there is a second Bookish Games.. which I am sure there will be).