20,000 Leagues Under the Sea by Jules Verne- Review 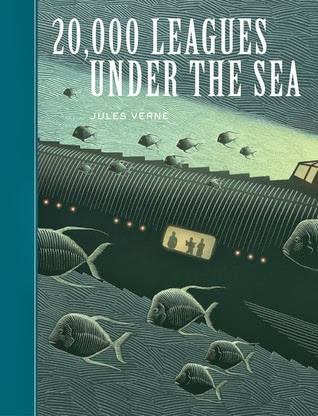 I really enjoyed this classic book.  I have been meaning to read a Jules Verne book for a long time but never have.  Then my most recent Project Disney - Atlantis came up and I had to read this book for that.  I am really glad!  Even though honestly there was hardly any story in this book about Atlantis.  Captain Nemo visits it briefly.  Here is the goodreads description:

Jules Verne was one of the earliest science fiction writers. He based his stories on the inventions of the day and made educated projections of future technologies. Like the best science fiction writers he did not let technology overtake his story or his characters. In 20,000 Leagues Under the Sea, Verne created the character of Captain Nemo and his submarine vessel the Nautilus. An entire ecosystem under the sea was shown by Verne and he showed how men could live in this environment. After reading this book, you will never forget Captain Nemo and his crew battling the giant squid and feel a certain degree of sadness when above water civilization finds them.

Of course I had heard of Verne's most famous books. 20,000 Leagues Under the Sea, Journey to the Center of the Earth, Around the World in 80 Days, I just had never read them before. I knew of Captain Nemo but not really who this person is in literature.  Just what movies and pop culture have told me. I was pleasantly surprised. Despite the book being written in 1869 is still reads really well.  Sometimes when I read old books they are dated but this one stands the test of time.

The story is a great adventure story. You get to go on this great adventure in the ocean inside a submarine that is piloted by Captain Nemo.  There is A LOT of scientific information in this book though.  Lots of descriptions of fish fish fish.  Did I mention fish???  And Plants!!! It is like reading a researchers journal at some parts. The Professor Arronax who ends up on board with Captain Nemo loves this and collects as many plants and shells and whatever else he can.  Towards the last chapters of the book I did start to skim these paragraphs. Just way way too much.  I don't even know if have the creatures mentioned were real or not?  Well of course the big monster at the end of the book isn't. 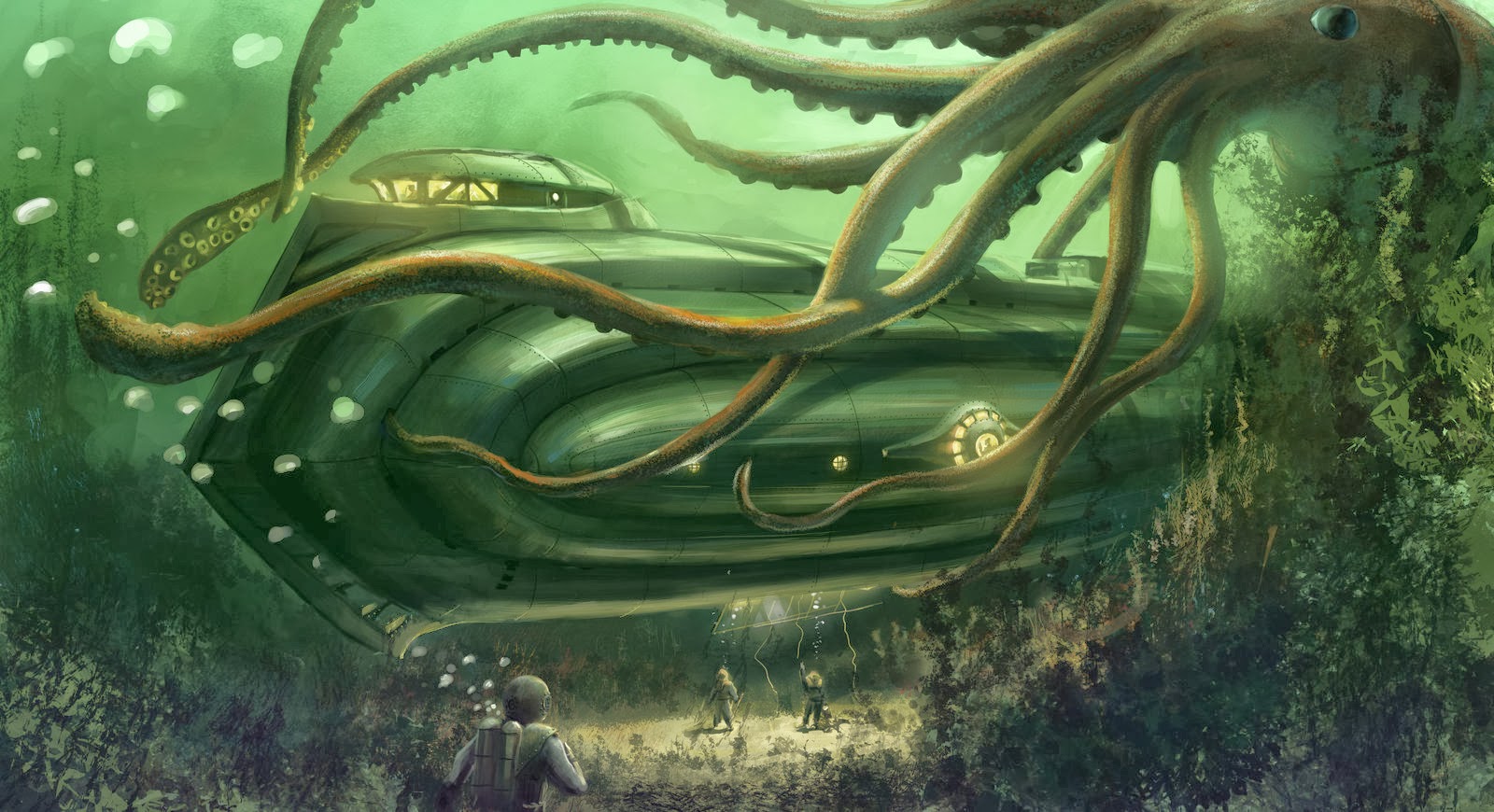 Jules Verne just has a way of writing that captures the imagination.  I could feel myself on the ship The Nautilus, as if I was apart of the adventure. There is one character, Ned Land, who starts to get panicky and wants off the ship.  While reading I started to feel like him and just wanted to get back to land.  I also thought before reading the book that 20,000 Leagues was how deep the Nautilus goes in the water.. but it is actually how far the distance Professor Arronax travels in it.  I have no idea if I read a good copy of the book?  I read that over the years the translations have cut more and more and even words and character names have been changed.

I have been trying to read more classic books lately and this one is great for those who like science fiction.  I am glad that I ended picking it up and can't wait to read more Verne.