This issue I talk about Batman and Robin Volume 3 Death of the Family,  Teen Titans Volume 3 Death of the Family, Red Lanterns Volume 3 The Second Prophecy, and Road to Oz Marvel's Wizard of Oz graphic novels series. I am getting caught up in a lot of the DC series.  Which is great!  Of course volume 4s are starting to come out now so I can only stay ahead in the comics for so far. 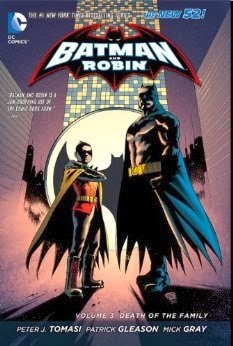 Up first... Batman and Robin.  For those that don't know this series is about Batman and his son Damion. There are several Robins but this one is my favorite.  Damion is a dark character.  Batman is trying to make him good... but it is hard since Damion was raised by the League of Shadows. This issue is the tie in for Death of the Family.  Which is a large arc that encompasses most of the DC related Batman comics.  I love to see the Joker as a villain in this.  Such a fantastic and evil story.  There is going to be a movie out this May based off this comic.  It comes from the wonderful DC animated universe and you should for sure check it out .. I know I am!5 out of 5 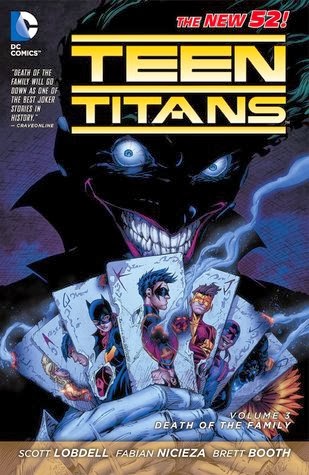 Teen Titans is a series I am really enjoying Volume 3 continues the Death of the Family story.  We get to see the Teen Titans get some action with the Joker story and even get a glimpse of the Outlaw characters.  I thought the art in this was great and to see Red Hood in action is fun too.  I like that the Titans now have their own center to work from.   The Teen Titans story was short in this book but that is because the Joker arc takes over. I look forward to the next issue when we get back to the Teen Titans.  In this book we learn more about Red Robin and his origins.  I really enjoy origin stories a lot so many we'll learn more about the other Teen Titans history in future issues. 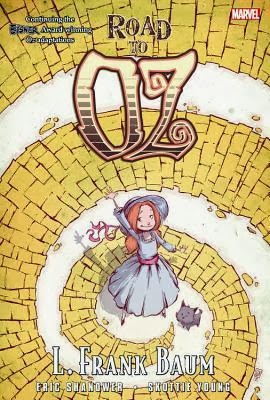 I have really enjoyed Marvel's Oz comic book series.   The art work is just amazing.  The 5th book in the Oz series is odd.  Baum wrote about Dorothy just walking along a road and meeting several people along the way.  This book (not the comic) was apparently Baum's way of trying to add characters from his other books not related to Oz.  Which is a little odd to me but the writer Shanower does a good job of not making it confusing for the comic readers.  This is the first appearance of Toto since book 1 and I enjoy seeing the dog.  We get to see the Tin Man's palace in this book too which is neat as well. I love the addition of the Rainbow's daughter in this book ... such a beautiful character.  3 out of 5 (only because this story of Baum's is a little boring) 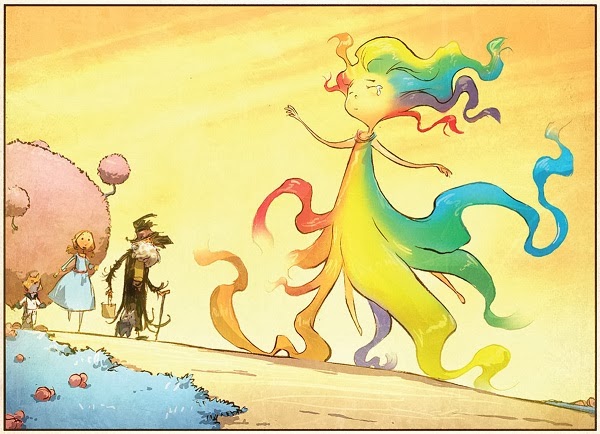 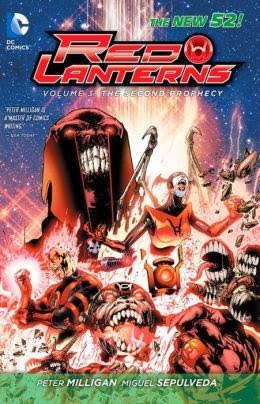 I have enjoyed the Red Lantern series.  It is dark though... and bloody. But I like to read it.. because there is a just a little good in the Reds.  Especially in the human Red Lantern who just wants to be human again but is constantly have conflicts with himself. The Reds are angry and violent so when I finish reading these I always feel on edge a little.  It certainly isn't calming. This comic arcs into the bigger Green Lantern story.  I haven't read Green Lantern Volume 3 yet but I suspect that the end of this book it also in that volume.  I enjoyed reading about the First Lantern and seeing all the Lantern's team up to go against him. 4 out of 5

I am now up to 18 books towards my Graphic Novel Reading Challenge!

*** Make sure your Disqus ID has your blog listed in your profile so I can visit your blog back, or leave a link to your blog.  If you can't see the comments contact me.***
Posted by Angela's Anxious Life at Thursday, February 20, 2014