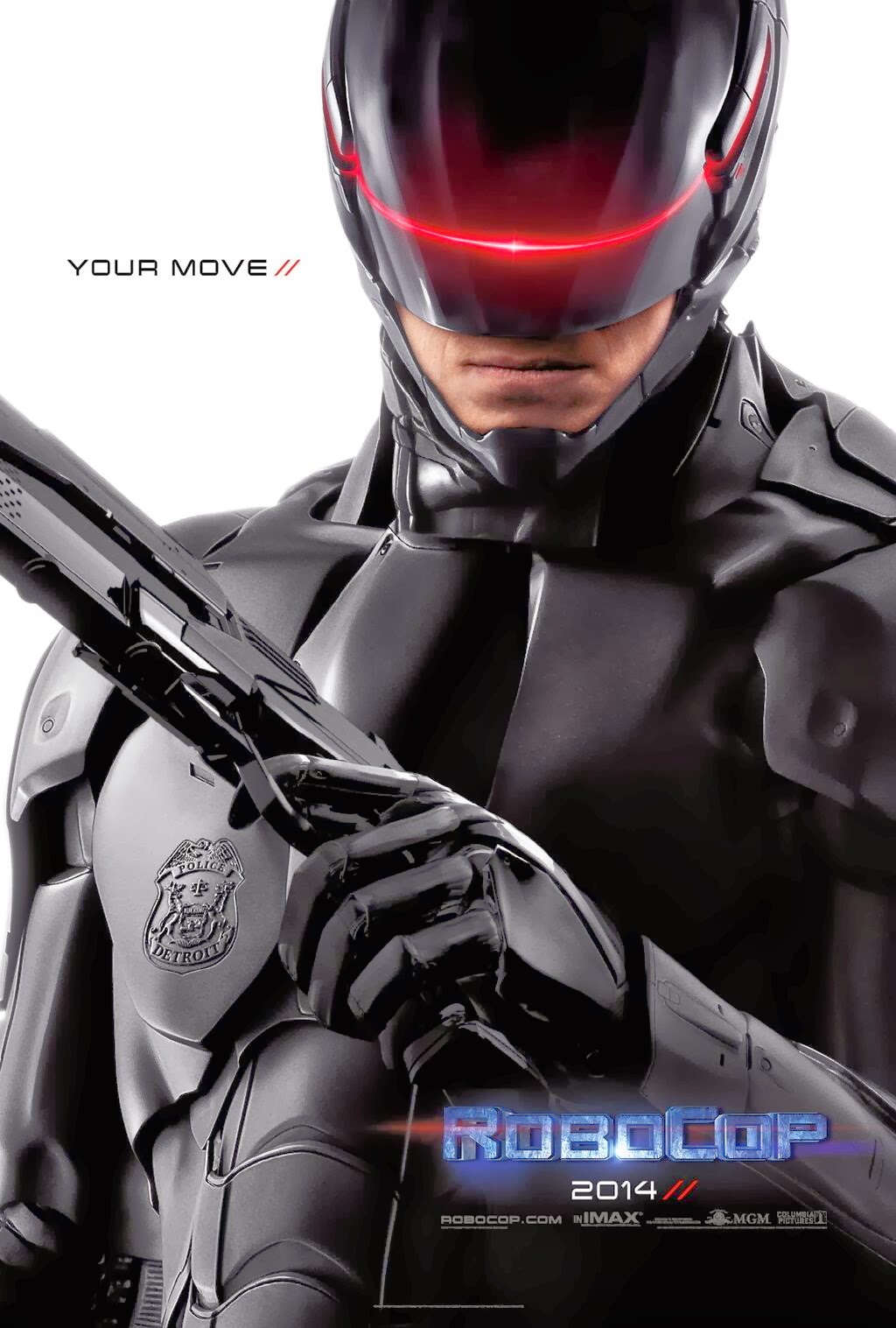 I was real excited to see Robocop was coming out especially because the actor playing Robocop Joel Kinnaman is an actor I have really enjoyed seeing in the show the Killing.  So to see him in more shows/movies is great.  Here is the description of the new Robocop 2014 :

In RoboCop, the year is 2028 and multinational conglomerate OmniCorp is at the center of robot technology. Overseas, their drones have been used by the military for years - and it's meant billions for OmniCorp's bottom line. Now OmniCorp wants to bring their controversial technology to the home front, and they see a golden opportunity to do it. When Alex Murphy (Joel Kinnaman) - a loving husband, father and good cop doing his best to stem the tide of crime and corruption in Detroit - is critically injured in the line of duty, OmniCorp sees their chance to build a part-man, part-robot police officer. OmniCorp envisions a RoboCop in every city and even more billions for their shareholders, but they never counted on one thing: there is still a man inside the machine pursuing justice.

I recently re-watched the first Robocop (1987) and enjoyed it.  Honestly I probably haven't seen it since the 90s! I can say for a face that the uniform Robocop wears in the original movie stands the test of time.  Really quite good.  I did like the new better.. yes yes I know.  How could I!  But what I liked about this one is that you get to be more personal and get to know the man Alex Murphy more.  We see his wife and kids in this film.  Also I thought it was pretty neat that we see Robocop without the suit on.  So what his body looks now that he is a robot, or what is left of it I should say. 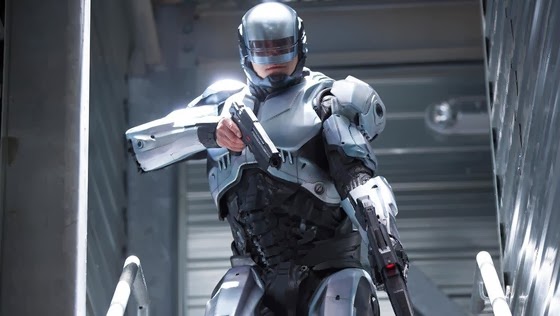 Of course what I have see as the biggest complaint in reviews is that we don't get to see enough action.  Yes it's true.  The first hour of the movie is just story.  We really don't get to see Robocop in action till the end of the film.  I was never a huge fan of the original film.. so I don't have as many issues with the film as those fans. Robocop's uniform does get a little makeover in this film.  Instead of the silver we are used to, the suit becomes black.  Honestly I love the silver.. and you do see it silver for a little while in the 2014 which is my favorite.

I do wish we would've had a Robocop with an R rating.  The newer film now has a PG13 rating.  I would've liked to see an R rating but I can see them wanting to attract a younger audience.  With the R rating though we could've seen a darker film, similar to the original.  With drugs, and real crime in Detroit. I would give this movie a B. Go out and watch it if you don't care for all the love movies our right now... you'll be in for a good time.