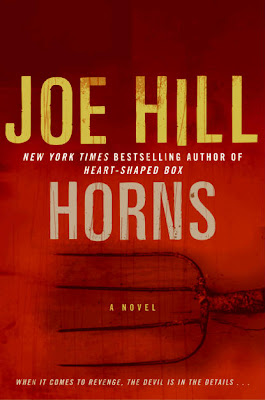 I had put off reading this book for way too long. Every since I heard Stephen King had a son who's an author and people were loving Hill's books I was like.. I have to read this now!  But then... all these other books got in the way.. and blah blah.  Then last weekend someone on my Stephen King Fans group on goodreads wanted to do a buddy read with someone with Horns.... and I was like OK I'm in.  Well... I ended up being stood up by this person, but that doesn't matter.. I don't think they could've stayed caught up with me I almost read this book in one day!  Here is the goodreads description:

At first Ig thought the horns were a hallucination, the product of a mind damaged by rage and grief. He had spent the last year in a lonely, private purgatory, following the death of his beloved, Merrin Williams, who was raped and murdered under inexplicable circumstances. A mental breakdown would have been the most natural thing in the world. But there was nothing natural about the horns, which were all too real.
Once the righteous Ig had enjoyed the life of the blessed: born into privilege, the second son of a renowned musician and younger brother of a rising late-night TV star, he had security, wealth, and a place in his community. Ig had it all, and more—he had Merrin and a love founded on shared daydreams, mutual daring, and unlikely midsummer magic.
But Merrin’s death damned all that. The only suspect in the crime, Ig was never charged or tried. And he was never cleared. In the court of public opinion in Gideon, New Hampshire, Ig is and always will be guilty because his rich and connected parents pulled strings to make the investigation go away. Nothing Ig can do, nothing he can say, matters. Everyone, it seems, including God, has abandoned him. Everyone, that is, but the devil inside. . . .
Now Ig is possessed of a terrible new power to go with his terrible new look—a macabre talent he intends to use to find the monster who killed Merrin and destroyed his life. Being good and praying for the best got him nowhere. It’s time for a little revenge. . . . It’s time the devil had his due. . .


When I say this book is amazing.. I am not joking.  I love these kinds of books.  Makes me happy, sad, angry, confused, and then finally if it's a good ending like in Horns I feel fulfilled. This book brings you into the world of Ig... it starts off with a bang.  And then you go back and forth between the present and the past.  You get to see each characters part of the story through their own re-telling because when Ig touches them their inner demons come out.  This book had just enough horror to be perfect.

In case you don't know, horns is about to be a movie... starring Harry Potter himself Daniel Radcliffe.  I think he is going to do well in the role.  I saw him in Woman in Black and thought he did a fantastic job! 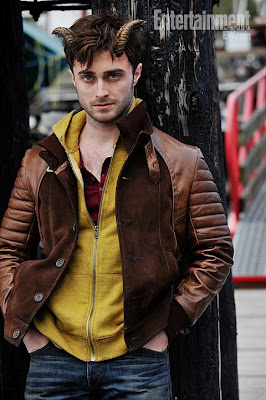 The love story in this book was amazing.. and using mores code was really clever for a love letter. If you look inside the book cover you will see mores code drawn in there.  It made me smile after reading.   I really actually got teary eyed when reading the note.  I loved the mysterious tree house.  Though where did that tree house come from and exactly why Ig was the devil I am not sure.  The way Hill writes the villain Lee was great.  I really was scared of this guy.  I mean he let his mother suffer for weeks and weeks just to see how far he could go.

This book makes me wish I was a better reviewer.  I have never been that great at putting things in words.  The funny thing though is as I look through the reviews on goodreads everyone is saying the same thing.. they loved the book so much they don't know what to say about it!!  I can only tell you to just go out and pick this book up and you will not regret it. 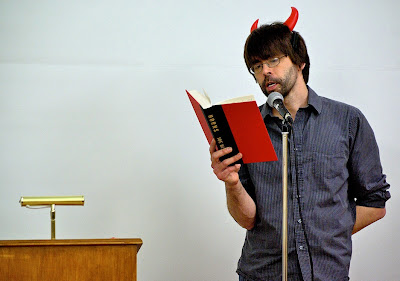