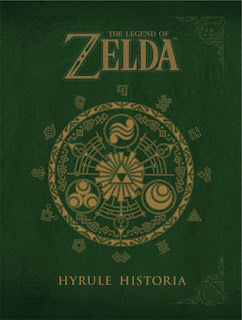 The Legend of Zelda: Hyrule Historia

This book has a lot of hype behind it in the gaming world and for good reason.  I mean ... this book knocked Fifty Shades of Gray off the the number one spot on the Amazon booksellers list!   Yea for geeks! Here is the goodreads description:

This book is beautiful. It could be considered an art book to me. It is the history of Link, Zelda, the worlds and all the villains. Most of the information in the book is about Hyrule. Who rules it, who are it's people, and also looking at all the landscapes. It has a wonderful timeline of each game (the order they were released is not the order in the history of the world). The book is full of illustrations and graphics of the characters, maps, and game shots. After looking at all the pictures this book for sure made me want to go out and re-play all the games!

There is a lot of focus on Skyward Sword in this book. I am not sure if that is because it is the most recent game so they are going for sales? When I say there is a lot of pages about Skyward Sword I mean A LOT. I personally loved the game Ocarina of Time and wish there had been more pictures from that one. I have always played Zelda and to be honest it is the only reason I buy Nintendo anymore. I wish that Nintendo would just sell the Zelda franchise but of course that is their big money maker and they would never do that.  Recently some of my friends have gone retro and picked up some old Zelda games.  They are expensive.  You typically can not find an old Zelda game for less the $40.  For those of you who are not gamers that is expensive for a game that is 20 years old.


These pictures in the book show the evolution of the characters 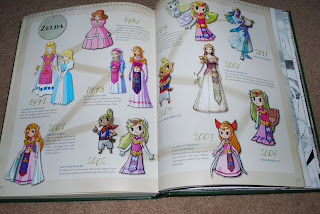 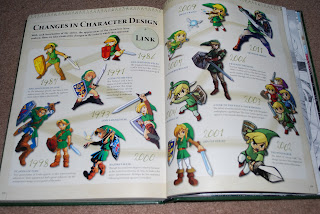 In the back of the book is a Skyward Sword Manga.  Which might be confusing for those who don't know about Manga.  You read Manga starting on the last page and you read right to left.  This section of the book is wonderful.  I love the art and I love that this might introduce people to Manga.  I don't normally read this genre but every now and I then I enjoy checking it out. 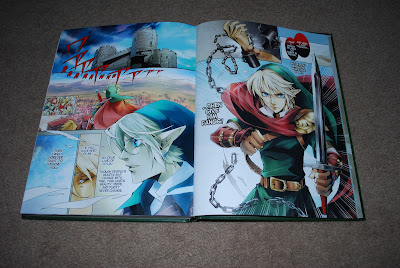 Zelda games have been one of my favorite.  They really are what introduced me to RPG type video games.   I have so many fond memories of these games and this book is a fan's dream come true.  I can't wait to see what this series has store in the future.

Sun is shinning!!!  Great day to go outside and read this book.
Posted by Angela's Anxious Life at Wednesday, March 27, 2013