This issue we talk about Superman Vol 3 Fury at World's End, The League of Extraordinary Gentlemen by Alan Moore,    Age of Ultron Marvel, and Kingdom Come DC. 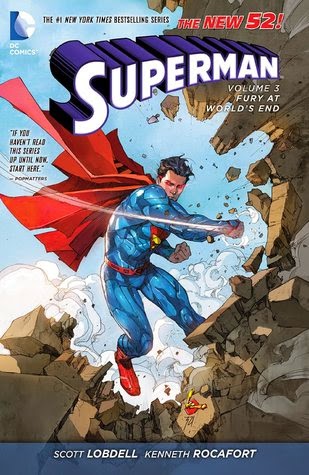 I myself enjoyed volume 3 of the Superman DC New 52 though most of the reviews I have read other people did not like it. The beginning was a little confusing.  Once I picked up where the story was going I was fine.  I liked that the comic included Superboy and the Justice League.. even a little Lex Luther.  I do think you should read Supergirl Vol 1 before reading this comic.  Though I suppose it is easy to pick up that she has entered Earth and is confused about being here. I like the parts where we see Superman at the Daily Planet and hanging out with Jimmy Olsen (his new roommate).  Those parts are fun.  4 out of 5 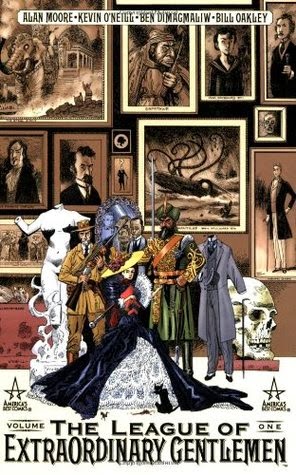 I have bee wanting to read The League of Extraordinary Gentlemen by Alan Moore for a long long time.  First off I loved Watchmen also written by Alan Moore.  So I knew he was a good writer.  Plus the League of Extraordinary Gentlemen has a lot of literary characters in it.  Allan Quatermain, Mina Murray, Captain Nemo, Dr. Henry Jekyll and Edward Hyde and Hawley Griffin ( the Invisible Man) are all in this volume.  The art work is even more amazing! I love all the detail in the pages and the "old" look the colors give the comic.  Really this is a great and impressive comic! 5 out of 5 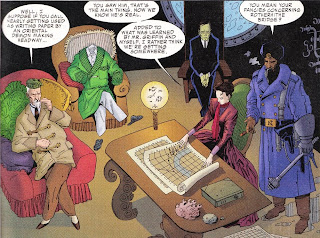 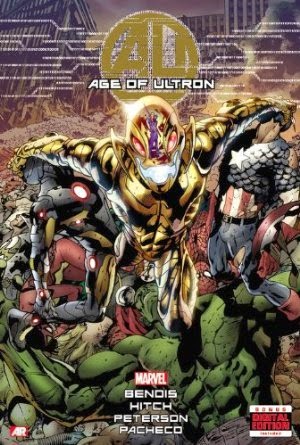 Let's be honest. I haven't read a lot of Marvel. But I do love Marvel movies. So when I found out that the next Avengers movie was going to be called Age of Ultron I had to go and pick up that comic. My library had the whole volume and I read it in one sitting. SNORE. What? Whedon says he is going to give Ultron a new story and let's hope he doesn't follow this comic AT ALL. The book starts off with Ultron pretty much destroying the Avengers and the World. The Avengers here of course aren't the same team we see in the movie.  It is a much larger team consisting of many different heroes (including Spiderman, Fantastic Four, etc).  I also didn't feel like the series really came to a close.  What exactly happens to Ultron.  Plus we have a few comics just thrown in here that seem pointless to the story arc.  Plus Wolverine is who most of this series is about.  WOLVERINE??  While I like Wolverine I just didn't like him in this at all.  2 out of 5 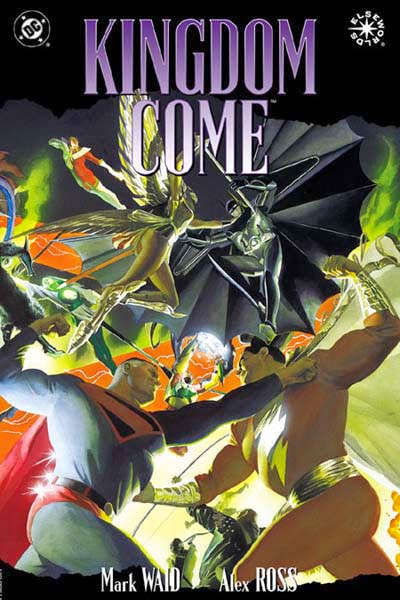 I picked up Kingdom Come by DC from the Interlibrary Loan from my library.  I hadn't heard of this comic before because it was published in 1997 and back then I didn't read comics.  Apparently this comic is top notch in the comic world so I was happy to jump in and read it.  I have seen the art before (which I love)... Alex Ross is well known for his superhero art.   I did think it was a little confusing at the beginning.  Once I caught onto the story though it took off. The story is very deep.  It really tells us what would happen if superheros did become gods among us. The story takes place in the future so all the superheros have aged.  We seen an old Batman and Superman. Superman has retired and gone into hiding along with the rest of the Justice League. Eventually Superman sees what has happened to the world and comes back to help. The meta-humans have taken the laws into their owns hands.  Disregarding humans and human laws.  Lex Luther and the humans are trying to step in and fix it, give the power back to humans.  The ending of the comic is so wonderful.  One of the best endings ever.  Three superheroes meet up in a cafe and have a wonderful chat with each other.  I think this is a typical superhero story.  All is lost and everyone goes in to save the day.  This story did have a little more to it though.  It reminded me a little of The Watchman when the question is asked "Who Watches the Watchmen".  In Kingdom come we must decide who was at fault—the renegade super heroes with their lack of respect for life or society for picking that style of heroism over the old style that was Superman's?  This comic has a lot more deeper meanings then a lot of the superhero comics I've read before.  I really am glad that I found out about it and read it.  It is no wonder people love it and it is well known in the comic book world.   5 out of 5

I am now up to 42 books towards my Graphic Novel Reading Challenge!