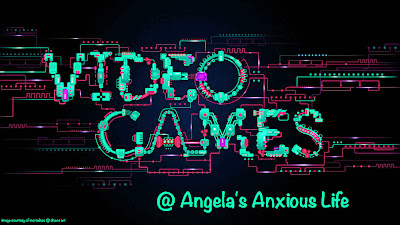 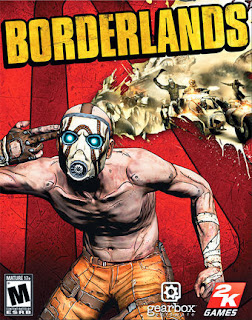 I've been debating a long time on weather or not to review Borderlands. I didn't end up finishing the game... DNF! I really loved the game... great first person shooter.  You get to explore a big world.  You get different jobs and these jobs are categorized as hard, tough, normal, ext. You gets levels and you try to do the jobs around your level.  If you don't then the jobs will just be too tough and you just won't be able to finish them.

So I played and played this game.  Really it was hard... I mean.. at first I didn't realize that I shouldn't even try to attempt to do the jobs too high ranked for me.  So I tried this one job for like 2 hours and then gave up and went to bed.  Then the next day I tried again and went for a different job and then had fun again.  Yea... here we go!  Then I moved to the next jobs and stuck with the "normal" level ones and just couldn't get past!  I don't get it. 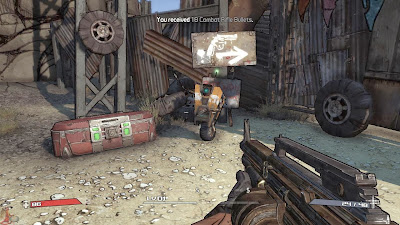 Others that I have talked to about this game say it's best to play with other people.  If I was playing on PC I could join a group. I am playing on the PS3.  I only have one controller since we game more on the Xbox 360 so no one in my house can join up.  I suppose that I could run around and level up by constantly killing lower level creatures but I don't know.  I guess I am discouraged.  Which is a total bummer this game is actually pretty hard.  You can't put the game on easy either.. there is only one game type which I guess you could call normal. 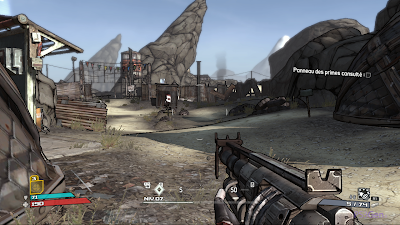 I won't even bother with Borderlands 2 since I can't even do this one.  Unless possibly on the PS4 you can group up with other people (I plan on getting the PS4 in the new year). I am very excited to hear that TellTale games is going to make a Borderlands game... now that game I know I'll be able to play and beat since Tell Tale games are easy.  There is even a trailer for the game already out:

Maybe I'll give Borderlands another go... I just wish it was easier on single player and that multiplayer wasn't really necessary.  Of course ... maybe I am just not as good of a player as I thought too.  No wait... that can't be it!