Fairytale Retellings… What Makes Them so Popular?


Hello! I’m Angie from Angela's Anxious Life and I would first like to thank Misty for allowing me to join in on the Fairy Tale Fortnight!  I am here to talk all about fairy tale retellings, which if you think about it, is practically all the fairy tales we know.  I am going to focus primarily on the more modern retellings we have had lately, from feature-length movies and TV shows to vast collection of books.  Some I have loved and some I haven't enjoyed at all.  It seems all of a sudden these retellings are becoming more and more popular, which is just fine with me.  I think everyone has been so used to the classic Disney fairytales that these new retellings are fun and exciting.  Everyone looks for different things in retellings.  Some people like them to be faithful to the original story, some like happy endings rather than the original, not-so-happy, endings (like the ones in Grimm's fairytales), and some like them to adhere to a certain time period.

I think in books we have seen a huge amount of retellings.  Books like Meg Cabot's Princess Diaries are more like the classic fairytales that we know and love.  While more controversial ones like Ash by Melinda Lo are about questions that have to do with a character's sexual orientation (BTW, I will be giving this book away along with this post). You might even go as far as saying books like Pride Prejudice and Zombies and Abraham Lincoln Vampire Hunter by Seth Grahame-Smith have become fairytale retellings.  Comic books are also wonderful in retellings.  I am a big fan of Willingham's Fables series (which inspired me to write on this topic).  The stories in these comics have the characters go back to their origins correctly but throws these characters into our world where they have to try to live among us and stay out of trouble.  Also, there are even erotica books out there that are retellings – take Anne Rice's The Claiming of Sleeping Beauty.  Goodreads has a list of fairytale retellings which you can find here. 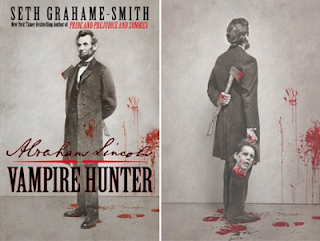 Fairytale retellings on the screen have never been more popular than now.  We of course have Once Upon a Time, a show about fairytale characters that are thrown into our world and we learn of their fairytale lives through series of flashbacks.  There have been plenty of movies based on retellings including quite a few recent ones: Jack the Giant Slayer, Oz the Great and Powerful, and Hansel and Gretel Witch Hunters.  Most people also know about the Broadway show Wicked (which I loved and have seen twice already) based off the book Wicked: The Life and Times of the Wicked Witch of the West by Gregory Maguire (which I did not enjoy).  Wicked is a retelling based off the point of view of the Wicked Witch of the West, which most of us have grown up knowing as the villain in the movie The Wizard of Oz.  Honestly, if you haven't see the show go and check it out!  Rounding out the list of cinematic retellings, we have probably the most well-known perpetuator – Disney.  The thing about Disney is that they have done such a good job of retelling that those who watch these Disney classics have almost forgotten the original telling and think of the Disney version as the real one. 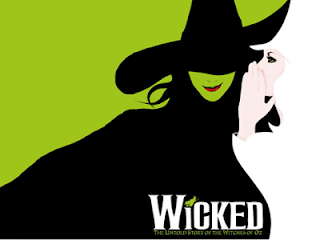 I myself am a big video game player.  Though fairytales and their retellings are probably more predominant in the worlds of literature and screen, their mark on the video game industry cannot be denied.  Take for instance the series of Mario games – where Mario is always saving Princess Peach from the dreaded King Koopa.  A more direct link can be seen in Disney's Kingdom Hearts series which incorporates various Disney movie characters and elements. The nice thing about video games is you get to live through the eyes of the characters and really feel like you are in their world.  You also have American McGee’s Alice and Grimm. These two are of a much darker tone and are for mature audiences ONLY. 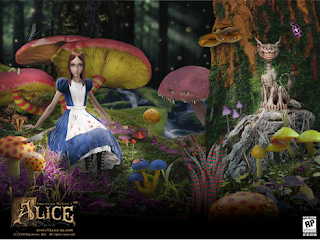 I always have a lot of fun comparing the retellings to the original fairytales.  If you go back to the fairytales from Grimm you will find rape, murder, blood and gore.  For example, in Cinderella the stepsisters cut off their toes and heels to fit in the glass slipper.  Wow – can someone say desperate?  What I love about fairytales is that they reveal all the flaws and strengths in human nature.  I think by reading them we can see ourselves in them and relate to similar experiences in our own lives, even in the retellings which are more modern.  If you haven't tried out a retelling I implore you to take a chance on one. Retellings can take the exciting elements of the story from the original and give it a whole new meaning.  By retelling and retelling these stories, they will never die.

What are your favorite retellings?  Least favorites?

Thanks again for having me!