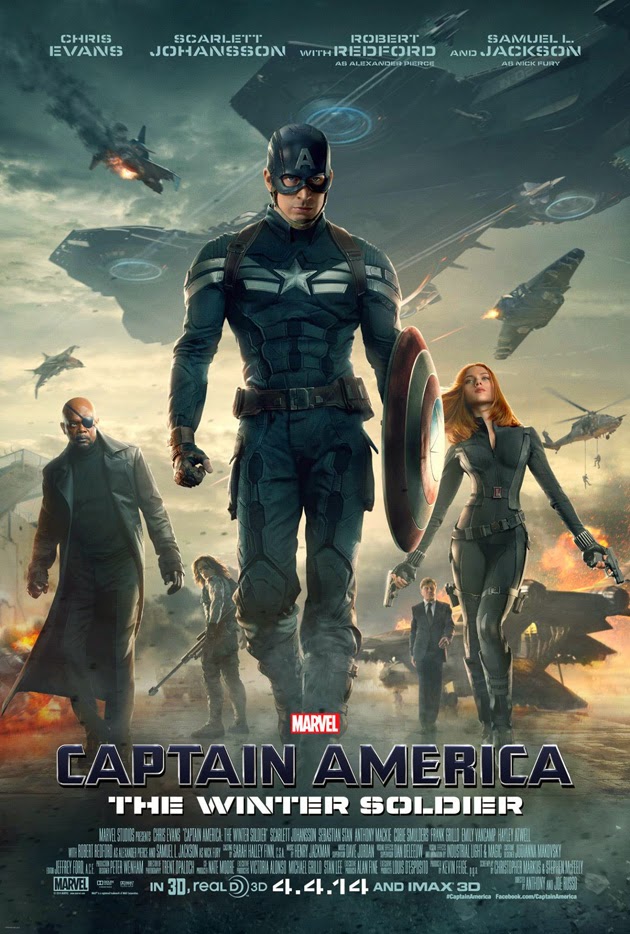 The highly anticipated Captain America sequel did not disappoint!  I was a little leary about it since I didn't really enjoy Thor 2 the Dark World.  I thought that film tried way to hard.  Captain America The Winter Solider on the other hand was exactly what you would want in a sequel!

For those that follow the blog you know you that I read a lot of comics.. but mainly DC comes.  This isn't because I don't want to read Marvel it's just that I don't know where to begin.  With DC I have been able to start at the new 52.  Since I don't read Marvel that much I didn't know much about the Winter Solider, so it was all a surprise to me. I really enjoyed that!

I think this movie was so well put together that you could go in it, without ever seeing the first Captain America and not be lost at all. The humor was on point, the characters were emotional and made me emotional. This movie is really setting up the huge Marvel universe.  Though this film does make me question what will happen to the TV show SHIELD (which yes I have been watching). It makes me really wish that DC could do this.  But instead we have DC rushing.. changing the Superman sequel from a stand alone Superman movie to an almost full fledged Justice League movie. 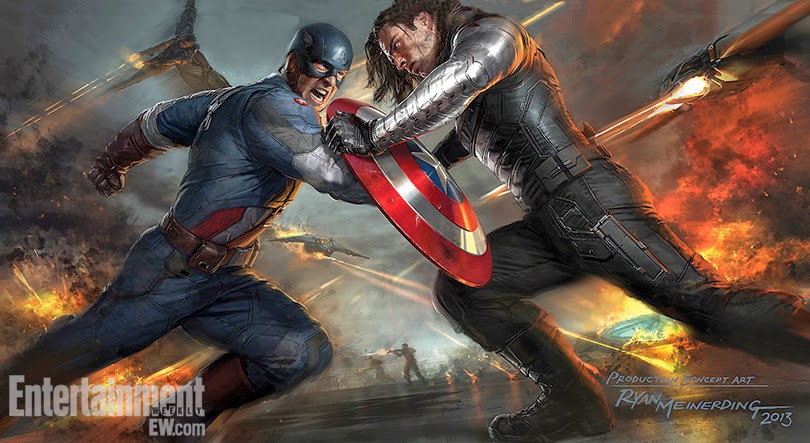 This movie is totally up to par with the Avengers. I am really looking forward to the third Captain America. The third Thor on the other hand I can wait for. A+
Posted by Angela's Anxious Life at Monday, April 07, 2014