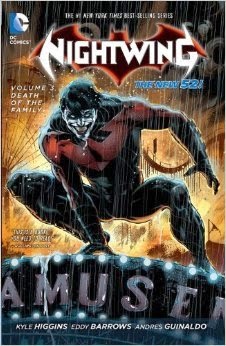 Nightwing Volume 3 includes part of the Joker arc which I have read so I skipped that part. The rest of the book gives a huge spoiler which I guess happens in the comic Batman Incorporated which I haven't read yet. Sigh  I had no idea that they died.  I have stayed caught up in all the comics.  Turns out they die in Batman Incorporated which is a comic series I haven't been reading. I also learned that Nightwing has been canceled so I think volume 4 will be the last one in the series.  I am kind of sad about this since I like Nightwing but reading this issue I can understand why it's not as popular anymore.  Nightwing's stories never seem to be his own. He is always mixed up with Batman and never really gets his own story to take off. 3 out of 5 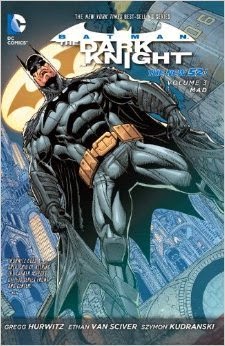 Batman The Dark Knight Vol 3 Mad is a series that I have enjoyed.  Here is another series that will be coming to an end with Vol. 4.  This is OK because the series doesn't really have a big story going with it.  Each volume seems to follow one story with one villain.  Volume 3 really is Batman VS the Mad Hatter.  We get to see Batman at his lowest, with his long time love interest dying.  It seems that Batman can never be close to anyone.  I didn't love the art work in this issue.  I felt it was a little messy and could be hard to follow expressions on faces at times. 3 out of 5 stars 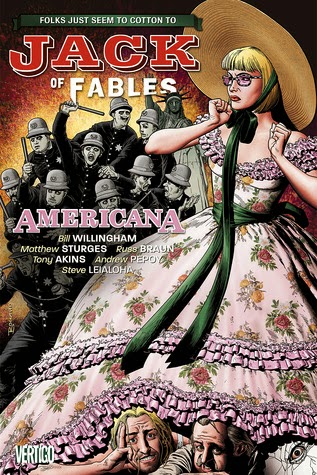 I am still continuing in the Jack of Fables series (which is the spin off series from Fables by Bill Willingham). I don't know this series still isn't great but this book was much better then volume 3. This time Jack is still running around trying to have sex and find riches. I did like this one a little better because we get some new characters in it.  I was going to try to finish all the Jack of Fables before jumping back into the main Fable arc but I decided to go ahead and just read both at the same time.   3 out of 5 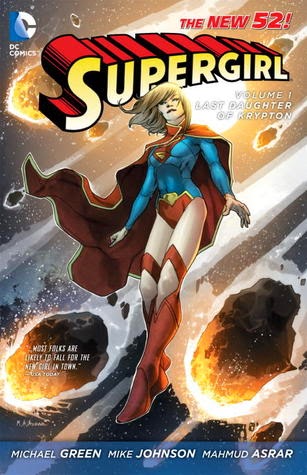 Supergirl is a new 52 that I borrowed from the library since I am starting to get caught up on the other new 52 I am reading.  I really enjoyed it.  I liked how this comic portrays what it would be like for an alien to just show up on our planet and get all their powers at once.  My library only has volume 1, though I did request that they get volumes 2 and 3 since I really enjoyed this one. I have to admit though Supergirl's outfit just doesn't do it for me.  She loses her skirt and has to wear some sort of underwear, and the boots are crazy too!!  The story at least gets 5 out of 5 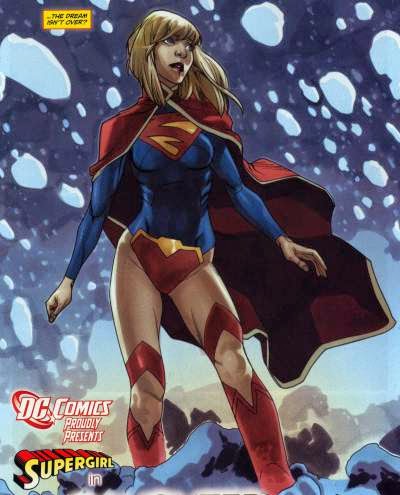 I am now up to 38 books towards my Graphic Novel Reading Challenge!