This week I've read The Culling:  Rise of the Ravagers which is a New 52 and apart of the Teen Titan story line. I read Oz: Ozma of Oz which is the third book in the Marvel Oz series, Fairest Vol. 1. which is a spin off from the Fables series.  And last I read Wonder Woman vol 3 also apart of the New 52 by DC. 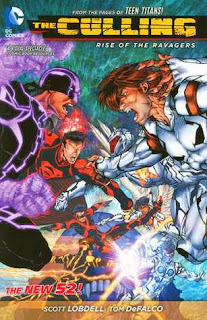 Let's start of by talking about The Culling: Rise of the Ravagers.  Honestly I only picked this one up because after reading Teen Titans Vol 2  I realized I had missed something.  I discovered that The Culling falls in between Teen Titans Vol 1 and Vol 2. So of course I went back and found this comic. I enjoyed seeing the Teen Titans and the Legion Lost team up against Harvest. 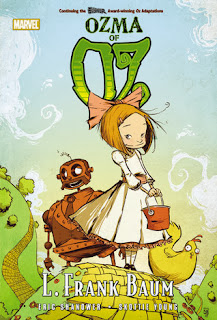 Next up I read Oz: Ozma of Oz.  I read the first two graphic novels my Marvel a few months ago when I did an Oz month on my blog and really loved them.  The art style is pretty amazing for one thing.  So whimsical.  What I really love about these is how close the author stays to the books.  So ... I have only read the first Oz novel by Baum but these graphic novels keep the series going perfectly.  This book is about Dorthy going back to OZ ... and meeting back up with her team of friends. We get to visit with Ozma again and meet a lot of new and neat characters.  Including a funny chicken. So fun! 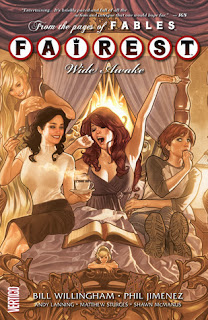 I love love the series Fables.  So when I heard there was a spinoff called Fairest I was IN!  This series seems to be about all the ladies in the Fable world.  So this story is basically about the Snow Queen and Sleeping Beauty.  I THOUGHT that I needed to read this because I thought it occurred in the time line before vol 13 but actually it isn't until after vol 16.  So I was a little confused but luckily it is decent enough to be a stand alone volume.  I won't read the other Fairest yet though till I get father in the Fables universe. 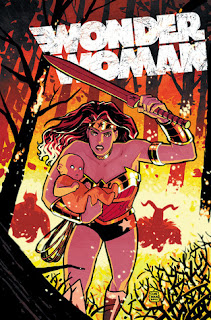 Finally this week I read Wonder Woman vol 3 from the new 52.  I love this Wonder Woman series sooooo much.  Really it is fun fun.  It really brings in a lot of mythology characters so we get to meet all the gods and see them in modern day.  This is still not my favorite art work in the DC world... but the story line makes up for it so I don't mind at all.  I really think it's a good arc and a great story about Wonder Woman.