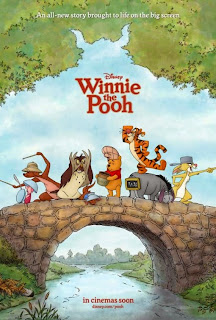 I have really grown a new love for Winnie the Pooh. Before starting Project Disney I had forgotten that Disney released 2 full length theatrical Pooh movies. The second one (this week's Project Disney) came out in 2011. There are 5 Pooh movies released in Theaters but this one falls under the Walt Disney Animated Classic Movies which are the ones I am covering under Project Disney. Unlike the first Pooh movie The Many Adventures of Winnie the Pooh, this movie doesn't stay as close to the original stories by A.A. Milne.  This movie does include scenes from the stories "In Which Eeyore Loses a Tail and Pooh Finds One" and "In Which Piglet Meets a Heffalump" from Winnie the Pooh. The other story is found in The House at Pooh Corner: "In Which Rabbit Has a Busy Day and We Learn What Christopher Robin Does in the Mornings".

I like that this movie follows the format of the first movie.  Both movies start out with scenes from Christopher Robin's bedroom with the opening of a story book.  Also both movies have animated scenes that take place inside a book.  It is much too short of a film... only 70 minutes long.   This movie's plot is about a sign that everyone find that says Christopher Robin will be back soon.  But Owl reads it as Christopher Robin is captured by a Backson! 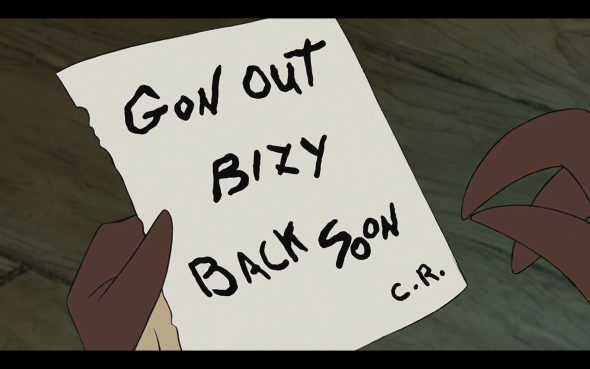 They set up a trap for the Backson and Pooh falls into it.  There is an amazing play on words during this part of the film. The whole gang (Owl, Eeyore, Kangaroo, Roo, Rabbit and Pooh) all fall into the pit except Piglet. It doesn't even dawn on them that Owl can get them out!! 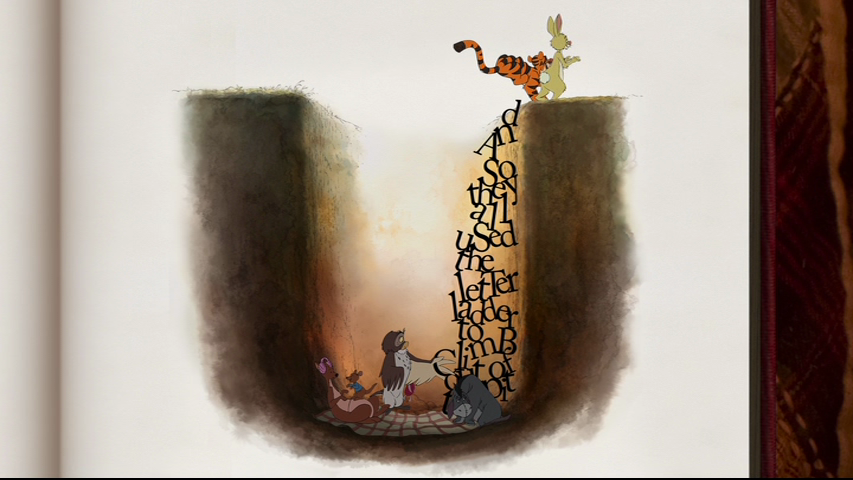 Really these films and stories are quite enjoyable.  I am so glad to have revisited the world of Pooh as an adult.  This film is much more modern then The Many Adventures of Winnie the Pooh but still has that wonderful feeling of innocence. For Project Disney I was not really excited about the Pooh films or books.  Once I read the book and watched the movies though I was very impressed.  If you have visited Pooh in years like myself you should give it another go.  The film ends like all Pooh films should end.. with Christopher Robin and Pooh walking off together, best friends for life.

Check out my other Project Disney:
Snow White
Cinderella
Peter Pan
Treasure Planet
Sleeping Beauty
The Great Mouse Detective
The Hunchback of Notre Dame
The Princess and the Frog
Pinocchio
Fantasia
Beauty and the Beast
Lady and the Tramp
Alice in Wonderland
The Rescuers
The Rescuers Down Under
Tangled
Oliver and Company
Mulan
The Little Mermaid
Bambi
101 Dalmatians
Frozen
Fantasia 2000
The Jungle Book
The Emperor's New Groove
The Sword in the Stone
Aladdin
Atlantis
The Aristocats
The Lion King
The Many Adventures of Winnie the Pooh
Robin Hood
Hercules
Pocahontas
Dumbo
The Black Cauldron
Mary Poppins
Lilo and Stitch
The Adventures of Ichabod and Mr. Toad
Make Mine Music
Tarzan
Fox and the Hound
Melody Time
Posted by Angela's Anxious Life at Friday, April 18, 2014