Today is day 4 of Blogger Appreciation Week (though I am posting this in the last hour of day 4!!)
The discussion today is what books you SHOULD read.  I am going to talk about books for Halloween and the month of October since that is next month and Halloween is my favorite!

This first one is a MUST read.... if you don't look into any of the other books I post about look into this one.  I don't care what genre you like.  This book is AMAZING!

The first book has one chapter for each day in October!  It is everything a spooky book should be! 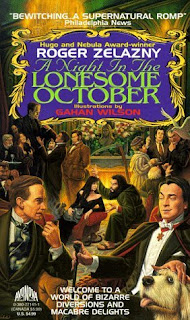 Snuff, a guard dog who performs thaumaturgical calculations, accompanies his master, Jack, on collecting expeditions into the Whitechapel slums of nineteenth-century London. Zelazny manages to cleverly combine Jack (the Ripper), Sherlock Holmes, Dr. Frankenstein, and Dracula together with witches, werewolves, druids and many others in this amusing tale of an approaching confrontation that, on the Halloween of a full-moon, will change the cosmic balance of power between good and evil. Told through the eyes of Snuff, Jack's guard dog, who performs magical calculations in addition to accompanying his master on collecting expeditions into 19th century London. Twists and turns of magical espionage and adventure unfold as this unforgettable tale plays out over the course of 31 lonesome nights in October.

The second one is a graphic novel.  If you love graphic novels or never have read one and not sure where to start this is the one.  Oh and in case you didn't know Joe Hill is Stephen King's son! 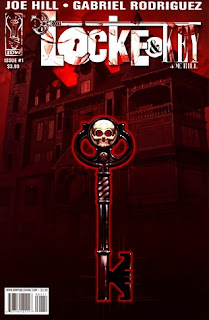 Locke & Key tells of Keyhouse, an unlikely New England mansion, with fantastic doors that transform all who dare to walk through them.... and home to a hate-filled and relentless creature that will not rest until it forces open the most terrible door of them all... Acclaimed suspense novelist and New York Times best-selling author Joe Hill (Heart-Shaped Box) creates an all-new story of dark fantasy and wonder, with astounding artwork from Gabriel Rodriguez.

And the last book I am going to mention I am hoping most of you have already read.  It is well thought out and really makes you think. 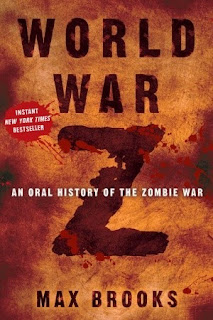 The Zombie War came unthinkably close to eradicating humanity. Max Brooks, driven by the urgency of preserving the acid-etched first-hand experiences of the survivors from those apocalyptic years, traveled across the United States of America and throughout the world, from decimated cities that once teemed with upwards of thirty million souls to the most remote and inhospitable areas of the planet. He recorded the testimony of men, women, and sometimes children who came face-to-face with the living, or at least the undead, hell of that dreadful time. World War Z is the result. Never before have we had access to a document that so powerfully conveys the depth of fear and horror, and also the ineradicable spirit of resistance, that gripped human society through the plague years.
Posted by Angela's Anxious Life at Thursday, September 13, 2012