I really enjoyed the graphic novel series Watchmen by Alan Moore.  Really amazing story, plus the movie was excellent. So when I heard there was going to be a Before Watchmen series I was very excited.  I couldn't wait for it to be released in volumes so I could get it from my library.  I know that it is written by different authors and Alan Moore did not sign off on the project. 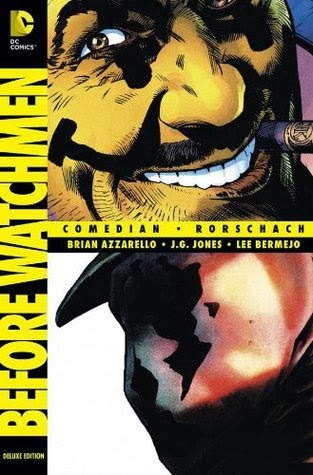 Let's start off talking about Comedian/Rorschach.  Unfortunately I never really liked the Comedian... so his back story was only mediocre to me.  It was all about the Vietnam War and his friendship with the Kennedy's. I am not sure though if this gives me more insight into the Comedian that I didn't get in Moore's comic. I found the Comedian's story bouncing around too.  Rorschach's story was a little better.  Here we see him try to fight crime and we do see why he becomes who he is.  I wish his story had been a little longer.  For me this one is a pass. 2 out of 5 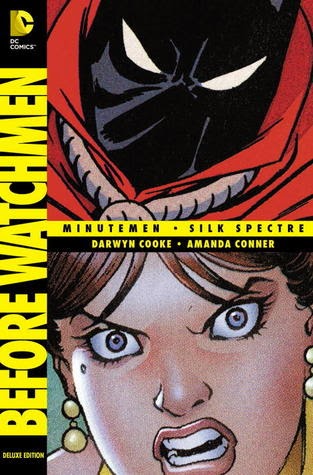 Next up I read the volume with Minutemen/ Silk Spectre.  In Minutemen we go all the way back to well before Watchmen.  We see the original crew.  We get to see Night Owl's (the original) tell all book and the fact that what he thought was the truth actually isn't.  The Silk Spectre plot shows her as a teenagers running away from her superhero mom.  The whole end of this comic though is everyone high and in San Fransisco.  Yes the art was neat and I enjoyed that but then again the story fell flat for me.  I do like to hear her thinking about her first impressions of the Watchmen when she is first invited to the club. 2 out of 5 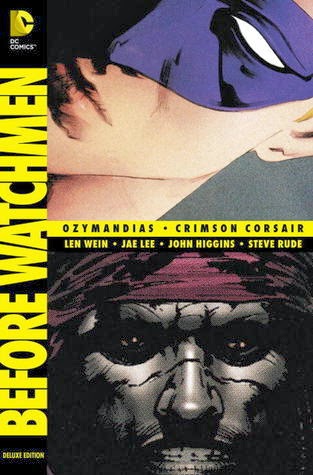 The next volume I pushed through was Ozymandias/Crimson Corsair.  I had to push through this one.  I love the artwork by Jae Lee.  I have loved his artwork since he did work on the Dark Tower comics.  I actually did enjoy seeing Ozymandias become who he is.  How he ends up being so rich and so obsessed with Dr. Manhattan.  But still these comics fall flat for me.  I like to see where his pet cat comes from and so on.  But Crimson Corsair??  Who is this guy??  I don't even remember him.  He is some type of sailor .. and let's be honest, this part of the comic was a DNF for me. I just couldn't bring myself to waste anymore time.  But since Jae Lee has such good art I'll post some of it! 2 out of 5 for the Ozymandias story. 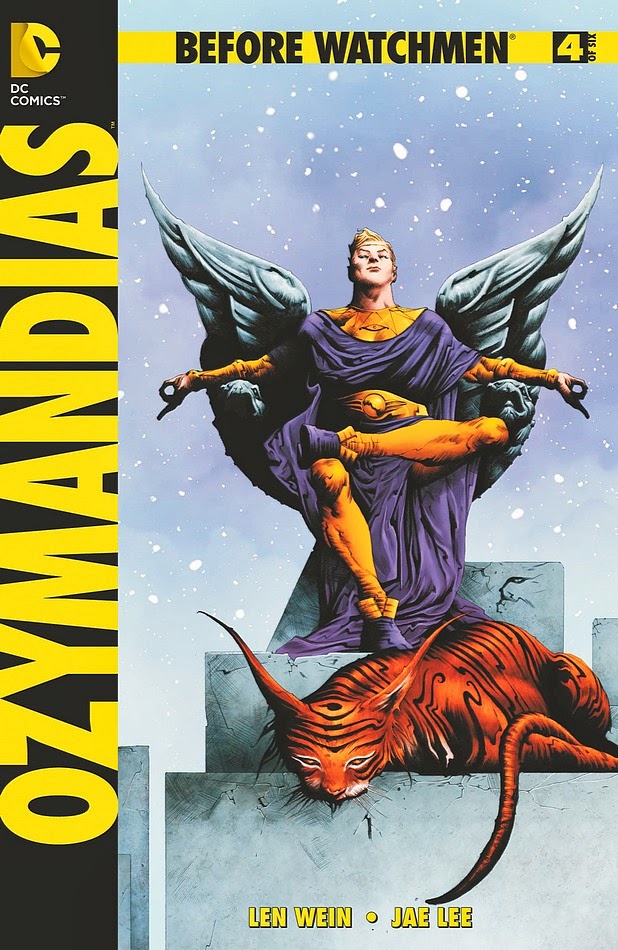 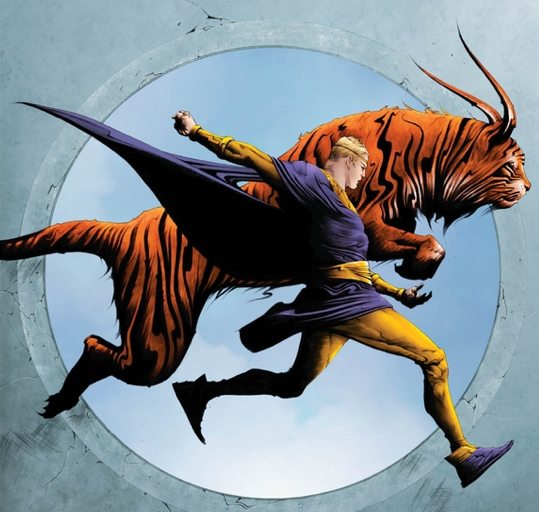 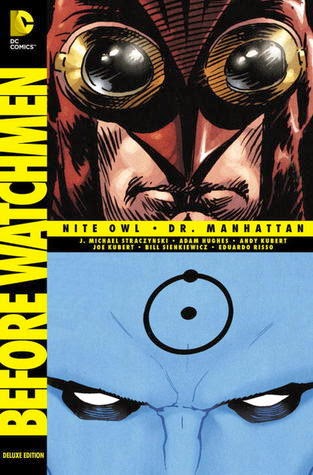 Next up and the final issue is Night Owl/Dr. Manhattan.   This was really the only decent comic out of ALL of these.  The Night Owl story was interesting and gave me more insight into the Watchmen world.  He is pared up with Rorschach and really we learn how they work as a team.  Dr. Manhattan was an interesting read.  We see him trying to figure out why he became who he became. We see him go into different timelines and try to change what happened to himself.  Dr. Manhattan's story has always bothered me.  I feel bad for him.  I wish for him to have a normal life but he will never.  3 out of 5 stars

In the end overall I think this is a boring series.  It took me a week to get through it and that is a long time for me.  I didn't even want to finish the series out but I did.   I found the series really weak and disjointed.  Nothing compares to the original Watchmen series by Alan Moore.  Perhaps it should've been just left alone. I recommend skipping this entire series and just loving the first Watchman.

I am now up to 30 books towards my Graphic Novel Reading Challenge!