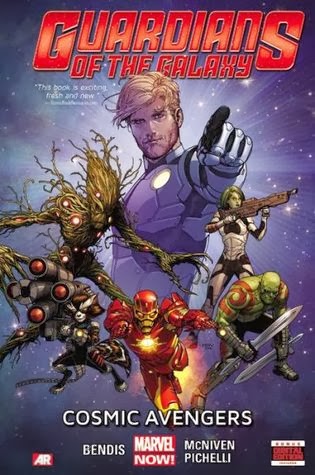 I love Guardians of the Galaxy (soon to be a movie).  I hadn't heard about the comic until the movie was being made.  I went out and hunted down these comics from my library.  There really aren't that many either.  There are like maybe 5 volumes.  This volume is the 1st one in the new arc (published in 2013).  I am trying to get the other comics from the library too but I think they are missing a couple of the older ones.  Honestly I love the characters in the book.  Now Iron Man is teamed up with the crew in the comic and I am sure that won't happen in the film.  At least not yet.  I really love the characters and can't wait to read more Guardians!  5 out of 5 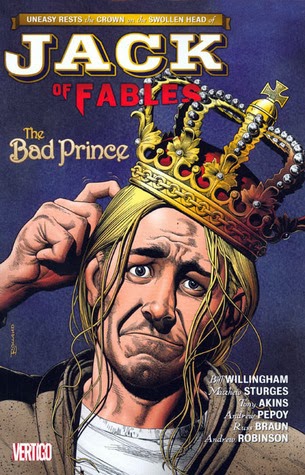 Jack of Fables is an OK spin off from the Fables series.  I just don't love it.  I was a little bored in this book.  This volume is about Jack finding out that he is actually a copy of another fable named John.  Then it is really just Jack freaking out about being this copy.  I did like the end story in the comic about Jack when he became Jack O'Lantern. That was a cool story about him making deals with the devil to extend his life.  Otherwise this volume really fell flat for me. Honestly it just didn't really move the story along to me. After reading some outstanding comics lately I can only give this one a  1 out of 5 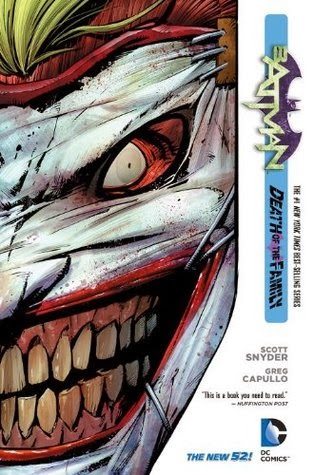 Next up I read Batman Volume 3 Death of the Family.  Now this is apart of the huge Joker arc that is going on through the Batman related comics.  I am glad I google some information on the order to read these.  This volume of Batman is not included in the omnibus Joker edition (reviewed below) so this one actually needs to be read before that one. For some reason the most important part is not included in that one.  Here we see how Batman and the Joker end up back together.  How Batman ends up at the dinner party Joker throws for him. This starts out after the Court of Owls story line where the Joker has been missing for a year and finally pops back up. Joker is SCARY.  He had his face removed and now pins it back on his face. Let's be honest he is crazy.  I enjoyed getting deeper into the world and the mind of the Joker. 5 out of 5 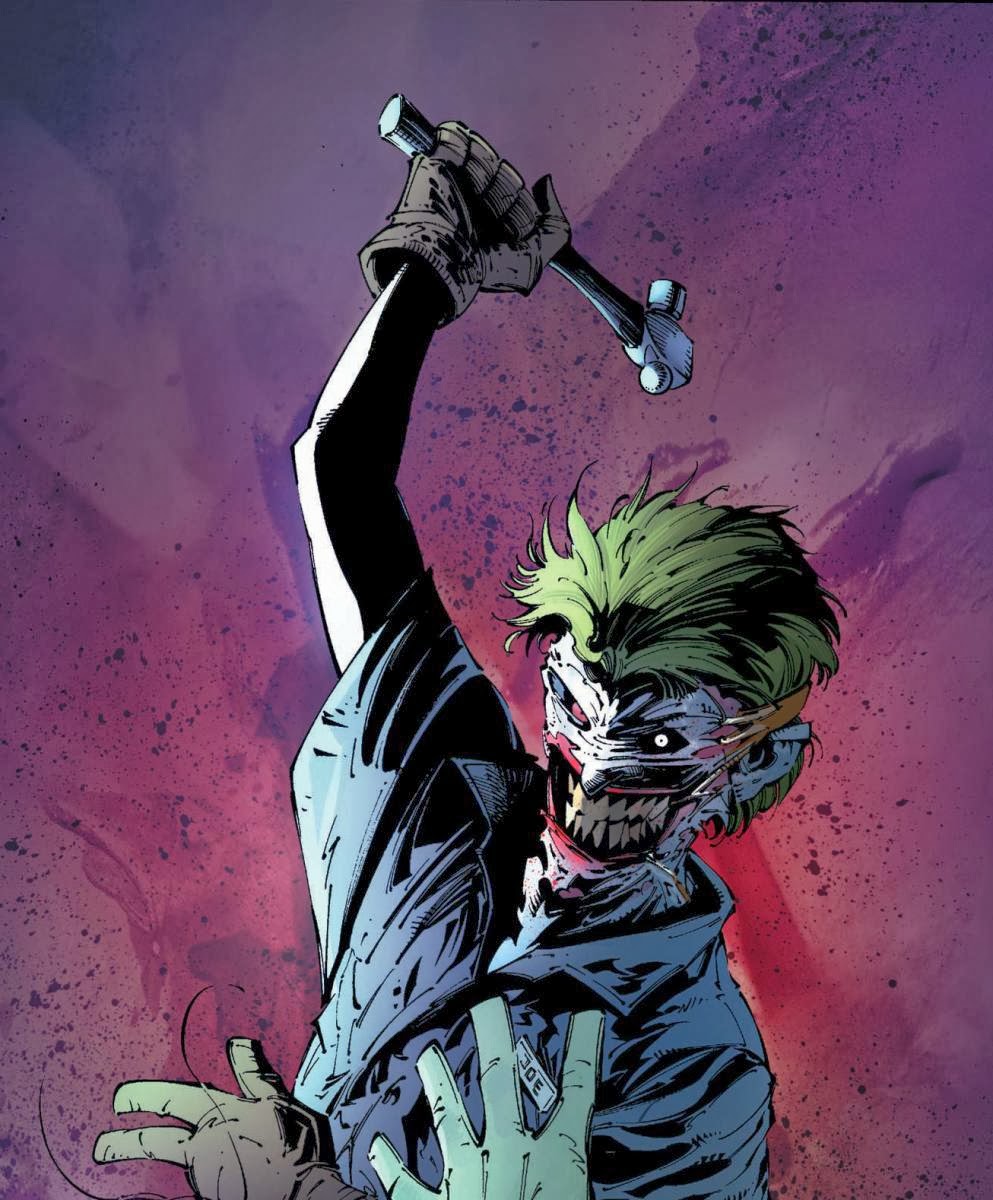 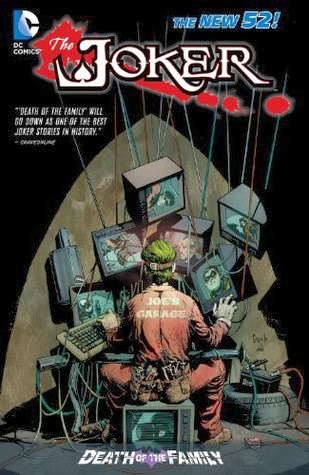 Finally we have the omnibus Joker edition.  This book includes all the various Joker stories (except Batman vol 3) into one.  Some of the stories I had read before in different characters comics so I was able to skip over those parts.  I love to see all the different character stories merge into one and the meetings that all the writers had must've been fun and amazing. To sit in a listen to them would've been something. The Joker is just plain insane and you believe even more after reading this.  He truly just wants to VS Batman and feels all Batman's sidekicks are making Batman weak.  He then has a huge "party" for all of them to join. I don't think you have to really read any other comics before starting this one except for Batman vol 3.  Sometimes there is a little information from a previous comic from one of the characters (Red Hood for example), but you should be able to figure it out.  WOW!  5 out of 5 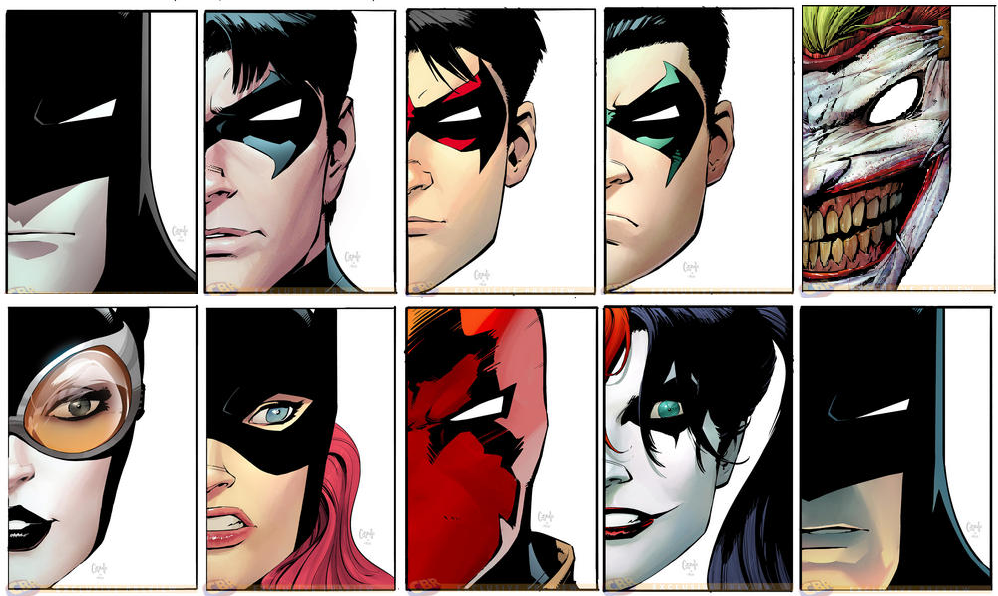 I am now up to 26 books towards my Graphic Novel Reading Challenge!

*** Make sure your Disqus ID has your blog listed in your profile so I can visit your blog back, or leave a link to your blog.  If you can't see the comments contact me.***