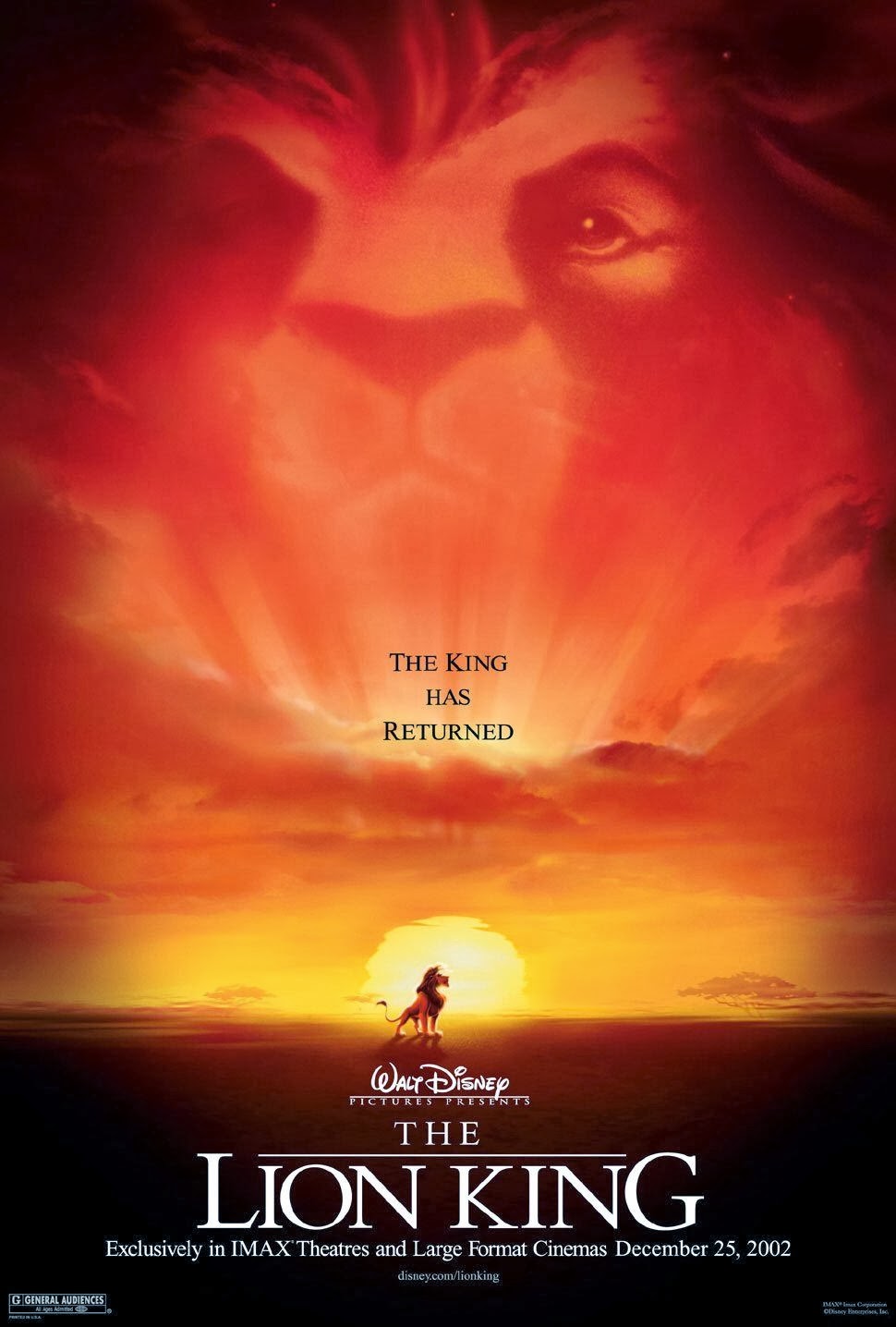 This week's Project Disney is The Lion King based off of Hamlet by William Shakespeare. You may have seen The Lion King but you may not have been aware that it is based off a play by Shakespeare.  For this Project Disney, Hamlet is actually the first time I have read Shakespeare.  Of course there are many differences.  We have animals VS humans. But.. if you think about it the two have a lot of comparisons.  A jealous brother (Claudius) kills the king, and then the son (Hamlet) finds out and wants to get revenge on his uncle.  There are two characters in the play named Rosencrantz and Guildenstern who distract Hamlet.  In the movie this is  Timon and Pumba who distract Simba.  The Lion King has many inspirations including the Bible (Joesph and Moses' stories), King Author, and other Shakespeare plays but the one I chose to go with is Hamlet.  Of course the biggest difference between Hamlet and The Lion King is that everyone dies in Hamlet.


While looking through the internet there is extensive research on comparing The Lion King and Hamlet. So let's talk about the Lion King plot first. I won't give too much because... well hopefully you have seen this movie. Africa's savannah is very excited because of the birth of a new lion cub. This lion cub, Simba is the son of the King of the jungle, Mufasa which makes Simba next in line to the throne.  Scar, the uncle, is displeased with this and decides to murder both Simba and Mufasa. Scar lets Mufasa fall off a cliff (such a tearjerker!!) and tells Simba it's all his fault. One of the differences between Bambii and The Lion King is that Bambii never actually sees the body of his mother.  Simba actually does find his father's body which is so sad to watch. So Simba runs away and luckily makes friend with meerkat and warthog duo Timon and Pumbaa.  He grows up and then Nala a childhood friend comes and finds him and tells Simba to come back to the herd to get rid of Scar.  Which they do and Simba and Nala have a little baby of their own to continue the Circle of Life.

I think another reason this is such a loved movie is because Disney does such a good job of even the side characters.   There is aside from Timon and Pumbaa, Rafiki the mandrill, Zazu the hornbill, and the hyenas (does anyone know their names???).   In both Hamlet and the Lion King there are ghosts.  Simba and Hamlet both speak to their father's as ghosts.   Rafiki and Zazu provide Simba with guidance while Hamlet really has no one to guide him.  By the way.. Rafiki and Zazu are pretty hilarious on screen.  And the voice actors in the film!! YES!!!  James Earl Jones, Whoopie Goldberg, Jeremy Irons, just to name a few.

The music in the film is also another reason it is so successful.  I love singing to the songs.  I have even been to the Broadway Show of the Lion King which is absolutely fabulous. If you ever have a chance to see it, go! Songs like "I Just Can't Wait to be King" and the "Circle of Life" are masterpieces, not only in the film by also on the radio version performed but Elton John.

When I was younger I didn't LOVE this film.  But the more I watch it and the more I really listen and try to understand the story the more I love it.  I appreciate it more and more. Especially after reading Hamlet and relating that book to the film.  This is actually a really deep Disney film.  It really shows to me how important good friends and family really are.  It is also one of Disney's darkest villains, Scar.  Honestly I think this film does a fantastic job of showing how one goes through grief and has to go on with life.  It's beautiful when Mufasa tells Simba that anytime he feels alone to look up in the stars and he will always be there for him.

Check out my other Project Disney:

Snow White
Cinderella
Peter Pan
Treasure Planet
Sleeping Beauty
The Great Mouse Detective
The Hunchback of Notre Dame
The Princess and the Frog
Pinocchio
Fantasia
Beauty and the Beast
Lady and the Tramp
Alice in Wonderland
The Rescuers
The Rescuers Down Under
Tangled
Oliver and Company
Mulan
The Little Mermaid
Bambi
101 Dalmatians
Frozen
Fantasia 2000
The Jungle Book
The Emperor's New Groove
The Sword in the Stone
Aladdin
Atlantis
The Many Adventures of Winnie the Pooh
Winnie the Pooh (2011)
Robin Hood
Hercules
Pocahontas
Dumbo
The Black Cauldron
Mary Poppins
Lilo and Stitch
The Adventures of Ichabod and Mr. Toad
Make Mine Music
Tarzan
Fox and the Hound
Melody Time
Posted by Angela's Anxious Life at Friday, March 21, 2014