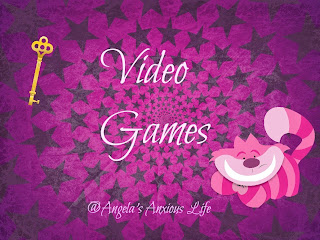 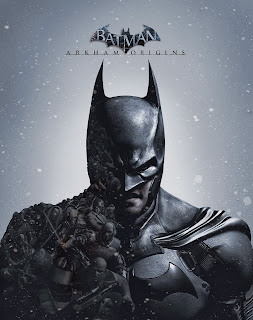 Finally I got my hands on this game!  My library finally has it for check out.  I actually requested it way back in September before it came out and I got a notice on my account that they were going to order it.  It was still on my list so finally I emailed them last week and was like... um why I am waiting three months for this game and then walla they got it!

For me this game was just as fun as the first two in the series (Arkham City, Arkham Asylum). I know there were some complaints about it being too similar to the first two games.  I enjoy this myself.  Sometimes I think when a game keeps trying too hard to better itself then it only gets worse. I also enjoy that this is a prequel game.  When get to see Batman discover the Joker, a villain he hasn't met before.  I was a little worried about this game since this time around it's made not by Rocksteady and then was switch to WB Montreal.  Not sure why game makers switched but I think it turned out OK. 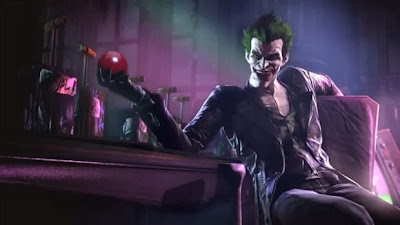 These games are open world games but at the same time there is a main story line.  So you can run around and do side quests or follow along the main story.  I pretty much skipped a lot of side quests since this was a rental game and I don't have all the time in the world with it. I love that there is a fast travel system that allows you to bounce all over the map without having to take the time to walk and swing all over Gotham City.

There is also a detective mode this time around.  You get to go into crime scenes and use your detective vision to figure out a crime scene. I love the fight scenes so much.   The combat is fun to do and Batman has great tricks up his sleeve.  There are a lot of villains this time around that want to kill Batman because there is a bounty on his head.  He meets Bane, Black Mask, Deathstroke (a tough fight with him) and others. I also think it's neat that this game takes place at Christmas.  This gives the game a creepy feel.  There are Christmas lights, trees, and snow on the map. CREEPY! 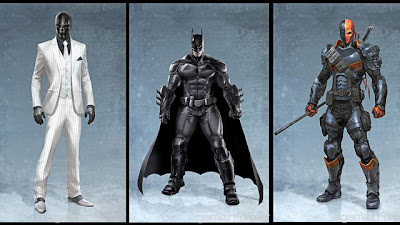 There is a multiplayer on this game too.  I didn't get to play it myself because I let me Xbox Live expire until I get Xbox One.  I have been to a friends house though who places it on PC and watched him play it and it looked like a lot of fun.  I really really loved seeing the trailer when the game first came out. I have always been interested in Batman's story.

The game play here is fun.  If you enjoyed the first two Batman games you will for sure love this one.  8 out of 10!
Posted by Angela's Anxious Life at Friday, January 17, 2014