This time around I've read a few great graphic novels. One I received from Netgalley for free for an honest review, Mass Effect Foundation Volume 1 ,  Justice League Volume 3 The New 52 Throne of Atlantis, Jack of Fables Volume 2 Jack of Hearts, and Nightwing Volume 2 The New 52 Night of Owls. 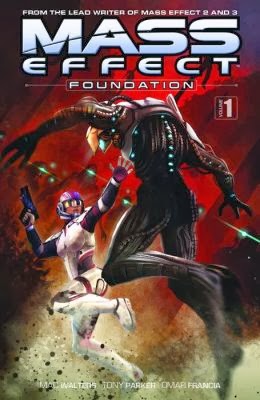 I was a big player of the Mass Effect games.  I played all three and just really had a good time.  So when I saw Mass Effect Foundation Volume 1 (by Marc Walters, Tony Parker, Omar Francia) on Netgalley I totally requested it. Looks like the volume includes issues 1-4 from a 13 issue arc.  I thought this comic was OK.  I think if you are not a Mass Effect video game player you won't like it at all.  You will probably be confused about the universe. This is supposed to be an origins story I think but so far we really haven't seen a lot of characters yet.  Maybe if Volume 1 had collected more then just 4 of the comics it would've sucked me in more. I thought it was a really short volume.  I really liked the art so that is a plus!  2 out of 5 stars 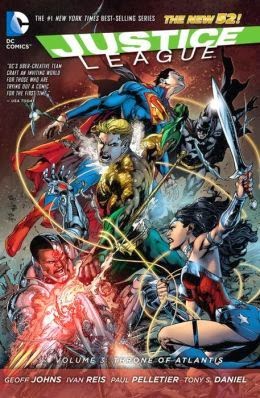 Next up we have volume 3 of the Justice League New 52 Throne of Atlantis by Johns.   I really enjoy the Justice League comics that have come from the New 52. I love the artwork in this one as usually.  So amazing to see. Superman and Wonder Woman still have a relationship going on which is fun to read about.  I do think you need to read the Aquaman comics before reading this volume.  You don't have to... but it will add to your enjoyment of the story since the main villains in this are from those comics.  I also really love the interaction between Batman and Aquaman in this as each deals with wanting to lead the Justice League.  We also get a story of a Wonder Woman villain Cheetah which I remember loving as a little girl.  Great comic!  5 out of 5. 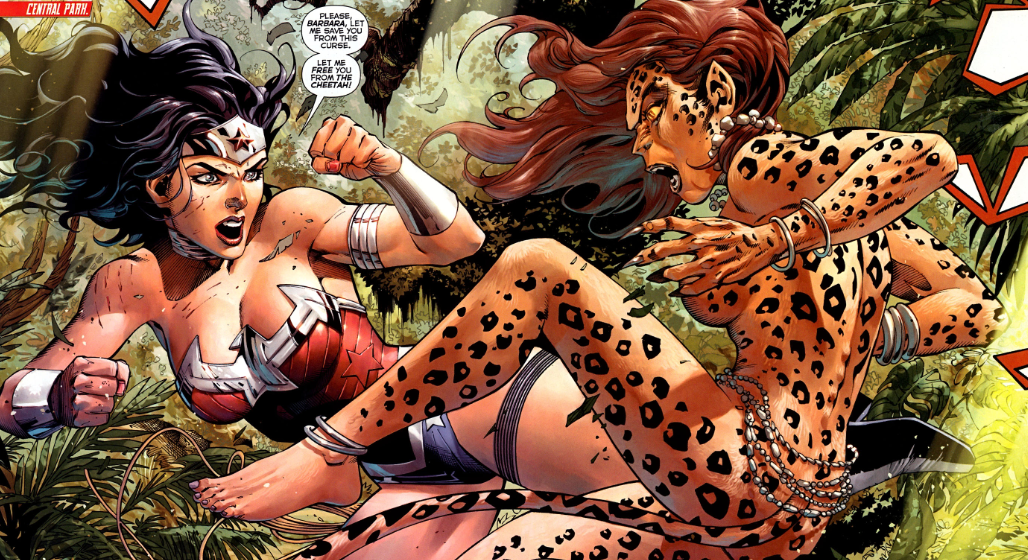 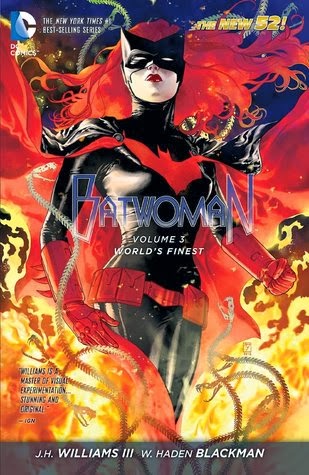 Batwoman Volume 3 World's Finest The New 52 by JH Williams and W. Haden Blackman, wasn't as good to me as the first two volumes in the series.  This one went a little bit in a strange direction.  Some of the art was a little too complex for me.  I was looking all of the pictures trying to find where to read next.  Wonder Woman appears in this issue and maybe that's the problem. I just don't love a Wonder Woman/Batwoman team up.  I am sad that the creators/writers have left the series.  They had a disagreement with DC on where Batwoman's relationship was going to go.  The writers wanted to have a wedding between Batwoman and her partner in the next issue but DC declined on this plot. The writers remarked that they were not allowed to expand Killer Croc's back story, keep their original ending, or show Kate (Batwoman) and Maggie (her partner) getting married.  DC announced that Batwoman cannot get married because "heroes shouldn't have happy personal lives".  3 out of 5 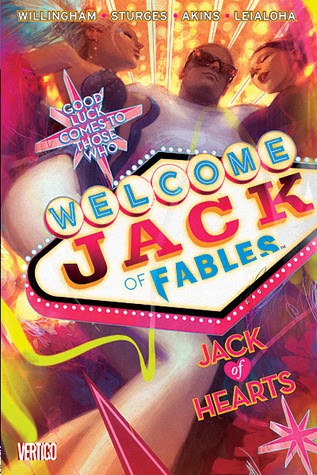 Jack of Fables Volume 2 Jack of Hearts by Bill Willingham (a spinoff from the Fables comics) was great.  I really love Jack.  He is a man whore but luck always gets him back.  In this issue we get to see when he is Jack Frost.. a hilarious story.  I like sometimes when Jack actually speaks to the reader while telling his stories.  One page there is a drawing of him looking back at us and it's so funny. I have noticed a lot of reviews about Jack of Fables where people don't like these comics as much as the Fable ones but that's because I think these are more humorous.  Jack lives life on the edge and just doesn't care.  He only wants sex from woman and he wants money.  I think the authors do a good job with this though. Jack is a jerk and usually ends up getting maimed.  If this is not your style then you won't like these comics.  But I like the gritty humor.  5 out of 5

I am now up to 9 books towards my Graphic Novel Reading Challenge!